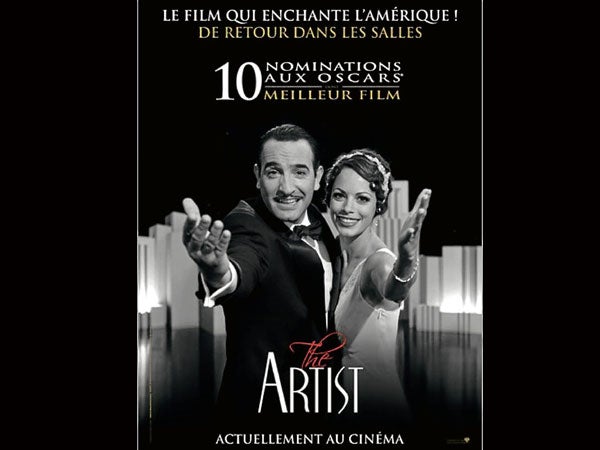 This year’s French film festival kicks off the events for the second half of the year of FrancoPhil, a yearlong series of cultural events organized by the Embassy of France in the Philippines and Alliance Française de Manille.

“FrancoPhil is a play on the word ‘Francophile,’ meaning a lover of French culture, and is a celebration of the ties that bind French and Filipino cultures,” says Astrid Renoux, cultural attaché. “It also highlights the collaboration between French and Filipino artists in many of the events.”

The film festival opened last weekend with the Philippine premiere of the romance-comedy “The Artist,” written and directed in the style of a black-and-white silent film by Michel Hazanavicius. The 2011 film reaped multiple awards from the Cannes Film Festival, British Academy of Film and Television Arts (Bafta), and Academy of Motion Picture Arts and Sciences (Oscars).

The film festival will be held in Manila until June 17 at Shangri-La Mall; and in Cebu June 21-23 at Ayala Center. Most films are free on a first-come, first-served basis.

Now on its 17th year, the festival will include an Olivier Assayas retrospective featuring seven of his films “chosen to demonstrate the great diversity in his topics and styles.” Assayas is considered “one of the most significant bodies of contemporary cinema in the whole world.”

This year’s Fête de la Musique, a showcase of “music of all genres from classical to rock bands and DJs” usually done in closed-off streets, will be held on June 23 simultaneously in Manila (Makati Avenue), Cebu (Ayala Center) and Bacolod (Café Joint art district).

Along with various Filipino bands, this year’s featured French group is the DJ collective Chinese Man.

As part of this year’s WiFi Body Independent Contemporary Dance Festival, FrancoPhil will bring over Emmanuel Serafini, director of Avignon Choreographic Center, for a talk on European Contemporary Dance on June 27 at the University of the Philippines.

FrancoPhil is also screening dance films on June 13 and 20 at the Alliance Française de Manille (Nicanor Garcia St., formerly Reposo, Makati), and on June 28 at Lyceum of the Philippines University.

On July 10-14, there will be a free workshop at AFM with French textile experts from Institut Supérieur du Textile Alsace, on the development and use of Filipino natural resources such as nipa.

“The workshop is open to Filipino weavers, fashion enthusiasts, and the general public,” says Renoux. “It aims to help participants produce nipa-weaving for the textile industry according to international standards.”