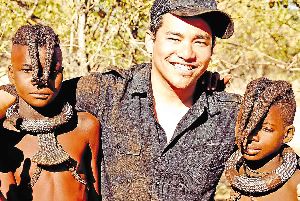 But at an age when most 20-somethings live in only one of two states—being drunk or hung-over—or are desperately trying to figure out what it is they can possibly do with their lives, Selma is already a multi-awarded designer. His impressive client list includes Nelson Mandela and Saudi Arabian royalty, and his pieces are already being sold in 29 different countries.

Selma was named one of 61 Artists that Will Change the World in the Philippines Yearbook 2009 and one of 24 in Preview magazine’s Creative “It” List of 2008. His most recent recognition includes the Mugna Awards for both Material Innovation and Contemporary Furniture Design in last year’s Cebu NEXT furniture show.

He recently entered a multi-disciplinary competition in Spain for emerging designers, the Espacio Nudage, and is one of 40 young designers chosen from around the world, and one of the elite 10 chosen, to exhibit their work in Santander. “I am one of the three Asians chosen, and I am very proud that my work is 100 percent Philippine- made,” Selma said.

Stark in their simplicity, Selma’s pieces are defined by clean and straightforward patterns. He coaxes wood—his choice material—to form complex contours, often pushing the limits of what it is capable of and what is expected of it without ever compromising its functionality.

He describes his approach to his craft not as a maker molding a piece of material to suit his whim but rather as an artist responding to his muse or inspiration, drawing out its essence and coaxing it to strike its best pose for all the world to see. In the end, each piece has the substance to support the style. 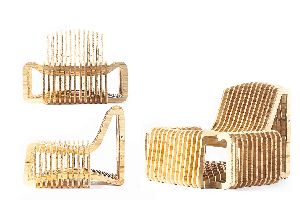 One of his award-winning pieces is the Geo coffee table. A three-dimensional play of lines to create an illusion of curves, the Geo is Selma’s take on string art, except he uses wood instead of wire or thread. Using excess wooden legs and handles from their factory, he ran them through a dowel machine to create the dowels, which he then arranged to mimic lines in perpetual movement. Brilliant yet ironic for a kid who hated math, but was good at it anyway.

He was on his third year of Interior Architecture at The Academy of Art University in San Francisco when he quit after realizing that furniture design was just one of the courses and not the primary focus of the undergraduate degree. He is taking up his Master’s in Industrial Design in his dream school, the Scuola Politecnica di Design, in Milan, essentially skipping an undergrad degree.

Such has been life for Selma. The universal lesson to motivate children and give them a sense of purpose in life—“whatever you do, do it well”—implies they need to resist mediocrity. 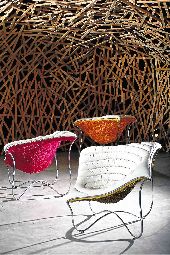 In Selma’s case, however, he seems to have been born the golden child, naturally good at everything, including the things he doesn’t enjoy doing. He has the vision and eye for beauty, and is gifted with the hands to create it. He is an overachiever in the best—or worst—sense of the word, because he succeeds without trying.

Selma can also draw, paint, cook, design living spaces and take photos. And he can do these things exceptionally well. In fact, he admits that photojournalism is his number one love, while design is just something his parents wanted him to pursue.

Inspired by National Geographic magazine as well as the poignant work of the British humanitarian photojournalist Kate Holt, Selma had his first solo photography exhibit featuring a tribe in the Namib desert in Cebu’s 856 Gallery last year. The exhibit raised funds for a South African orphanage whose kids have lost their parents to AIDS.

Africa holds a dear place in Selma’s heart. He has lived in Johannesburg, where he completed three internships with celebrated interior designer George de Haast, whose aesthetic and design of living spaces have helped shape his own artistic taste and consciousness.

It was during his internship with Haast that Mandela was drawn to Selma’s works and bought them for his home.

Also, during these internships, Vito decided to take a side trip to what would become one of his top travel destinations and the subject of his photo exhibit, Namibia.

“There is nothing like it anywhere else in the world,” he declared. “Everything is orange-toned—people’s skin, the dunes, the day. The whole day looks like sunrise or sunset. And what’s really beautiful is when you start your day looking at the sunrise on a dune, it’s just incredible.” 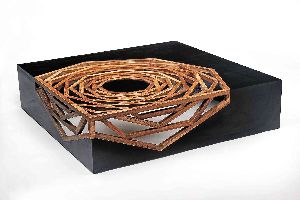 He combines the natural beauty and mysticism of Africa with the simplicity and practicality of Scandinavian and Japanese design in his own work, and is largely inspired by his travels. In fact, Selma’s living creed is a line from one of Tolkien’s novels, “Not all who wander are lost,” which allows him to justify not just his wanderlust, but also his relentless pursuit of all things artistic as a form of self-expression.

For more information on Vito Selma, visit his website at www.vitoselma.com