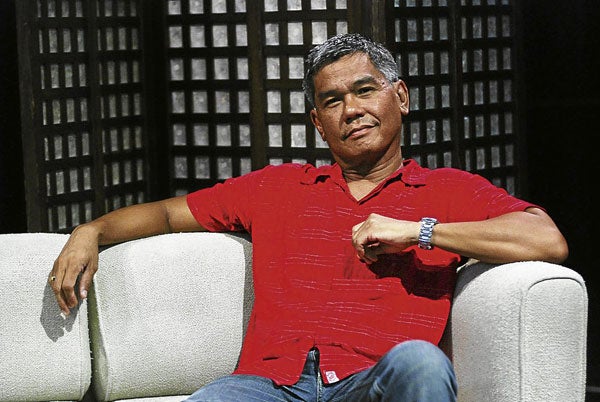 “What’s the point of writing an award-winning play if, for decades, it has remained a manuscript in a glass-encased air-conditioned library in Makati City or a chapter in a textbook being read by students required by their professors in Literature or Humanities class? What’s the difference between ‘literariness’ and ‘theatricality’ of a play?”

On its seventh year, the recently concluded two-week-long Virgin Labfest (VLF) at the Experimental Theater (Tanghalang Huseng Batute) of the Cultural Center of the Philippines tried to answer these questions as it featured more first-time playwrights with their never-been-staged works finally going into production.

“Because most award-winning plays, they are known for their literary merit,” said director Chris Millado, head of the Cultural Center of the Philippines performing arts department and VLF artistic director. “But sometimes, these prized works are difficult to stage. They have so many requirements and more often than not, they are better read than staged.”

Which brought us to a more puzzling question: If a play is more of literary work but, as Millado described it, “unstageable,” why call it a stage play in the first place?

With the VLF, Millado said, “The focus has always been the playwright, so their work is king. VLF is neither a director nor an actor’s festival, it’s a playwright’s festival.”

VLF co-founder and this year’s festival director and dramaturg Rody Vera explained: “During the screening process, whatever a playwright submits is not necessarily a finished work because it requires the participation of the director, the actors and the rest of the production, including the audience.”

In short, the manuscript that a playwright submits for the VLF has always been a work in progress, just like scripts for the movies. That’s why he finds it frustrating if the playwright, probably out of laziness, pressing matters outside of theater or—gasp—his pure genius and eccentricity, refused to attend rehearsals.

“The writer would just tell the director, ‘ahh, surprise me.’ He will surely be surprised, but will it be in a good or bad way? With that attitude, it defeats the purpose of the festival. I am not saying the director or the playwright is wrong because all the creative energy must serve the development of the play,” Vera said.

He added the interaction that would take place among the actors, directors, lighting designers, stage designers, sound designers and even the audience is what makes the play complete, the text alive for everyone to enjoy.

He cited the published works of the greatest of them all, William Shakespeare.

“The texts or books of Shakespeare that students read nowadays are the final products of several productions centuries ago. They’ve gone through the grinding process of the stage.”

Validation on the stage

It’s the kind of hubris that the playwrights in the annual VLF experienced. Incidentally, during the actual staging of their works, many have yet to win awards like the Palanca, which is regarded the country’s premier literary contest.

This brings us to the question: If the plays that had been “devirginized” at the annual VLF are compared with those that had won literary awards but have never been staged, logic dictates that products of VLF has become more refined and, for lack of a credible phrase to describe them, more deserving to be called stage plays. They are staged plays. Blatantly put, does that mean a VLF-staged play is more credible than a never-been-staged Palanca-award winning manuscript?

“Not necessarily,” said Millado, “Remember that the Palanca is a literary award. Most of the time you judge because of its literary merits. Sometimes you find winners (manuscripts) that are difficult to stage. It may not play as well. It requests so many things for a production to stage.”

Vera has a more diplomatic approach. “I’d like to think the VLF complements contests like the Palanca,” he said.

Many times in the past, VLF-staged plays eventually won all slots in the one-act play, Filipino division, in the Carlos Palanca Literary Contest. A perfect example was Job Pagsibigan’s appropriately titled “Palanca On My Mind,” which was part of VLF in 2006 and won first prize in the same year’s Palanca.

“The bottom-line is, if you are a serious playwright, think of it this way: Your one foot is on literature, the other is on the production side,” said Vera. In a way, the perceived uber ‘literariness’ of one’s work is cured once it is entrusted to a production or a theater company.

Even veterans like Floy Quintos and Vera himself entrust to others in directing their works.

Without mentioning names, Millado agreed, saying, “That’s why next year, we will recommend that playwrights not to direct their own plays. Based on my own experience, it would be better if you entrust your work to another creative mind. It enhances the work. Always remember that theater is a collaborative process. The writing process continues inside the theater.”

With VLF being a festival basically of one-act plays for the last six years, Vera observed that some “devirginized” works had been developed into full-length (three-act) plays or screenplays.

For example, Vera cited Layeta Bucoy’s “Doc Resureccion: Gagamutin ang Bayan,” which was a major hit when it was initially staged in 2009 for VLF 5. It won first prize in the same year’s Palanca and has been toured in campuses. It was restaged in VLF 6 last year. Now, Vera revealed, it has been developed into a screenplay and was considered for this year’s Cinemalaya Independent Film Festival.

Whereas in the previous years the submission of entries for the VLF has been limited to members of the maverick and dynamic group of playwrights called Writers Bloc, which Vera was a founder, this year’s VLF was opened to all aspiring playwrights in the country.

Last year there were 50 plays submitted. This year it gathered 105 entries—about 22 full-length and 83 one-act—from all over the country. Eventually, only 10 were chosen—nine one-act plays and one full-length—plus three for staged readings. And if during the previous years the deciding panel consisted also of Writers Bloc members and perennial partner, Tanghalan Pilipino Inc., now Vera sought the help of topnotch stage-film-radio-TV actress Shamaine Centenera-Buencamino and Maribel Legarda of the Philippine Educational Theater Association.

Only three playwrights from Writers Bloc were included but the rest were all virgins.

The VLF 7 was successfully closed yesterday (Sunday) but submission of entries for VLF 8 has been opened until March 31 next year. (As the paper goes to press, in a farewell speech after the final curtain call Sunday night, Vera announced he will transfer his stewardship as festival director of VLF 8 to acclaimed actor-playwright-director Tuxqs Rutaquio. As actor, Rutaquio is popularly known for his role as Ada in the longest running original Filipino musical, Tanghalang Pilipino’s “Zsa Zsa Zaturnahh: Ze Muzical”—Ed.) Vera and Millado said one-act plays must have a maximum running time of 40 minutes while full-length works must have minimum running time of one hour and 20 minutes and maximum of two hours. Works may be in Filipino or English, though for 2012, the VLF has been opened to Cebuano, Ilocano and Hiligaynon. Plays for children are also encouraged.

“This only means theater and playwriting are very much alive in our country,” said Millado.

Entries for VLF 2012 can be emailed to [email protected] or [email protected] in document or PDF files or as manuscript delivered in two (2) hard copies to Dramatic Arts Division, Performing Arts Department, Cultural Center of the Philippines, Roxas Boulevard, Pasay City. Submissions must indicate name, contact details of the playwright.