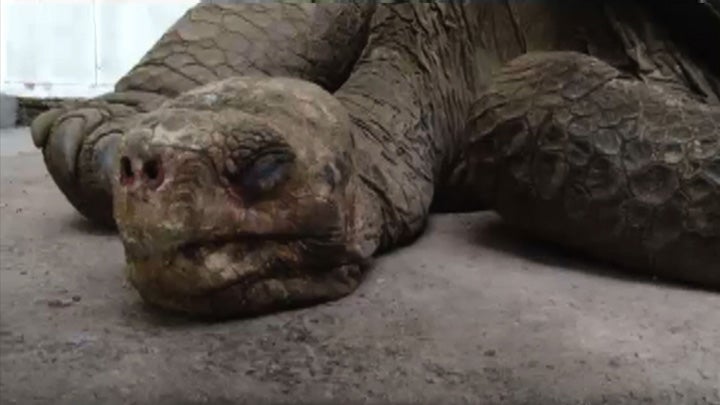 QUITO—Lonesome George has died, leaving the world one subspecies poorer.

The only remaining Pinta Island giant tortoise and celebrated symbol of conservation efforts in the Galapagos Islands passed away Sunday with no known offspring, the Galapagos National Park in Ecuador said in a statement.

Lonesome George’s longtime caretaker, Fausto Llerena, found the giant tortoise’s remains stretched out in the “direction of his watering hole” on Santa Cruz Island, it said.

Estimated to be more than 100 years old, the creature’s cause of death remains unclear and a necropsy is planned. Lonesome George is being kept in a cold chamber to prevent decomposition prior to the procedure.

Lonesome George was discovered on Pinta Island in 1972 at a time when giant tortoises of his type, Geochelone nigra abingdoni, were already believed to be extinct.

Since then, the animal had been part of the park service’s tortoise program, but repeated efforts to breed Lonesome George failed.

“The plight of Lonesome George provided a catalyst for an extraordinary effort by the government of Ecuador to restore not only tortoise populations throughout the archipelago but also improve the status of other endangered and threatened species,” the park said.

In honor of Lonesome George, it said it was convening an international workshop in July on management strategies for restoring tortoise populations over the next decade.

“Lonesome George’s legacy will be an increased effort in both research and management to restore his island of Pinta and all of the other giant tortoise populations of Galapagos,” it said.

The Galapagos Islands, situated about 1,000 kilometers (620 miles) off Ecuador’s coast, are considered a haven for tortoises.

There are about 20,000 giant tortoises left in the Galapagos, according to the park’s website. They are believed to be able to live up to the age of 200.

The Galapagos gained fame when Charles Darwin visited in 1835 to conduct landmark research that led to his revolutionary theories on evolution.

The archipelago has been a UNESCO World Heritage Site since 1978 for the rich plant and animal life found both on its land and in the surrounding sea.

In 2007, the organization declared the island chain’s environment endangered due to the increase of tourism and the introduction of invasive species.