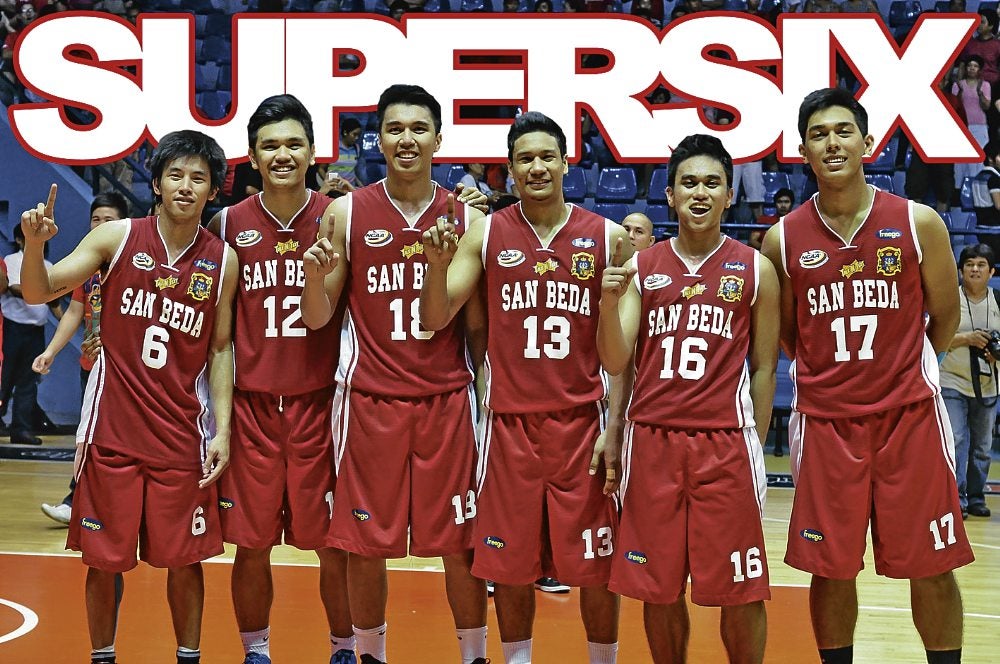 History continues to be written.

It’s a known fact the San Beda Red Cubs junior basketball team, currently with 19 championship titles, has produced, and is continuing to produce, some of the greatest collegiate and professional players in the Philippines.

However, it’s also a known fact that most players from the Red Cubs program often transfer to UAAP schools.

But, in recent years, key players have also made the jump from the Red Cubs to the Red Lions. Names like Ogie Menor, J.R. Tecson, Jay-R Taganas, Borgie Hermida, Dave Marcelo and Garvo Lanete have been hailed for their contributions in the three-peat from 2006 to 2009, as well as  back-to-back championships from 2010 to 2012.

It was unusual to see only six valiant men in red and white entering the court; nonetheless, the Bedan crowd was on its feet.

Being in an advantageous position, the Arellano crowd was also in a frenzy as its 15-man lineup ran in. That moment, most people thought it a daunting task to outlast 15 men. But to doubt its heroes is not the Bedan way.

The heart of the lion prevails

As the second quarter ended with the Chiefs leading by only two, it became evident that the depleted lineup still had a chance.

That spark of hope turned brighter at the end of the third quarter—the Red Lions were leading by nine (63-54).

At the start of the fourth quarter, the Bedan Red Army almost went berserk cheering. Each point by the Red Lions made the Bedan fans jump from their seats.

Down to five men, with Jun Bonsubre fouling out, the odds seemed against the mighty “Super Six.”

With five minutes left in the fourth quarter, tension filled the San Juan Arena. The Lions smelled blood. The two-digit lead of the Red Lions went down to as low as four. One had to be lion-hearted to surmount that moment.

“Bring out the challenges, we’ll win them all,” as the lyrics of the Bedan hymn go. Truly, the display of unity by the players, the coaching staff and the crowd defied adversity. There is no “I” in team, as they say.

One of the themes of the Rule of St. Benedict is the appreciation of community life, how one individual can develop by living side by side with another.

The Bedan community, the Red Army, students and alumni alike, show their support and appreciation for the hard court heroes for bringing pride and glory to the Lion’s den.

In addition to that, Ora et Labora (pray and work), the motto of St. Benedict, was truly shown by the young Lions.

They willed and worked their way to victory and dedicated it to the glory of God as they sang the Bedan hymn, “For San Beda, our country and God.”

The cubs have turned into lions. The maturity and skill the “Super Six” showed earned them much respect.

The Red Lions are on the right track to making “R3p3at the 3-P3at” a reality, as they start NCAA Season 88 with a 1-0 record and soaring momentum.