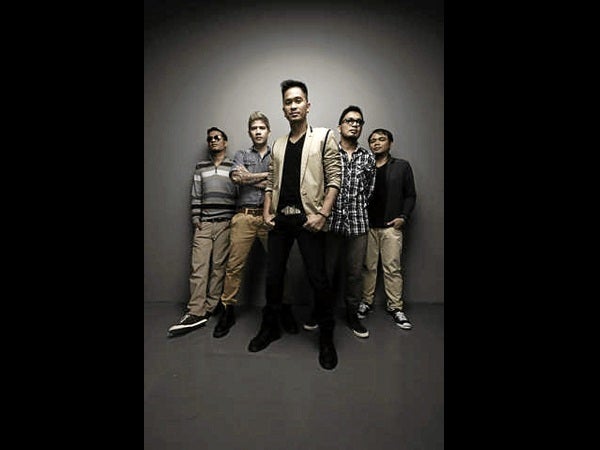 The world spins anew for 6cyclemind

They might have made a name for themselves over the years with local radio staples like “Biglaan,” “Sandalan,” “Magsasaya,” “Aaminin,” “Kasalanan,” and the ultimate inuman anthem “Sige.” But after a decade of churning out OPM hits, the boys of pop-alternative band 6cyclemind (6cm) now see themselves at a turning point in their career, one that usually spells trouble for most other bands: they’ve lost their vocalist.

In an unexpected turn of events, front man Ney Dimaculangan left the band, citing burnout. He couldn’t be blamed, really; they had just completed a demanding nationwide tour the previous year as part of Tanduay Rhum’s First Five, and with the many commitments that came with their mainstream success, they were simply not given the chance to rest, recoup, and rethink their next step.

Ultimately, it was decided that drummer Tutti Caringal—who’s also the front man for local rock band Protein Shake—should fill in Dimaculangan’s shoes. A risky move, but one that actually worked. Despite initial doubts, loyal fans embraced the change, which soon led to a fresh bout of gigs all over the country for Caringal and the rest of his bandmates: guitarists Rye Sarmiento and Herbert Hernandez, bassist Bob Cañamo, and new drummer Vic Aquino, formerly of Protein Shake.

Apart from fan support, 6cm also owes a large part of their newfound success to the overwhelming morale boost they’ve received from friends and peers in the music industry. For the new album (their first with Caringal taking the lead), the band had several bigwigs working with them to help create a new spin on the 6cm sound. Raimund Marasigan, having gone through a similar experience with Sandwich, offered to produce and play drums for the recording sessions, while Marasigan’s former Eraserheads bandmate Buddy Zabala and Gaijin’s Jessie Grinter chipped in on the fine-tuning process.

The result? The 11-track “Good By Sunday”—a fresh, fun sound that has the original 6cm appeal, but infused with a different kind of energy that just might attract new followers to join the band’s wide fanbase. It contains all-original compositions written in Tagalog, with the title track as the lone English offering. “Basta Ikaw,” the CD’s carrier song, is currently number one in MYX’s OPM countdown chart; the music video stars YouTube sensations Jamich and DJ/model Jinri Park. The album was recently launched at ’70s Bistro, where part of the video was also shot.

To date, 6cm has over thirty live dates already scheduled in key cities and provinces throughout the country. Just recently, the band signed on as brand endorsers of Suzuki in the Philippines—a good (and timely) omen, if anything, since it looks like the boys will be on the road for a while.

But on a creative note, these key departures—both literal and musical—all seem to be working to the band’s advantage. Sometimes change can be good, if not better, and these guys have the rest of 2012 and beyond to prove it. When asked to give one word to describe their new album, they simply replied, “New.” Really, there isn’t any other word that’s more fitting, because it’s not just about a new vocalist, or a new direction; it’s a new experience altogether.

“Good By Sunday“ is released under Soupstar Music.