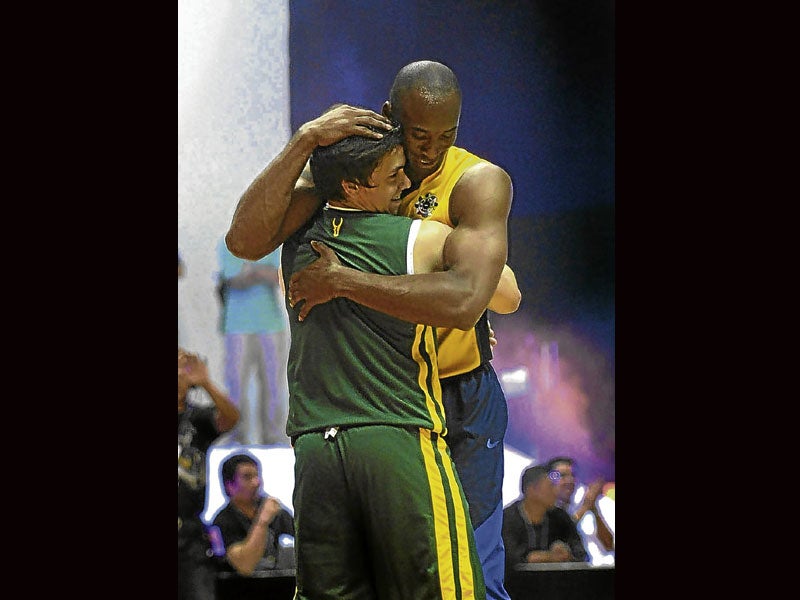 The beef on Kobe Bryant 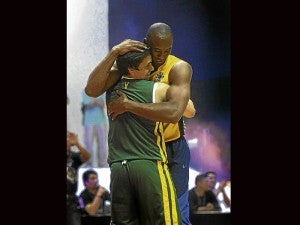 Kobe Bryant was asked to pick a color—green, blue, or yellow. He chose the one close to home. That was how he ended up wearing the jersey of the FEU Tamaraw’s green and yellow jersey when he visited Manila for an exhibition game.

He teamed up with the UAAP Stars of Ateneo Blue Eagles, De La Salle Green Archers, and the Tams against the national team of Smart Gilas for eight minutes. Kobe’s team lost but he was very generous with his assists to his teammates and, to the delight of the fans, made three slam dunks.

“It was an amazing experience to play with him. He makes it (playing) look so easy and he does it so easy,” says Blue Eagle cager Kirk Long.

Chris Lutz of the Gilas team was able to make a steal from Kobe during the game. He was still answering questions from reporters a few minutes after the game.

“I was just the smiling the whole time I was on the court. I wasn’t thinking when I took the ball from him. He’s my favorite player of all time,” he says.

Lutz teammate Dylan Ababou says that he likes how Kobe makes the least effort in his movements, maintain his gracefulness on the court, and still get it done.

As for Kobe, he says that Manila is his “favorite city in the world” and even hinted that he might come back again soon.