Nadal in a deli, Federer in an Indian resto | Inquirer Lifestyle 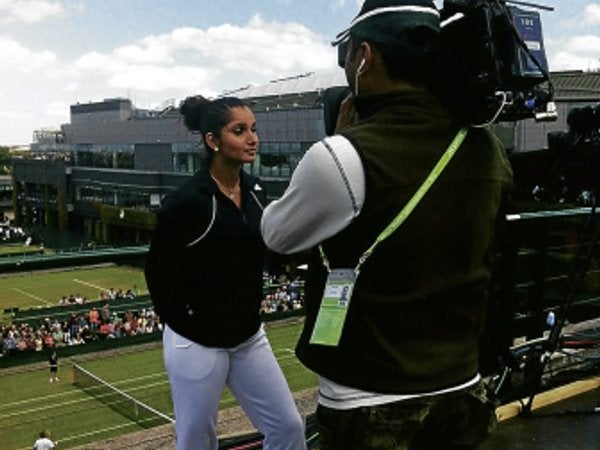 Nadal in a deli, Federer in an Indian resto

I once asked my boss what the best event he’d ever covered was. I expected him to rattle off a catalogue of major events like the Fifa World Cup, the Olympic Games or the ICC Cricket World Cup.

Instead, he said: “Hands down, no bluffing, it’s got to be the Wimbledon.”

I gave him a disbelieving look. Sure, it’s the most celebrated Grand Slam in the tennis circuit and the only one played on grass courts. Everyone knows it is laced with history, and every tennis player in the world wants to win at the SW19.

My boss explained his choice: Wimbledon is the most accessible sports event in the world, where you can saunter between Court 1 and Court 2 (they’re at opposite ends of the All England Lawn and Tennis Club) and walk by the eight top-seeded players of the tournament.

It’s part of the charm of the place; it is non-intrusive, friendly but discreet. I think this is what makes it one of the players’ favorite tournaments, because they can walk around the street and the grounds without much fuss or fanfare. Players often saunter across the grounds with one or two escorts.

Recently, Serena Williams did complain that she felt fans were mobbing her during her walk from Court 2. But for the most part the crowd was polite and discreet.

So, if it’s good for players, it is heaven for sports fans. You get a buzz from spotting your tennis stars walking around all the time, whether in the club or the restaurants in Wimbledon Village.

Even a player’s got to eat, right? On the first day of the tournament, my colleagues and I were seated outside of the Olive Garden, an Italian restaurant in Southfields. While waiting for our pizzas, I almost choked on my water when Petra Kvitova, the women’s defending champion, appeared.

I’m a huge fan, as you can tell. My seasoned colleagues laughed and said, “You’ll get used to it!”

Rafael Nadal was sighted in a deli in Wimbledon Village called Bayley and Sage. When we went in like a pack of paparazzi to ask the staff what he was having for dinner that night, they wouldn’t tell us.

I like that—the fact that some things should remain private.

But it obviously wasn’t a champion’s dinner, anyway, as Nadal got dumped in the tournament later that night when Lukas Rosol played the match of his life.

Rajdoot is an Indian restaurant where Roger Federer was reported to have ordered the Chickan Tikka Masala every day for one year while he was here. And he still does takeaways.

At Thai Tho, the year Maria Sharapova won Wimbledon, she was said to have eaten stir-fried beef and egg-fried rice every night. Every time she won a match, she would come back to eat in the place to keep her good luck.

San Lorenzo is an Italian restaurant that also has hundreds of stories. It has held winners’ parties for Sharapova, Venus Williams and Boris Becker, and has signed pictures of the biggest tennis stars adorning its walls.

It even has a pizza named after Becker’s son, Noah, and he still comes to order it! Maria and Venus’ rackets are on the wall, too. And the resto made Andre Agassi a soup that reportedly powered him to a win in 1992.

One thing I’ve learned from being here is, if you keep your eyes open, you could be in for a star sighting or two. It’s stories like these that make the Wimbledon very special.

Catch Renai Mattu on Star Sports’ coverage of the Wimbledon, and in high-definition on ESPN HD.