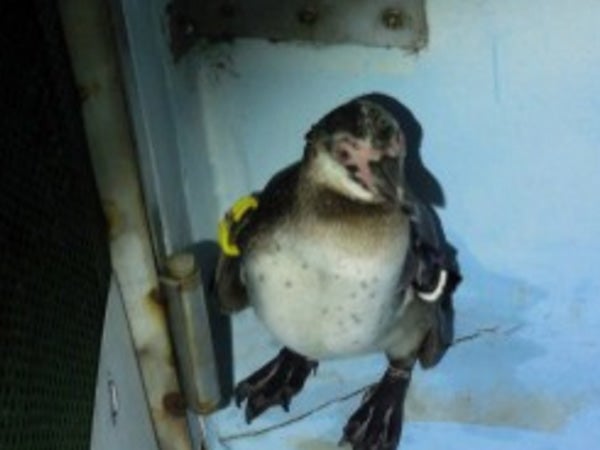 Humboldt penguin No. 337 was later named Sazanami, which translates as "small waves" in Japanese. AFP

TOKYO—A penguin whose escape from an aquarium in Japan gained him a following around the world has been formally named after months of being known just by his number.

Previously called Humboldt penguin No. 337, the feisty runaway would be named Sazanami, which translates as “small waves” in Japanese, said Tokyo Sea Life Park on its website.

“The penguin came back to the aquarium just as waves ebb and flow, which was another reason for the name,” the aquarium said in a statement Tuesday, adding that Sazanami sounds similar to the way “337” is pronounced in Japanese.

The penguin, who has also now been confirmed to be male, spent 82 days at large in and around Tokyo Bay after bolting his enclosure, evading aquarium staff, an army of public onlookers and even Japan’s well-equipped coastguard.

Keepers did not even know what gender the plucky escapee was until after his recapture in May and a subsequent thorough medical check-up.

The park launched a competition asking visitors to think of what the bird should be called, which attracted about 6,400 suggestion letters.