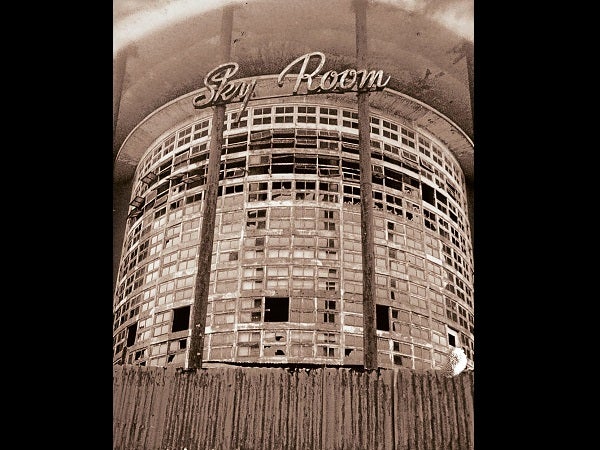 First it was the jai alai aficionados who cried foul after the sport was first banned in the Philippines in 1986 amid allegations of game-fixing. With the game gone, the building was foreseen to be the next casualty.

True enough, on July 15, 2000, the jai alai building on Taft Avenue in Manila was demolished amid great clamor from the public and heritage conservation groups for its retention.

The destruction of the building was a national wake-up call for the importance of heritage.

The four-story jai alai fronton was among the significant buildings in Asia designed in the Art Deco style by Welton Becket, the same American architect behind the Los Angeles International Airport.

The justification for its demolition? The building was declared unsafe—without prior consultation with conservation architects and engineers.  City engineers were swift in condemning the structure, paving the way for its demolition.

The lot where the former jai alai building stood remains empty to this day, despite the announcement of Manila City Hall during the incumbency of Mayor Lito Atienza that it was badly needed and the building to be torn down to pave the way for a Hall of Justice. Whatever happened to that? What injustice has been wrought upon our heritage?

The jai alai demolition is a glaring example of the fleeting nature of heritage: Once heritage vanishes, it never returns.

The demolition of Manila heritage is alarming.

Despite the passing of the Republic Act No. 10066—the National Cultural Heritage Act of 2009—that protects all 50-year-old buildings and specifies that special permission be secured from the National Commission for Culture and the Arts for their renovation or demolition, their destruction goes on.

The trustees of the Heritage Conservation Society have sent this open letter:

“The Heritage Conservation Society, the country’s leading conservation nongovernment organization, remembers the jai alai and the start of its demolition on July 15—12 years ago.

“Public outcry and his promise not to demolish one of the largest and finest Art Deco structures in Asia did not stop Manila Mayor Lito Atienza from ordering the demolition.

“Like a sacrifice, its loss was part of the genesis of Republic Act No. 10066 of 2009, also known as the Heritage Law. But the sacrifice seems to have been in vain, because the law is flouted today in an unending pillage of the national patrimony.

“In Manila alone, prewar landmarks such as the Art Deco Laperal Apartments on C.M. Recto Street and the old Juan Arellano-designed Meralco headquarters in San Marcelino Street were bulldozed early this year.

“In Mandaluyong, the Laurel mansion, which was supposed to be the heart of a condominium development, will now be obliterated by it. Through this open letter, the Heritage Conservation Society calls on the main proponent and implementing agency of the Heritage Law, the National Commission for Culture and the Arts, to stop the pillage.”

The society expressed that what is really at stake here is the preservation of the identity of the city.

Intramuros, Binondo, Ermita, Quezon City and Makati each have their own identities that contribute to making Manila a place of beauty and history very much like Paris and Rome that have conserved their heritage buildings so their streets radiate their individual identities which make them unique cities in the world.

The destruction of our urban identities and the construction of generic high-rises and building complexes—that look like they could be anywhere else in the Philippines—are being done all in the name of “development.”

The generic new buildings have removed practically all traces of Baguio, one of the few Philippine cities with a distinct identity and look.