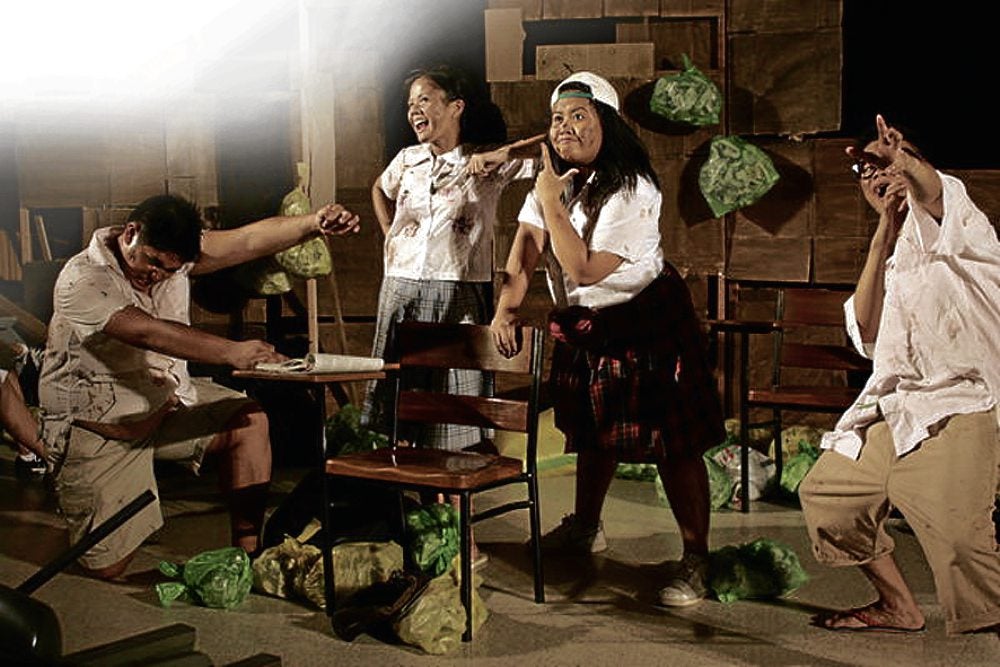 ‘Romeo and Juliet’ in Tagalog by Rolando Tinio goes on stage

Romeo and Juliet are now Rashiddin and Jamila, star-crossed lovers living in Sampurna, a fictional Islamic community, and fleeing from family and the law to keep their love alive.

Directed by TA artistic director Ricky Abad, the production uses the igal, a traditional dance of the indigenous Samal Badjao people of Mindanao, as its movement and choreography motif.

Sets and costumes were designed by National Artist for Theater Design Salvador Bernal, with this production being one of the last works completed by Bernal before his death last year.

In September, TA will stage “4Play,” a showcase of directorial works by four recent graduates of the university’s Bachelor of Fine Arts Major in Theater Arts (with concentrations in  acting, directing and  production design).

The season concludes in January 2013 with the group’s staging of “Conference of the Birds,” a play based on a Persian poem.  To be directed by Ron Capdinding, the play is about a nation of birds facing a crisis and learning to conquer the fear that almost ruined their beloved country.

“‘Ang Sistema’ is about Professor Tuko’s decrepit teaching methods and how his students put a stop to his authoritarian methods,” says Entablado artistic director Jethro Tenorio.  “‘Santong Tao’ is about how Titay outsmarts three powerful suitors.”

In January 2013, the group will stage the Ilonggo epic “Labaw Donggon” adapted by Nicanor Tiongson and to be directed by Jerry Respeto.

“This is actually a fragment of a much longer epic ‘Hinilawod,’” says Tenorio.  “The hero Labaw Donggon journeys to find his maiden and battles Saragnayan, the Keeper of Light.”

Season concludes with a street-theater festival in February 2013.  The festival will feature a competition between different organizations from inside and outside the university focused on creating plays based on the advocacy in the form street theater.