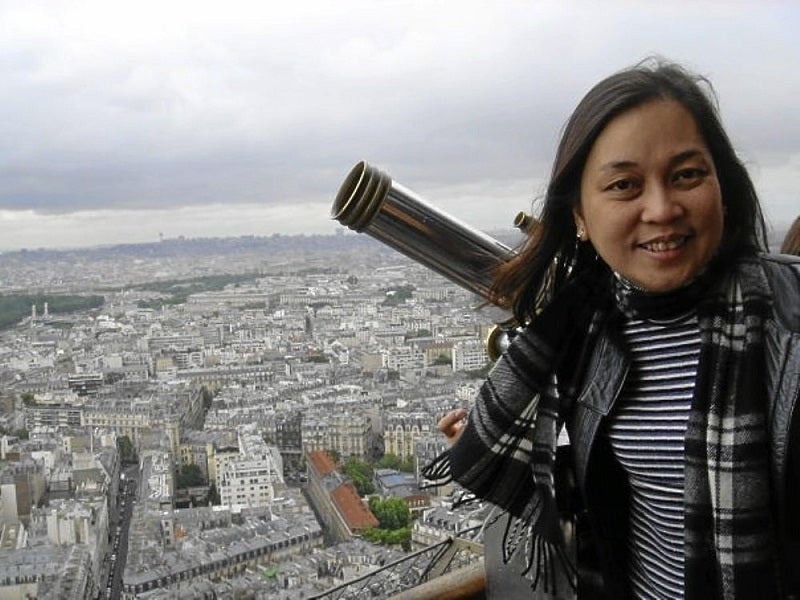 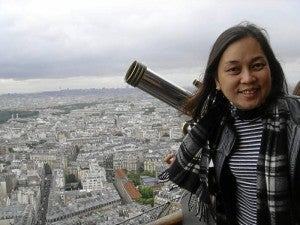 The road to recovery of a stroke survivor is never a straight line.

Businessman Chet Espino, “chief caregiver”  and witness to what many people consider as the miraculous recovery of wife Margie Quimpo-Espino, Inquirer Business Features editor, from stroke two years ago, made this honest assessment of Leah Salterio’s condition less than a week after she herself suffered from stroke last June 6.

Emergency paramedics, better known as those guys from 911, had to rush her to Glendale Adventist Medical Center a few hours after she arrived in LA from a long-haul flight from Manila. Glendale, a small city outside LA, is a 30-minute drive from Beverly Hills.

Her condition has since taken a turn for the better.

Lois Salterio, Leah’s younger sister and “primary caregiver,” has e-mailed several common friends, including journalist Ivy Lisa Mendoza and publicist Shirley Pizarro, informing them that Leah, after more than a month in the hospital, is almost ready to fly back home to the Philippines.

“I just talked to Dr. Zamorano (one of Leah’s attending doctors) when he came to see Leah this morning,” Lois wrote in her e-mail. “He said that he’s just stabilizing Leah’s sodium (level). He also wants the gastric tube (or GT, which is attached directly to her stomach) to be removed. He already advised Dr. Sarkisian to remove the GT after a day or two.  He also said that Leah is ready to go back to the Philippines, but he still wants to talk to his doctor (in Manila).”

Should Leah’s doctors in LA finally allow her to embark on that long journey home, she would need a doctor or nurse to accompany her from Glendale Adventist to Manila.

Her family would also need to hire the services of a caregiver/nurse and physical therapist to help her as she undergoes further rehab. Meanwhile, Leah’s siblings in Manila are preparing to convert the ground floor den of her two-story Parañaque home into her bedroom.

Those who wish to help her would probably want to know that Leah would be needing the following medical fixtures upon her return: wheelchair; fiber glass foot brace; shower seat; hemi walker; quad cane and hospital bed.

Leah’s stroke was a “classic” case that caused a blood vessel on the right side of her brain to rupture that in turn led to a massive bleeding. At one point, her blood pressure shot up to a dizzying 240/120. The stroke initially left Leah unconscious for a few days and, probably just as her doctors suspected, dazed, partly paralyzed and unable to eat solid foods soon after she regained consciousness.

Indeed, Leah is far from being her old jolly self, but those who first learned of her condition through SMS, e-mail and Facebook would be heartened to know that, apart from the possibility of her going home, she has also been making slow but considerable progress in recent weeks.

With aid from her therapist, she can now walk, albeit slowly, for up to 30 meters. Her ability to communicate either verbally or through body language has been improving almost everyday. 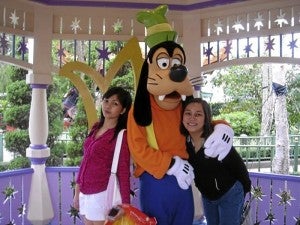 Based on sporadic e-mails and text messages from Lois, Leah has also expressed her fervent, if impatient wish to be back home in Manila with children Lymo and Ashley.

Since Lymo is a special child, his guardians decided that it would be better for him to stay in Manila. But Ashley, a college student taking up communication arts, took several weeks off from school to be with her mother. She’s now back in Manila. According to Ashley, Leah had been reduced to smiling occasionally and stroking Ashley’s long hair.

Leah, a single mother, has begun to miss her kids badly, especially now that she’s slowly regaining full use of most of her faculties. She would occasionally go into crying fits and appeal to Lois to cut short their stay in the hospital.

Lois would simply take everything in stride. Despite the pressure, sleep-deprived nights and loneliness of being away from home herself, she’s managing to soldier on for her dear sister’s sake.

There are times, however, when Lois leaves the room, if only for a few minutes, whenever Leah starts to cry from physical and emotional pain.

“I feel her pain,” wrote Lois in one of her earlier e-mails. “If only I could ease Leah’s pain by sharing in some of the pain she’s experiencing, I would.”

Leah’s usually strong voice, although still soft, has become quite audible of late. This development is a far cry from weeks before, when Leah would just nod and press a visitor’s hand or stare blankly into space.

Her doctors’ decision to send Leah home hinges on several factors: her progress while undergoing rehab; eventual removal of the GT attached to her stomach; and the complete healing of her jaw, which a separate team had to operate on after it was misaligned when emergency room doctors had to attach all sorts of tubes through her mouth to stabilize her.

Another sign that she’s on the road to recovery happened fairly recently. Teryl MacDougall, guest relations manager, Healthcare Foundation of  Glendale Adventist, shared in her open letter Leah’s craving for an In-N-Out burger. Leah would probably have to wait a while to get her wish, as she’s still presumably on a low-fat, low-sodium diet. MacDougall also wrote that Leah’s mummy-like facial bandages from her jaw operation are now off.

A good number of show-biz denizens, both in front and behind the cameras, know Leah and still hold her in esteem. In fact, among her first visitors as she lay unconscious at the Glendale Adventist’s ICU were Gary Valenciano and his manager-wife Angeli Valenciano.

Inquirer’s LA-based Entertainment columnist Ruben Nepales and wife Janet visited her as well as California-based former journalists Nimfa Rueda and Ruby Adonay-Clemons. Like Leah, Nimfa used to be connected with the Inquirer.

As Belo Medical Group’s in-house publicist, Leah flew to LA to help promote the opening of Belo Skin Care Center’s first branch in the US.  She never made it on opening night, as friends and colleagues had to call 911 and rush her earlier in the wee hours after she collapsed in the bathroom of Dr. Vicki Belo’s home in Glendale. It doubles as Vicki’s staff house for her employees and assistants.

I was looking forward to hooking up with her since I was also in LA covering the Belo event for Inquirer Lifestyle. Since I was in San Francisco earlier in the week to cover another event, I flew directly to LA and missed the chance of spending some time with Leah on that fateful Philippine Airlines flight she took with Philippine Star’s Entertainment editor Ricky Lo.

But what is Leah’s life without a touch of comedy? During the frantic rush to save her life, for instance, a paramedic asked one of her BMG colleagues for Leah’s official ID. The colleague gave him Leah’s passport, from which the guy culled and wrote down key information about the patient.

For some reason, the paramedic wrote Leah’s name as Eta Schengen. Eta, of course, is short for estimated time of arrival, while Schengen is a European Union-wide visa recognized among member countries. Thus, during the first few days of Leah’s confinement, callers who wanted to pay her a visit had a hard time tracing her whereabouts, as she was listed under a false and rather strange name.

“The paramedic, who obviously was no seasoned traveler, most likely made a mistake when he opened Leah’s passport,” Shirley later surmised. “But if a situation can be likened to a person, this one is so Leah. Full of life, spontaneous and funny without trying to be.”