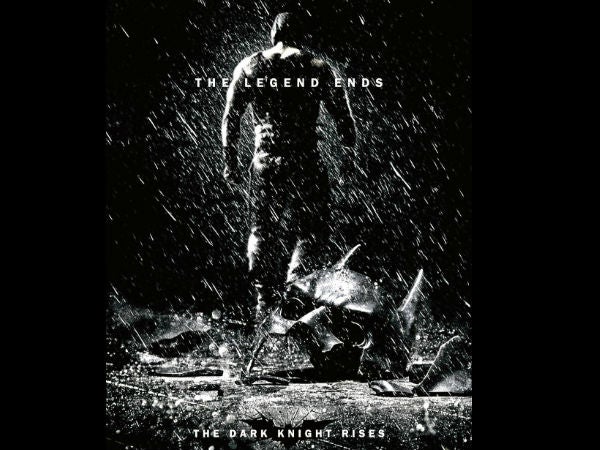 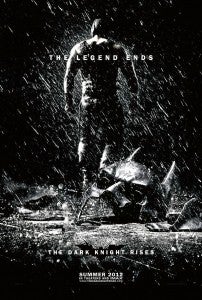 It has been eight years since Batman vanished into the night, turning, in that instant, from hero to fugitive. Assuming the blame for the death of D.A. Harvey Dent, the Dark Knight sacrificed everything for what he and Commissioner Gordon both hoped was the greater good.

For a time, the lie worked, as criminal activity in Gotham City was crushed under the weight of the anticrime Dent Act.

But everything will change with the arrival of a cunning cat burglar with mysterious agenda.

Far more dangerous, however, is the emergence of Bane, a masked terrorist whose ruthless plans for Gotham drive Bruce out of his self-imposed exile. Even if he dons the cape and cowl again, Batman may be no match for Bane.

Christopher Nolan says the story of “The Dark Knight Rises” was actually inspired by Charles Dickens’ novel “A Tale of Two Cities.”

“From my point of view, when Jonah showed me his first draft of the screenplay and it was 400 pages long or something, it had all this crazy stuff in it. It was sort of part of a primer, if you will,” explains Nolan. “When he handed it to me, he was like, ‘Oh, and you’ve got to think of ‘A Tale of Two Cities,’ which, of course, you’ve read.’ So, I absolutely read the script.

“I was a little baffled by a few things and then realized I’d never read ‘A Tale of Two Cities,’” continues the director. “It was just one of those things I thought I’d done or whatever. So I then got the book, read it, absolutely loved it, got completely what Jonah was talking about.

“So, when I did my draft on the script, it was all about ‘A Tale of Two Cities’ and really just trying to follow that because it just felt exactly the right thing for the world we were dealing with,” says Christopher. “And what Dickens does in that book in terms of having all these different characters come together in one unified story with all of these great thematic elements and all this great emotionalism and drama, it felt like exactly the term that we were looking for.”

“Rather than being influenced by that, looking to old good books, old good movies, literature for inspiration, at some point I started thinking about ‘A Tale of Two Cities,’” notes Jonathan Nolan. “And I think what was captivating to me and what I always felt we needed to do in this sort of film was, for lack of a better phrase, to sort of go there.

“All these villains have threatened to turn Gotham inside-out, to sort of pull it and collapse it on itself, and none of them really have actually achieved that until this film,” Jonathan points out. “And ‘A Tale of Two Cities,’ to me, was the most sort-of harrowing portrait of a relatable, recognizable civilization that had completely fallen to pieces. You look at the terrors in Paris, in France, in that period and it’s hard to imagine that things could go that badly wrong. So it felt like a great source of inspiration.”

Christopher Nolan concludes: “Bruce Wayne’s story has fascinated people for more than 70 years because it’s a great story. We were thrilled to bring our interpretation of this legend to the screen with these three films. It has been an extremely gratifying experience. We are very proud of this ending, and we hope the audience shares our excitement.”