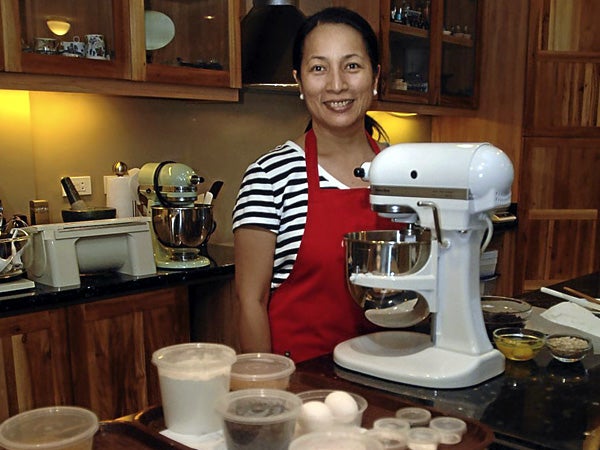 Filipino moms most concerned about food they serve to families, says survey

Manila, Philippines—A report by an international non-profit organization showed that Filipino mothers want to grab the power to fix the ailing food system by changing the ways in which they run their respective households.

“The survey shows Filipino women can be a force to fix the way we manage food. Filipino women—and men, who must begin to share this responsibility—can do this through positive food choices, choices that redound to the good of our food system,” said Kalayaan Pulido-Constantino, Oxfam spokesperson for the Philippines.

The report, entitled “The Food Transformation: Harnessing Consumer Power to Create a Fair Food Future,” highlights how women, who make the majority of decisions about the food their families eat and control around $12 trillion, or 65 percent of the world’s annual consumer spending, want to know the changes they can make to the way they buy, store and prepare food to help the environment and address the problems of hunger.

Oxfam conducted the survey among 5,100 mothers living in towns and cities in Brazil, India, Philippines, United States, United Kingdom and Spain. Oxfam, in its report, said that the survey was not “representative but illustrative” of the world, and showed the comparison between developed and developing countries. Oxfam questioned the participants on different issues concerning food.

Survey results showed that overall, 73 percent of mothers living in urban areas questioned in the six-country survey said they wanted to know how to make a difference when they shopped for food.

“Women across the globe are concerned about the way food is produced and the people who produce it,” said global Oxfam spokesperson Colin Roche. “They want to know what they can do to make a difference and together they are a powerful force for change.”

The report also characterized the global food system as “unfair and unsustainable,” saying that volatile prices make life hard for small-scale producers and consumers, the system was increasingly dominated by a small number of immensely powerful corporations, and the system was contributing significantly to climate change as well as being highly vulnerable to its impacts.

“The global food system—how food is grown, distributed and consumed—sends one billion people to bed hungry every night,” the report added.

“For example, 86 percent of mothers in the Philippines feel they know how the food choices they make affect the wider world compared to just 46 percent in the United States and 60 per cent of women surveyed in India felt a connection to food producers compared to just 23 per cent in the UK,” the report said.

However, representatives from Oxfam expressed hope that the fact that more women were more concerned with changing their food choices for the better was a big step, and enumerated ways by which mothers could harness their skills.

Pulido- Constantino, for example, noted how Filipino mothers could help their fellow women-farmers by buying produce from them and helping them strengthen their livelihood and sustain food production for the long term.

“In the Philippines, Oxfam is working with partners to put up women’s markets—alternative spaces where food produced sustainably by women who remain largely unrecognized as food producers—is available to consumers. This is one of many ways where mothers can steer our food system in the right direction,” said Pulido-Constantino.

The new Oxford report also set up five positive food choices for people around the world to emulate, and cited that these examples, if followed by enough people, would prove as solutions in helping poor farmers feed themselves and their communities, addressing climate change, which undermines agricultural production, and ensuring that valuable agricultural resources are not wasted.

The said choices were summarized as follows:

— Eat less meat. The Oxfam report said that if urban households in the US, UK, Spain and Brazil were to eat a meat-free meal once a week for a year, swapping beef for lentils or beans, the greenhouse gas emissions saved would be equivalent to taking 3.7 million cars off the road.

— Reduce food waste. The survey revealed that in the six countries surveyed, one in six apples ended up in trash, bringing up to 5.3 billion apples wasted every year. The report said that greenhouse gases produced in growing, trading and decomposing these apples were equivalent to burning 10 million barrels of oil. By buying only the right number of apples needed and storing them in the fridge, people would help cut this waste, the report said.

— Support small-scale food producers such as buying Fair Trade. The report said that if consumers in Brazil, UK, USA and Spain bought two Fair Trade chocolate bars each month instead of their usual brand, it would add up to over 12.5 billion chocolate bars a year. This action could help transform the lives of people who live and work on 90,000 small-scale cocoa farms across the globe, the report said.

— Buy seasonal. The report said that people could save energy and cut greenhouse gas emissions by eating more of what’s in the season growing near, saying a lot of energy was wasted growing food in the wrong place at the wrong time of year.

— Cook smarter. The report said that simple actions, such as putting a lid on your pan, could cut the amount of energy people use in cooking by up to 70 percent.

“What we do in the supermarket or in the kitchen does matter,” said Roche.

“Small actions taken by enough people add up, and the reverberations will be felt right along the food chain. Together we can make a big difference to the lives of people who are struggling to feed their families across the globe,” she added.