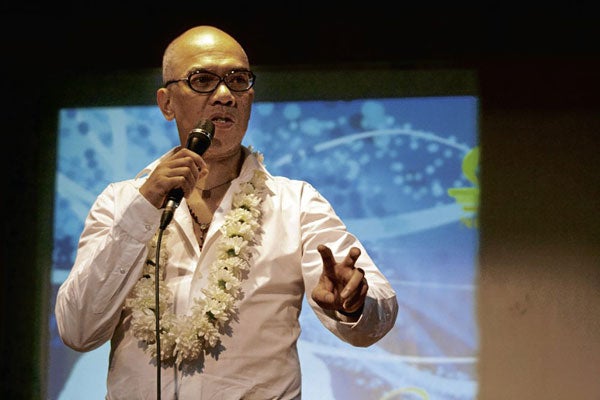 ‘King of talk’ talks about culture 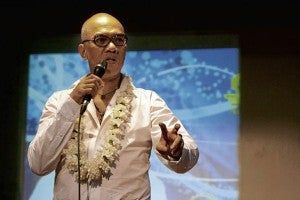 Philippine Television’s “King of Talk” is known for talking about show business and interviewing different personalities. But in a seminar by the National Commission for Culture and the Arts (NCCA), a different “king” was witnessed as he discussed his expertise on culture and communication.

Boy Abunda, NCCA Art Ambassador, talked in front of about 200 campus journalists and student leaders in Metro Manila on July 14 at the NCCA’s Leandro Locsin Auditorium, on how to communicate Philippine’s culture and art.

“You have to brand culture to be able to send it to the public,” said Abunda.

He said “branding” was connected to trademark and identity. He added that to make an appeal to an audience, the way you “brand” culture must be unique so as to be better identified.

As if lecturing inside a classroom, Abunda emphasized the power of the medium in conveying messages. However, he reminded that one must identify one’s listeners first to be able to identify the medium.

“Identify who your public is and you will be able to identify your medium,” he said. “Identify the source of your message and craft it. The delivery of the message is important.”

Abunda is finishing his doctorate on Social Development in Philippine Women’s University and has taught at PWU for two semesters.

Abunda said he liked it when young people told him their stories. It is because, he said, the stories are part of someone’s culture. 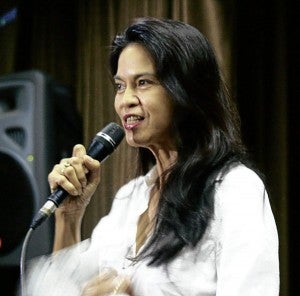 “A cultural show can go beyond the dances taught in PE classes. To me, it can be a hip-hop extravaganza telling the story of youth,” he said. “In Zamboanga, there was a hip-hop [performance and] it tells the story of the youth in Zamboanga.”

He also enumerated the seven art forms—dramatic, literary, visual, architecture, music, cinema and dance—and said all of these illustrated our stories and what we did in our everyday lives.

He said people took to art because it was a reminder of an experience common to them. It is something that an audience can relate to.

“We need to know the stories of the past and of the present to be able to tell stories in the future,” said Abunda.

Before becoming a household name, Abunda ventured in theater and started as an assistant stage hand at Metropolitan Theater. He said he had worked with the biggest names in theater such as Tony Mabesa and Behn Cervantes.

Maria Isabel Lopez, a former beauty queen and a friend of Abunda, also attended the seminar and promoted “Art and Beauty,” an art exhibit of former beauty queens such as Lopez, Melanie Marquez and Nina Ricci Alagao. It runs until July 31 at Ricco Renzo Galleries and Café in Makati.

The seminar was the first of a series of seminars on culture and communications organized by NCCA to promote culture and the arts.