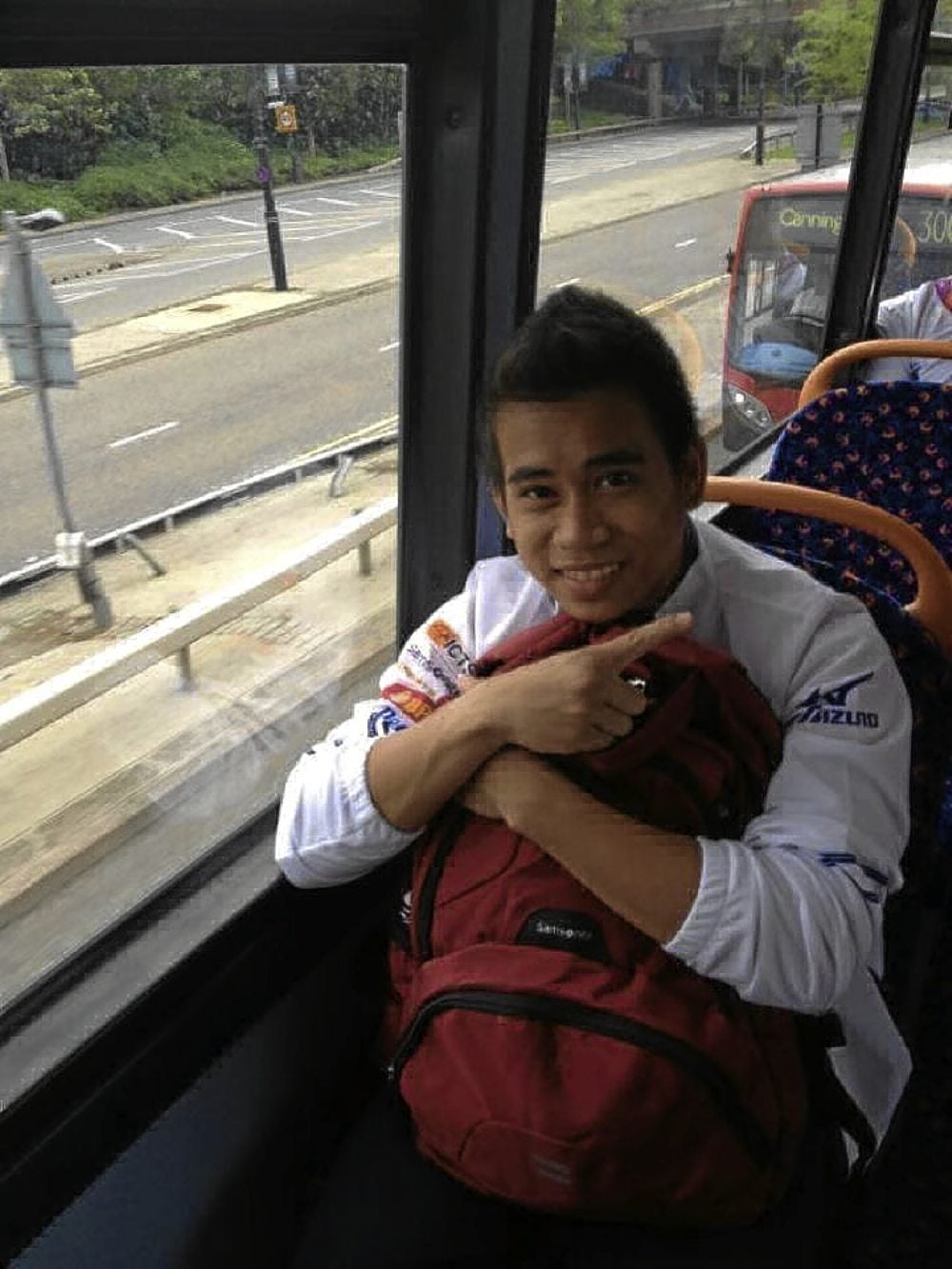 Mark Anthony Barriga knows what he wants and how to get it. He just didn’t have any idea that the thing he wanted would come to him so soon: the chance to compete in the London Olympic Games.

Just a few years ago, he and his dad would roam around Panabo in Davao del Norte to find a boxing gym so he could train. A lover of the sport endearingly called the “sweet science,” Barriga’s dad taught him the rudiments of the sport at a very young age, in the hope of developing his personality and character and instilling values.

But Barriga has since learned to love it. “My father introduced me to the sport,” said Barriga in previous interviews. “Now it’s the only thing I want to do.”

Barriga is second in a brood of three. He has a face that looks like he couldn’t hurt a fly, and a figure that gives the impression he could crumble  under stress. But the looks belie the sharpness of his punches, and the swiftness with which he uses them to inflict pain on his foes.

Despite his mom’s initial objections, Barriga would painstakingly learn the moves. Quicken his steps. Toughen his fists. And endure punishment fighting inside the ring during town fiestas and inter-municipality meets.

Soon the regimen he mastered in the family backyard—right after doing his homework and household chores—just wasn’t enough for the immense talent that Barriga was beginning to display.

Though quick by any standards, the climb to his goal wasn’t in any way easy for the 19-year-old student of University of Mindanao Panabo College in Davao.

“At first I thought, he’s too small,” said his coach Roel Velasco, who is certainly somebody who has been there and done that, having brought home a bronze medal from the 1992 Barcelona Olympics. “But I noticed he’s a natural. He uses his head and knows how to anticipate his opponents’ moves.”

Two years ago, he got his big break when he dominated the light flyweight division of the national championships in Puerto Princesa, Palawan. Amateur Boxing Association of the Philippines executive director Ed Picson says Barriga packs a lot of promise, and immediately tapped him for inclusion in the national pool.

“My dream was just to make it to the Philippine team and become one of the boxers I idolize, and now I’m in the Olympics,” said Barriga, who made it to the Games after finishing eighth in the 48-kg division during last year’s World Championships in Baku, Azerbaijan.

Known for his speed and counter-punching, Barriga made dramatic inroads to the main draw. But his outright entry into the London Games carried a tinge of luck. It’s because he lost a tough 12-4 decision to eventual gold medalist Lou Shimming of China during the quarterfinals that he automatically qualified for  the Games.

“Right now he’s deep into training because there is pressure on him,” said Picson, in reference to the fact that Barriga will be the only Filipino boxer in London.

Barriga trained twice a day, six days a week in Cagayan de Oro under Velasco’s watch. They ran in the morning and did punching bags and mitts, and then sparred in the afternoon. They flew to Cardiff, Wales, for the final phase of the Olympic preparation last July 4.

More than skills and natural talent, Velasco swore that his ward also possesses a “strong will to win,” which just about completes his arsenal for the gold in London.

The Philippines has never won a gold medal since joining the Olympics in 1924. The last time it savored Olympic glory was when Mansueto “Onyok” Velasco, who happens to be Roel’s younger brother, won silver in the 1996 Atlanta Games.

“He’s more than that. He is capable of winning not just any medal. He can win the gold even,” said Velasco. “I told him that our countrymen are tired of the silvers and the bronzes. They want to see us win the gold medal this time. That is the target.”

Barriga is on the right track so far. Last July 31, he beat Italian Manuel Cappai in their light flyweight (49 kg) division fight.

Tall odds for somebody who once was just happy to be called a national boxer. But since he’s thrown in to lead Team Philippines, Barriga might as well go all the way and make the most of his once-in-a-lifetime shot at Olympic stardom.