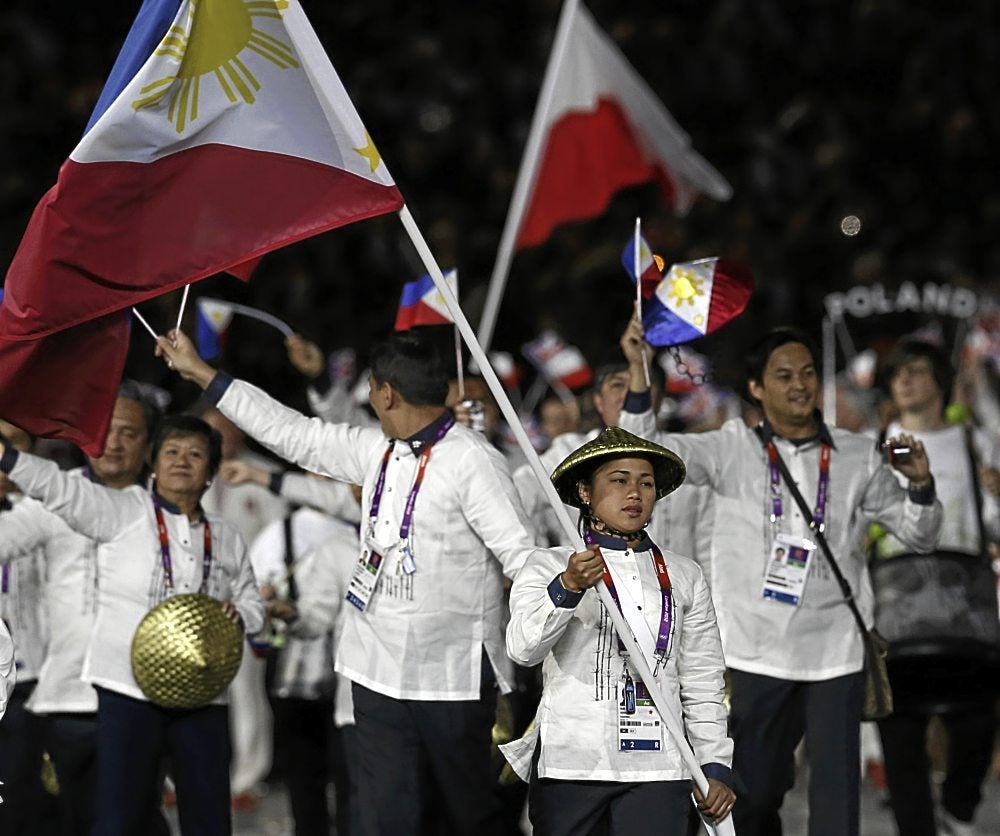 Most of them are not traditionally known for athletic wear, but some of fashion’s heavyweights kitted out select nations’ teams at the London 2012 Olympics.

British designer Stella McCartney, who designs a line for Adidas, made the performance wear of the host country with the German sporting brand, and famously distanced her name, via Twitter, from the widely criticized white-and-gold uniform worn by Team GB at the opening ceremony.

The tracksuits, described by its critics as Elvis-inspired, sported rather garish gold strips and panels on the collar and armpits, and were made by the British high-street brand Next.

The kits became a subject of debate before the Olympics when it was found that they were made not in the US but in China. Even then, Team USA is still expected to wear Ralph Lauren at the closing ceremony.

Italian designer Giorgio Armani was also tapped to design his country’s Olympic uniforms under his Emporio Armani EA7 label. Armani created a 50-piece kit including tracksuits, loungewear, warm-up wear and clothes to be worn on the podium, as well as luggage for Italian athletes. Team Italy marched in understated blue-and-white Armani at the opening ceremony.

Salvatore Ferragamo, the Florentine luxury fashion house, kitted out the team of the wealthy tiny Republic of San Marino, down to footwear and leather bags. The female athletes looked sharp at the opening ceremony with their cream silk crepe dresses; they were shod in square-toe pumps sporting the brand’s signature Vara bow. Strangely, they carried large beige handbags, also by Ferragamo. The men were in bias-cut navy blazers and crepe de Chine shirts.

The French luxury house Hermès was not to be left out as it designed the clothes of the French equestrian team.

But it wasn’t just the nations that had big-name designers who called attention at the parade of nations, whether for the right or wrong reasons.

Czech Republic athletes had spectators scratching their heads when they marched out in wellies and foldable umbrellas. A nod to London’s muggy summers, perhaps?

The men donned white Bermuda shorts and blue blazers, while the women were in short white skirts with knee-length royal-blue leggings sporting the same swirly patterns as the wellies and umbrellas.

Some Spanish athletes took to Twitter to criticize their Olympic kit created, reportedly for free, by the Russian brand Bosco Sport. Some critics likened the clothes to fast-food crew uniforms. Russia’s own team got similar flak for their red-and-white uniform, also by Bosco.

Online wags were also unforgiving with Team Germany’s his and hers uniforms by Adidas. The German brand eschewed traditional flag colors and decked out the female athletes in pink zipped jackets and white trousers with matching pink shoes, while the men were in light-blue jackets and shoes.

Not a few nations also got slain fashion-wise for wearing uniforms that screamed, “Thank you for flying with us!”

Of course, there were quite a few teams that scored sartorial points with both critics and wags: Team Netherlands in bright orange and cobalt; Team Denmark for its red and blue outfits for the female athletes; Team Belgium in a mix of skinny jeans and slim skirts, to name just a few.