They still haven’t given up tomorrow | Inquirer Lifestyle ❮ ❯ 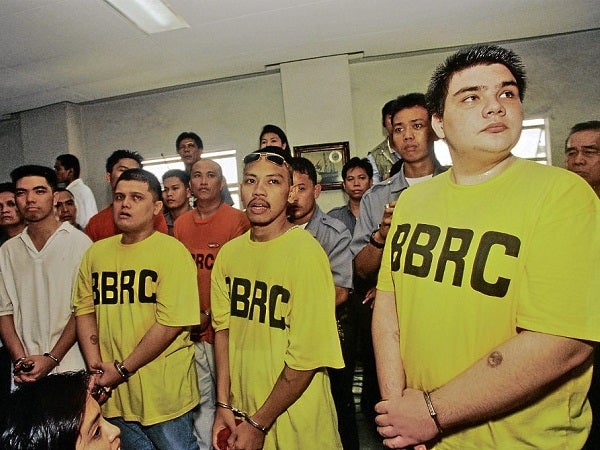 They still haven’t given up tomorrow

“We didn’t really know what we were doing, to be honest with you,” said Michael Collins, director of the documentary “Give Up Tomorrow” and founder of Thoughtful Robot, a New York-based production company.

Producer Marty Syjuco added, “It’s our first film ever. In fact, when we first decided to fly to the Philippines from New York to make this film, we bought a camera. And on the flight over, we were reading the instruction manual on how to use it.”

Theirs was a task that even experienced filmmakers would find daunting. They set out to film a documentary about Paco Llarañaga, who, with six others, was convicted of the 1997 rape and murder of sisters Marijoy and Jacqueline Chiong in Cebu.

Despite the conviction, Paco, who is still serving his sentence in a prison in Spain, his friends, his family and numerous witnesses maintain his innocence. He couldn’t have committed the crime in Cebu, they said. He was in Manila and they had pictures and records to prove it.

For Marty, whose brother is married to Paco’s sister, the story is personal. “When all this was happening, I was in Manila. Paco was younger than me, I met him in my brother’s wedding. When he was first accused, I thought, he has all these witnesses, it’s gonna go to trial, eventually it will work itself out.

“I moved to New York to study film and years later, Paco was sentenced to death by the Supreme Court. I was stunned. I couldn’t believe that it had gotten this far. I was overcome with guilt. I knew there was this innocent guy, he was my brother’s brother-in-law, he was languishing in prison all these years, and I didn’t do anything.

“And so I started to ask myself, what can I do? How can I get involved? And that’s when we picked up the camera.”

Michael and Marty worked on the film for seven years, shooting in three continents and four countries, interviewing over a hundred people, going through thousands of pages of documents and smuggling a camera into Bilibid Prison. 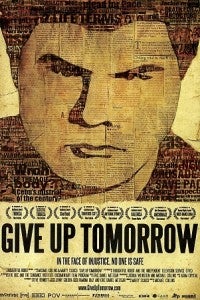 Marty said, “You saw in the film that Paco wasn’t allowed to testify in his own trial. That was a major violation of his constitutional right. So we decided early on to smuggle the camera into prison to give a voice to Paco. We feel that we did our job as filmmakers to tell his story.”

In the beginning, the film’s funding came from Michael and Marty’s pockets—the two used their credit cards to travel and to buy the equipment. “We realized that we had to raise the proper funding to complete the film. To edit the film, we really wanted to work with an experienced editor in New York. It took two years to edit this film. We had to raise the funds through grants. We applied to Sundance and Tribeca and the BBC came onboard as a coproduction partner and PBS. Little by little, we were able to secure the funding the finish the film,” said Marty.

The result of their hard work is a compelling film that is moving, shocking and, surprisingly, inspiring.

It isn’t just one man’s story—it’s a riveting tale of corruption, injustice and misuse of political power.

Since its debut last year at the Tribeca Film Festival in New York where it won two awards, “Give Up Tomorrow” has played in over 50 festivals in 25 countries, winning 13 other major awards and leaving critics raving. Simon Miraudo of Quickflix wrote, “GUT is as powerful as its acronym implies—it’s a gut punch.”

Two weeks ago, “Give Up Tomorrow” finally made its Philippine premiere at Cinemalaya. A second screening was held a week later and CCP’s Little Theater was packed with an audience that included key players in the case—Chef Rowena Bautista, Paco’s former teacher at CCA who was one of his witnesses, and Sandy Coronel, his lawyer.

The film played and the audience reacted loudly as they witnessed the injustice unfold onscreen. There were groans and whispered indignation, tears and even shocked laughter at the ridiculousness of it all.

After the credits rolled, Michael and Marty walked onstage for the Q&A session and audience members rose to their feet, giving the filmmakers a standing ovation.

Marty told the audience, “We hope we can help prevent future injustice so this doesn’t happen to future Pacos out there.”