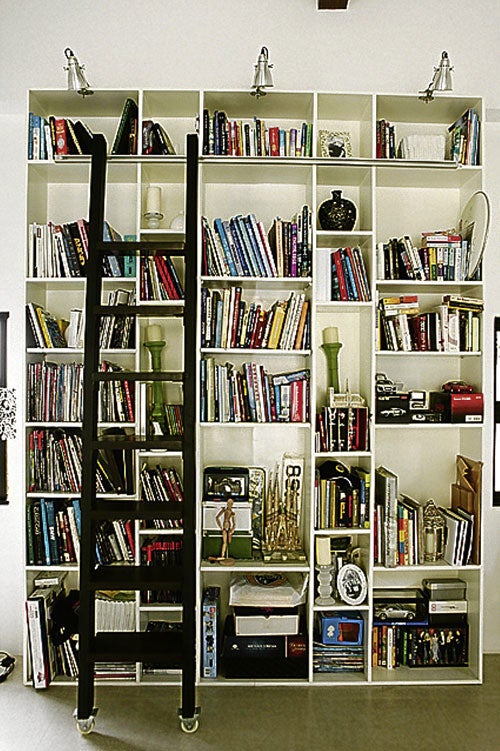 Their ‘yin and yang’ find common ground in parenthood

Is it true that absence makes the heart grow fonder? Or does the more pragmatic “out of sight, out of mind” bear more truth?

You can argue for either perspective, but for Cebuano pro athlete-turned-entrepreneur Chris Aldeguer, there was no dilemma. The solution was simple: Quash the distance. Propose to her.

Ironically, his marriage proposal in 2003 was the beginning of his relationship with his then friend and now wife Nia Durano-Aldeguer. She was 26 and working in LA as a designer in the architectural department of Westfield Century City shopping center, fresh from undergraduate degree in Architecture from the California College of Arts in San Francisco.

He was 28, a professional triathlete and part of the Philippine National Team. They bumped into each other in a restaurant in Cebu when she returned for a short visit. A month later, Chris flew to LA to propose, and Nia squealed, “Yes!”

Although they had known each other casually since childhood, it wasn’t until Nia was 18 and Chris, 20, that they chanced upon each other as part of the cotillion at Nia’s friend’s debut, and they both liked what they saw. Unfortunately, she was leaving for college in the US in a few days. Both level-headed, they decided it just wouldn’t work with the distance.

They kept in touch, writing letters the first six months and occasionally e-mailing, but they completely lost touch until that chance meeting eight years later.

Fast-forward to the present. Chris and Nia admit they’ve gotten to know each other quite a bit since he jumped her the big question, and their priorities have changed since they’ve gotten married and had a son.

Chris had grown up fiercely wanting to be a professional athlete. “It’s the only thing I wanted to do,” he says. “I’ve played basketball all my life, and I was on the team of my college, University of San Carlos. When I graduated, I would still join my team’s practice games. At around the same time, I ventured into triathlons and boxing, but I knew that if I wanted to succeed as an athlete, I had to choose one.

“I decided to focus on triathlons,” he explains. “So for about a year or two, I took time off work to train in Australia and New Zealand. I was part of the national team in 2002 and 2003, where I would average one triathlon a month, locally and in international races like Mexico and Australia. I was in it to win. After I achieved what I wanted to—overall champion in local races in the country—I just didn’t want to do it anymore, so I quit.

“The rigor and discipline of training burned me out. I felt I had nothing more to get out of it. My life then revolved around training and eating, and sleeping in between to let my body recover. The next day, it would be the same thing all over again. I remember what I did right after my last race—I drove to McDonald’s and ate like I’ve never eaten,” he says with a laugh. 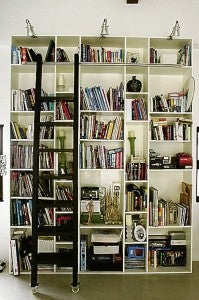 “Raising him to be the best man he can possibly be,” Chris declares, is his top priority.

The tyke never ceases to amuse his parents. Nia recounts when Finn was asked the default question: “What do you want to be when you grow up?”

Serious, he answered: “I want to be a boxer or a billionaire,” in deference to his love for boxing, which he developed by watching live fights organized by Chris’ father’s boxing stable, ALA Boxing Promotions, and his favorite Bruno Mars song.

Only second to family life

Only second to family life is their work. Chris is the president of Loalde Group, and Nia, its creative director. Unwittingly, they were in the same ad for Loalde’s children’s line when he was 12 and she, 10.

Loalde was started in 1975 by Chris’ parents, Antonio and Lou Aldeguer—and named after his mom, hence the name “Loalde”—as a garment manufacturing company. As the landscape of the garment industry evolved, she saw the need to shift from manufacturing to retail to keep up with the times.

From an early age, Chris was exposed to the ins and outs of Loalde, and decided to join the company in 1998. With his mother, he has expanded the classic brand’s retail outlets to 14 branches in the country.

Nia’s involvement with Loalde started on a per-project basis with boutique renovations, where she brought her background in architecture into play. Gradually, she got into visual merchandising, and eventually, in the overall direction of the products. “I’ve always been a visual person,” she says. “I love the process.”

Although Nia comes from a prominent political family, she’s too much of an artistic, gentle soul to go into politics herself. She recalls how her father, Ramon Durano III, the vice mayor of Danao City, had encouraged her to join the Sangguniang Kabataan when she was in high school. She remembers how everybody told her she was a shoo-in for the SK presidency. That was her first and last stint in politics. 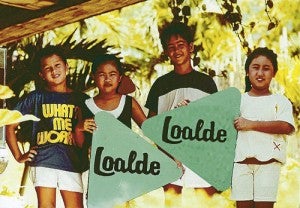 The latest outlet of her creativity is the Loalde Group’s newest retail concept store, Fish18, with a branch in The Northwing of SM City Cebu and another in The Block. Its playful interiors and creative merchandise display serve as whimsical backdrop to its novelty pieces. An ode to urban culture and street fashion, Fish18’s main product line is graphic tees and tops, but it also offers pieces using recycled vintage fabrics from the ’70s and ’80s.

“We hope to make Fish18 as well as Loalde global brands in the future,” Nia says.

On her working relationship with Chris, Nia says: “Being in Loalde, I make sure that I support Chris, not the other way around. I always make sure I am there for him as part of the Loalde team, although even more so as his wife and a mother to his son.”

The couple’s relationship can best be described as harmonious, and their distinct identities complement each other. She’s the yin—female, nurturing, soft and yielding—to his yang—masculine, competitive, strong and focused.

The family-first couple seems all too happy to keep this equilibrium.