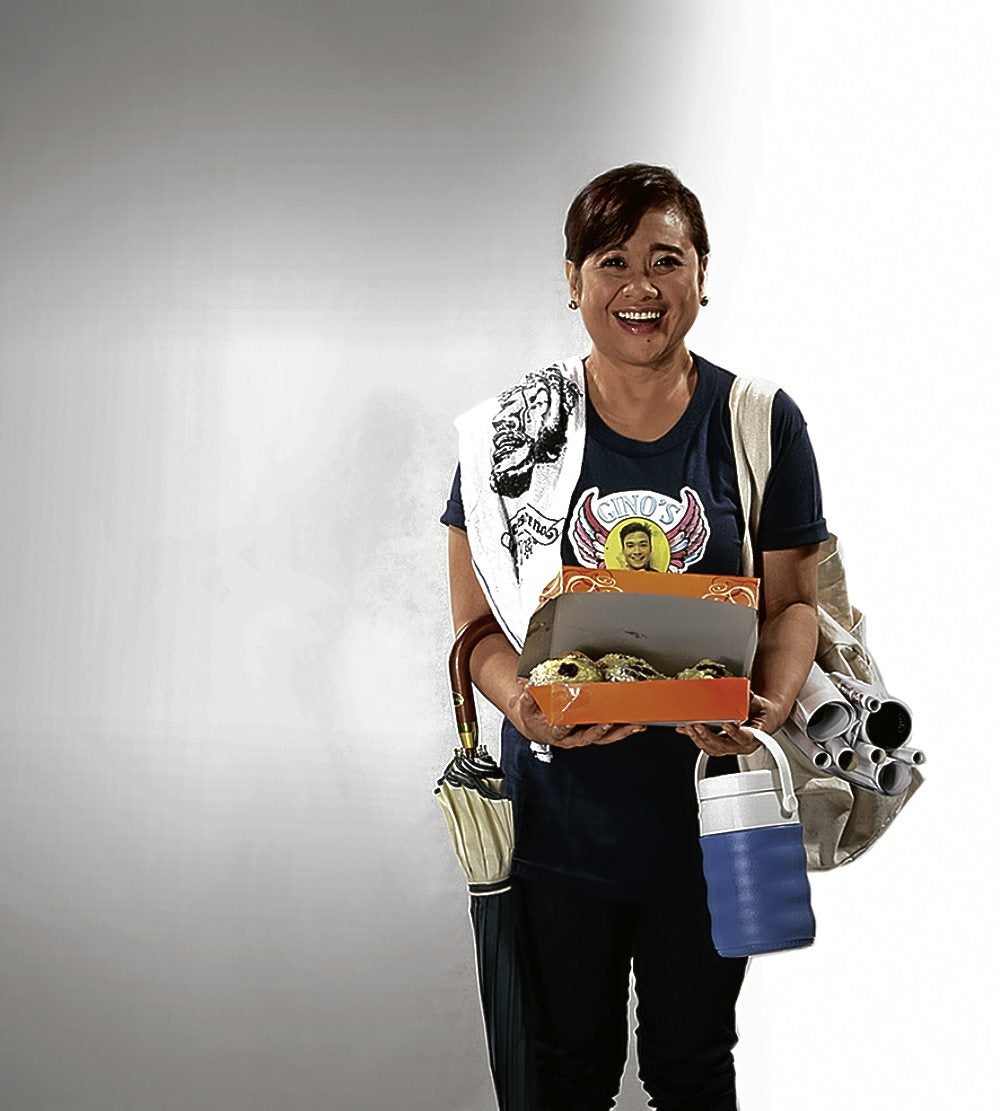 Bona is a die-hard fan of Gino Sanchez, played by Edgar Allan Guzman (“Ligo Na U, Lapit Na Me”), a contestant on a television talent search show.

The late Brocka, National Artist for Film and Peta founding member, directed the film version in 1980, starring Aunor as an alalay (girl Friday) to macho bit-player actor Gardo (played by Philip Salvador), with whom she’s very much smitten.

Movies headlined by Aunor have been adapted for the stage before. Peta staged the 1976 film “Minsa’y Isang Gamu-Gamo” in 1991 with Aunor herself in the leading role. Tanghalang Pilipino staged the 1982 film “Himala” in 2003. Both productions were directed by Socrates “Soxy” Topacio, who will also direct Peta’s “Bona.”

“As a fan, she lays claim to empowerment as she believes that the inclusion of fan votes for a talent search affords her the power to choose tomorrow’s next big star.”

“At first, we tried to follow the plot points of the movie, but as the adaptation developed and the process, true to the nature of theater, became more collaborative, a lot of changes were introduced, though still anchored on the spirit of the movie.”

The resulting work is now a comedy-drama. Bucoy points out that the addition of comedic angles is not so much a pandering to Domingo’s comedic skills than the result of the “evolution of the adaptation resulting from the team’s collective vision.”

“The term ‘bona’ is used in gay lingo. ‘Nagpapaka-bona ka sa pag-ibig’ means you’re being stupid, being too much of a martyr for love. When we look at Bona from this angle, what might be melodramatic or even tragic to some might be comical to others. The difficulty lies in choosing a perspective. Isn’t it true that even when it comes to religious fanaticism, some of us may laugh at those who go into a trance while singing ‘In His Time?’”

The production will use videos as a transition device between scenes but Bucoy didn’t want the obvious comparisons to television’s commercial gaps. “We wanted to make the content of the videos part of the narrative. Working with my soul mate Tuxqs Rutaquio has taught me to be conscious of how text is ‘translated’ onstage. Form has a lot of influence on both content and how content is communicated.”

“With ‘Bona,’ using videos not only affords smooth scene transitions onstage, but it also enriches the very content of the material: Bona falls for a guy she first sees on television, desires to see on the big screen and follows in cyberspace. The guy is inside a ‘screen’ or a ‘monitor’ as Bona herself is slowly revealed to be seemingly trapped inside a ‘screen’ monitored by those who dictate what kind of life should we live.”