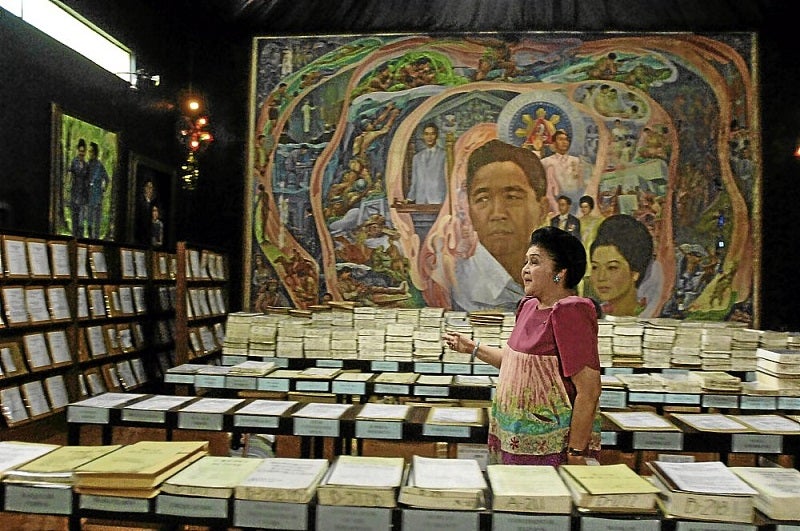 Marcoses not opposed to exhibit on Imelda jewelry—Bongbong Marcos 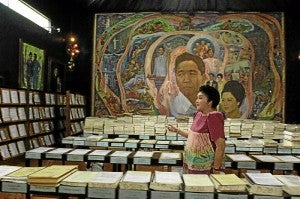 MANILA, Philippines—Senator Ferdinand “Bongbong” Marcos Jr. said on Wednesday his mother had already thought of displaying her jewelry when they were still in power.

But putting the jewelry up for auction would be a different and more difficult issue, he added.

The senator recalled having family talks where his mother’s famed jewels were discussed.

“I remember we talked about it several times.  She asked, ‘what shall I do with these?’ The family agreed to put it in public display because the people deserve to see them,” he said in Filipino.

Which means the PCGG plan to exhibit his mother’s gems is a welcome move.

But Senator Marcos raised his mother’s complaint about missing jewelry after reading a list of her seized jewelry provided by the PCGG.

“I have no idea how many pieces are no longer accounted for but when we once asked for the list from the PCGG, my mother noted that many were not on the list,” he told reporters.

“The question she asked was ‘bakit konti na lang ‘yun (why are there only a few left)?’” the senator added.

Not being the sentimental type, the younger Marcos said he could not recall a specific piece that would elicit memories for him.

“I know it’s valuable and beautiful.  I recall some pieces that my dad gave my mother on her birthday or at Christmas.   I’m sure she can tell you which ones,” he said.

The senator turned grim when asked about the PCGG plan to put the pieces up for sale.

“Has it already decided that these jewelry transferred ownership? Or is the whole case still in limbo?  I’m not following the case very intently but I can tell you, she did not just get those jewelry.  She bought those (“hindi naman basta kinuha lang ‘yun, siya ang bumili n’un”),” he said.