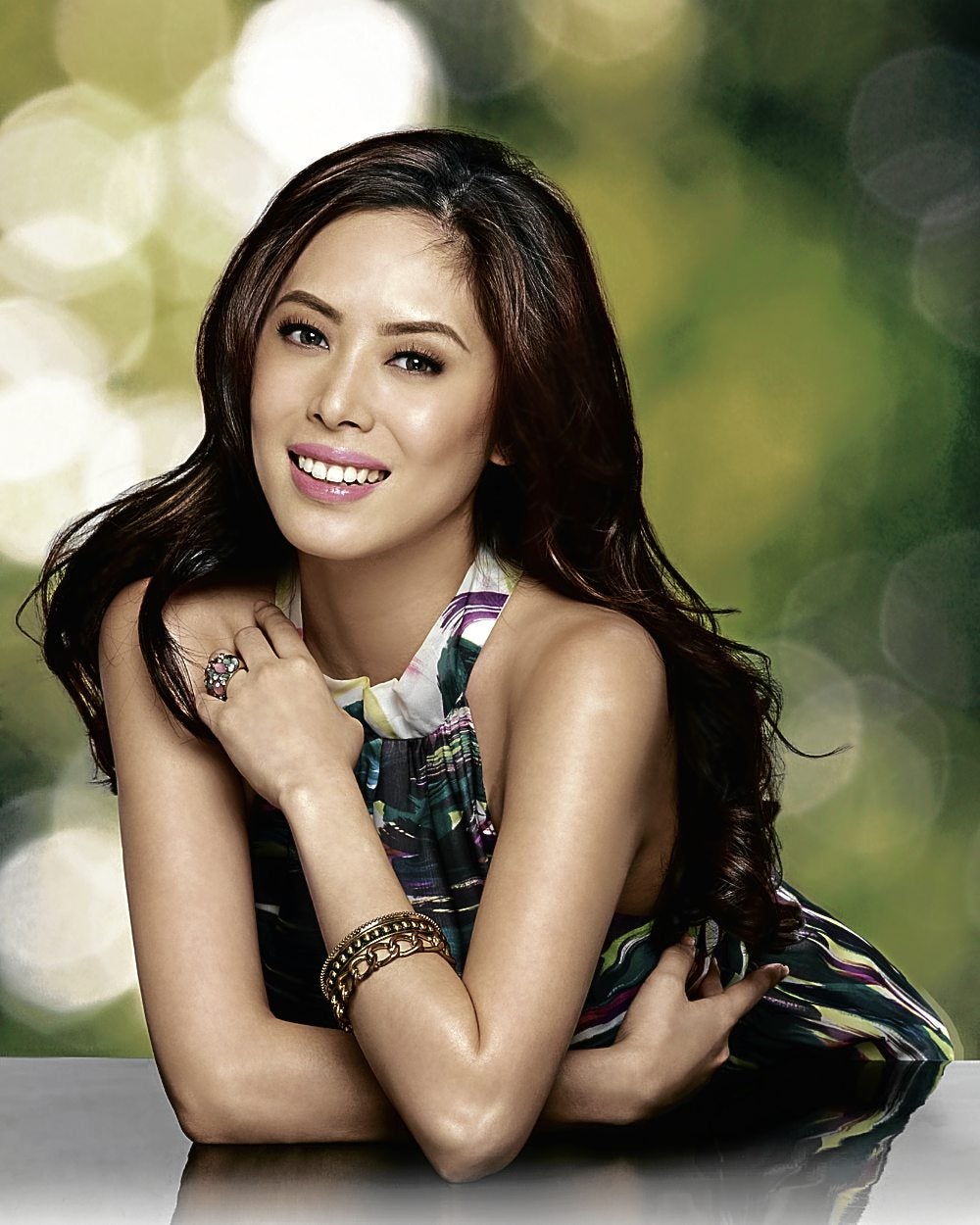 Model-turned-TV personality Phoemela Baranda didn’t lose sleep over being flat-chested, but when she crossed over to TV a few years ago, she started noticing how “flat” she looked. That was when she considered undergoing breast augmentation.

Since she has been going to Belo Medical Group (BMG) for her skin-care needs, she sought Dr. Vicki Belo’s advice. Baranda soon underwent the procedure, and was quite pleased with the results.

“As a model, I never needed extra curves,” she said. “But it was different on TV. I was super flat before, but after the procedure, my new figure is now more flattering.”

Together with fellow celebrities Jennylyn Mercado and Grace Lee, Baranda recently faced members of the media at Shangri-La Makati to share their respective beauty issues, and how Belo and her team of doctors addressed them.

While not a few surgical clinics, especially in the US, put breast implants just beneath the woman’s nipples or areolas, BMG literally goes deeper by placing them under the muscles.

Although it’s more difficult to do, such a procedure is worth it, as it leaves a more lasting and flattering appearance, said Belo. In contrast, implants tucked under the areola, apart from looking obviously fake, has a greater tendency to sag over the years.

“You just make a slice under the nipple and put the implant in, and that’s it. Nothing holds the implant but the skin. Since skin is quite weak, we’ve had to redo countless women who’ve had breast augmentation procedures done by other doctors,” she said.

These women underwent the procedure at 18, and by the time they reached 25, their breasts were already sagging down to their stomachs.

“As we age, skin tends to sag overtime. Since muscles are stronger, it would hold the implants better and longer. You could be 80 years old, and your implants would still be standing,” Belo explained.

And since muscles move with the body, the implants also look and feel more natural as opposed to those placed just under the nipples.

Belo also assured those thinking of having breast implants of their ability to breastfeed. Since the implants are tucked deep within the muscles, the chances of them impeding the production of milk are unlikely. Implants won’t also come into contact with the baby.

Sensation, especially within the nipple area, won’t be affected since the procedure doesn’t involve cutting or slicing any of the nerves under the areolas, Belo added.

Lee, who once dated President Aquino, had a different problem. She’s always been chubby and “top heavy” even as a child. Exercise and yoga enabled her to lose unwanted pounds during college, but her bulky arms refused to budge. Her realization came when she started doing TV.

“A lot of people, especially the mothers, who would see me in person, would comment that I didn’t look fat at all in person,” the multilingual Lee, a Korean, said in a mix of Filipino and English.

Whenever she would see Belo, she would always tell Lee to undergo liposuction. Since Lee was afraid, she insisted on doing it the hard way by going to the gym.

Although her upper arms became more toned and muscular, they didn’t get any smaller. Her problem became more pronounced since TV, apart from being such a “cruel” medium, tends to focus on the subject’s upper part, including the arms.

“Dr. Vicki once told me that my arms are like my frame on TV,” said Lee. “And since my arms are disproportionately big compared to the rest of my body, people watching at home think I’m bigger than I really am.”

Lee finally caved in to Belo’s wishes by undergoing Smart Lipo around her arms. The procedure, she said, literally changed her life. After “suffering” in vain at the gym, she wished she had done it earlier.

“I’m more confident now to wear sleeveless and halter tops. Before I was confined to clothes with short sleeves to cover my upper arms. I’m really happy with the results,” she shared.

The way BMG does it, said Belo, is different and more thorough than established procedures. Since she does the procedure herself on patients, Belo likes to believe that arms are her expertise. She said that she could do one arm in 30 to 40 minutes, half the usual time most doctors spend on the procedure.

But physically suctioning off the fat, or “liempo,” as Belo described it, is not enough. That’s why some doctors do so little because they don’t want to end up with uneven results—“bukol-bukol.” With Smart Lipo, Belo combines old-fashioned liposuction with lasers for more even results.

“Since ‘liempo’ is very hard, it’s smarter to use a laser first to melt the fat away,” she said. “If you insist on just suctioning off the fat, it’s going to come out in chunks. At BMG, we make liempo into Jell-O first before we even begin to suction.”

There have also been cases, especially if the amount of fat removed is quite extensive, wherein the skin refused to contract. To address loose skin, Belo recommends that the client undergo Bodytite, a radio-frequency machine to firm up loose skin.

“We’ve had Bodytite for years,” she said. “We’re the only clinic in the Philippines and one of 20 in the world which has it.”

Finally, for the naturally slim Mercado, her main concern was her dark, uneven complexion. This became more pronounced, she said, when shooting outdoors.

“I was really born dark,” she said. “Because of my work, I get exposed to the sun a lot, especially when we do outdoor shoots. One part of my skin used to end up dark, while the covered area was light. It was so difficult to achieve an even skin tone.”

After a series of Glutathione-IV injections, supplemented with oral doses of Belo Essentials’ glutathione capsules with collagen and vitamin C, Mercado was able to achieve a lighter, more even and glowing skin tone. She also visits BMG regularly to get a thorough body scrub.

“Of course, she has to maintain it,” said Belo. “Otherwise, her dark skin tone would come back. The procedure is safe. And contrary to rumors, glutathione doesn’t cause liver cancer. In fact, it helps the liver, which always takes a beating from the things we eat and drink, get rid of  free radicals.”

When she was starting her practice, Belo couldn’t understand the typical Filipina’s obsession with becoming “whiter.” She would always tell clients to be proud of their brown complexion, but they would still insist that Belo include a skin-whitening program in her menu of services.

“They told me that I have no idea what they’re feeling because I’m not dark,” she said. “I had no choice but to respond. It’s still is one of the leading concerns we get from clients.”

When daughter Cristalle Henares and her team were developing over-the-counter glutathione capsule, Belo insisted that they give her more than a skin-whitening capsule. She wanted something that could also minimize wrinkles and other obvious signs of skin aging.

“I told them, don’t just give me glutathione capsules,” Belo said. “Give me collagen with it. It’s not enough to look white, you also need to have a softer, smoother and more even skin tone.”