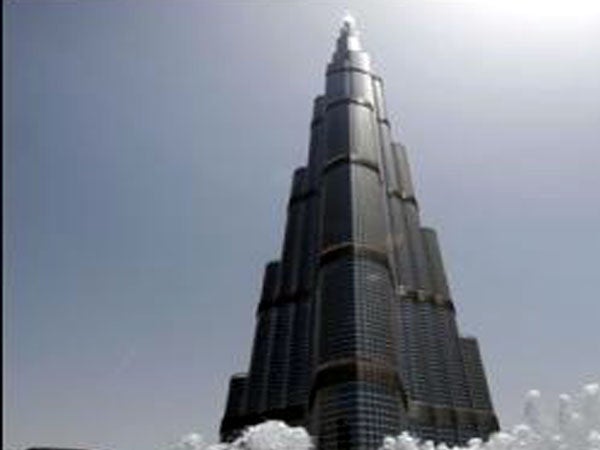 Dubai Mall is at the ground floor of Burj Khalifa. AP file photo

DUBAI, United Arab Emirates— Vogue’s fashion-loving fans will soon have a chance to drink in the magazine’s aura at a new cafe in Dubai.

The glossy’s global publisher, Conde Nast International, said Tuesday that it expects to open the Vogue Cafe in the glitzy Gulf emirate’s largest shopping mall by the end of the year.

It will be the company’s first such cafe in the Middle East, where luxury fashion labels such as Louis Vuitton, Burberry and Chanel are extremely popular among the region’s well-heeled shoppers.

“The expatriate community and the local Emirati community are very conscious of brands,” said Stuart Nielsen, director of Conde Nast’s restaurant division. “People always love to eat and drink, and we see an opportunity because they love fashion.”

The cafe will be surrounded by high-end fashion and shoe stores in Dubai Mall. The sprawling shopping center is located at the foot of the world’s tallest skyscraper, the 2,717 foot-tall (828 meter) Burj Khalifa, which is already home to a swanky hotel and several restaurants designed by Giorgio Armani.

Contemporary European food will be on the Vogue Cafe menu, but no alcohol will be served, Nielsen said.

Drinks, however, will be available at another Conde Nast outlet designed to cater to male fans of its magazines. The publisher expects to open a bar based around GQ magazine in one of Dubai’s high-end hotels next year.

English-language versions of both magazines are available in the Middle East, though Conde Nast does not publish local versions of either.

The publisher is partnering with a Dubai-based firm called Inspired Group on the cafe and bar. Nielsen declined to discuss the financial terms of the partnership.

Conde Nast opened a similar cafe in Moscow in 2004. It has since opened two other establishments tied to its brands in the Russian capital.

The company is planning to open another GQ Bar in Istanbul this year, and has signed deals for Conde Nast establishments in Bangkok and Singapore, Nielsen said. It is also considering opening cafes in Mideast cities closer to Dubai, including Kuwait City and the Emirati capital, Abu Dhabi.

Besides Vogue and GQ, Conde Nast’s titles include The New Yorker, Wired and Vanity Fair.