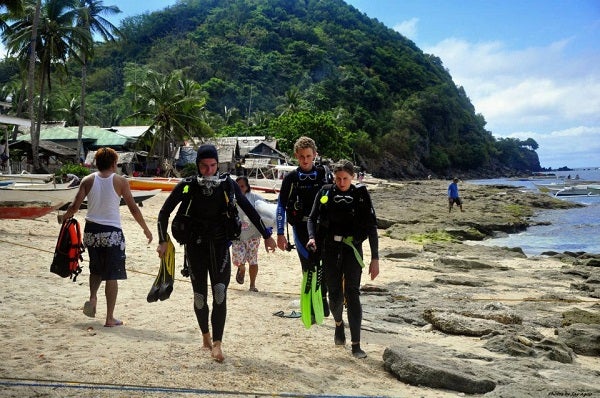 In The Know: Apo Island, the ultimate dive destination

A renowned diving site, the island was established as a marine sanctuary in 1982. In 1994, the reserve became part of the Department of Environment and Natural Resources’ protected landscape and seascape.

Home to 650 documented fish species and 400 kinds of corals, Apo Island was included in a 2008 list of the world’s “ultimate dive destinations” compiled by the UK-based Sport Diver magazine.

The official publication of the Professional Association of Diving Instructors described the island as replete with a continuous chain of underwater life with hard and soft corals attracting reef fish like snappers, surgeonfish, damselfish, parrotfish, anemone fish and wrasse, which in turn invite large species like barracuda, tuna, white tip and blacktip, turtles and manta rays.

Falling under the municipality of Dauin, Apo Island has 918 residents based on the 2010 Census. Inquirer Research