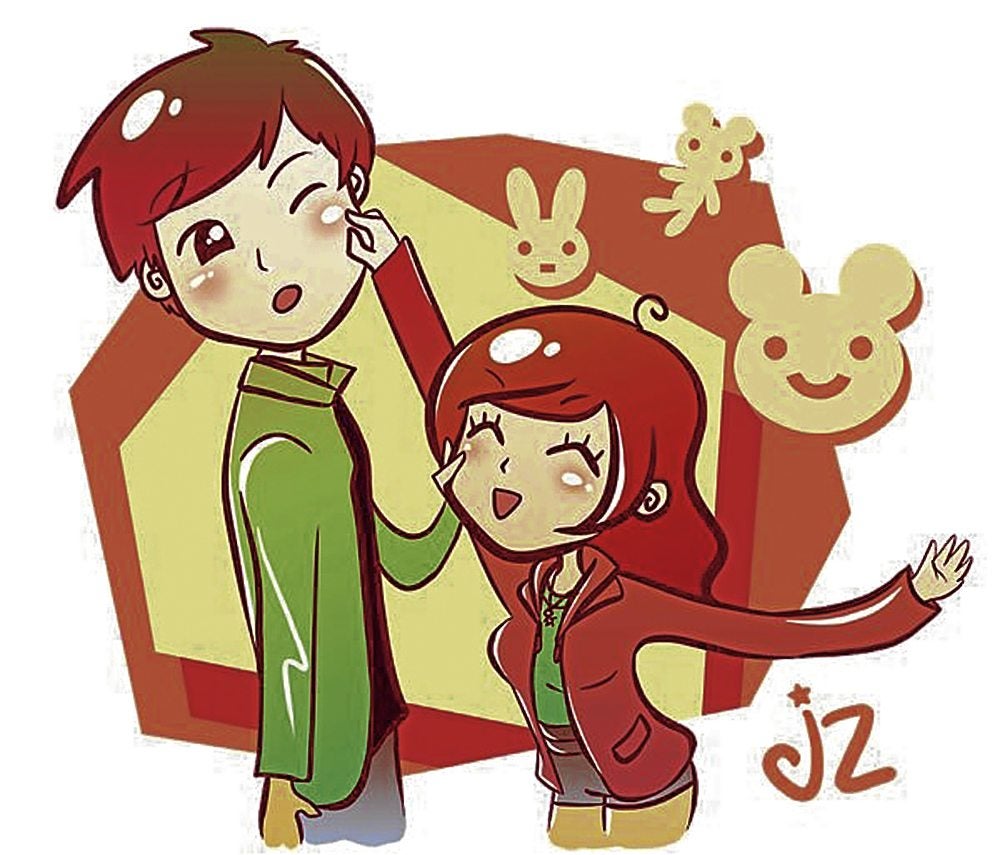 Of burgers and Taylor Swift: A heartbreak story

I was 16 when I had my first heartbreak, even before I knew I had fallen in love.

He was the sweetest guy I had ever met, with his easy smile, faded jeans, and the Chuck Taylors he wore until its soles had holes.

He was two years older than I, both in age and perhaps in experience, too.  He was a junior; I was a freshman when I first met him.

We both belong to a volunteer organization, which I signed up for only because I was eager to find my crowd in college. I had no idea what they did in the org, but that didn’t stop me from picking up my pink feather pen and signing my name on the list. I recall I was giggling a little when I did so.

That was when he first noticed me.  He walked up to me, and introduced himself as a member of the organization. He had chinky eyes.

I asked my classmates, who, like me, barely knew the lay of the land, about him. They seemed to have a certain blissful look in their eyes as we did a little “Pinoy Henyo” just to confirm we were talking about the same guy. “Yung cute na chinito na naka-chambray na polo shirt?” So, he was another popular guy, at least with the girls, in the university. And he saw me!

I tagged along  as he went around the campus, talking about global warming and environmental disasters. How he railed against the use of plastic straw. Listening to him, I felt so guilty that I had our maid replace my plastic lunchbox with another made of tin. (He also railed against mining, but I was a little wiser by then.) He spoke emphatically. I hung on to his every word against rapid deforestation.  I was his, though I didn’t know it then.

He liked music, too. I did find his taste a little baduy, but Asin sounds like a cool band, after hearing him praise them for their songs that he said were ahead of their time.  I was content with replaying Taylor Swift’s songs. I listened to “Teardrops on My Guitar.” I imagined he was my own Drew, as I hugged my stuffed teddy bear.

The first semester was almost over when I saw him on the phone, alternately talking and smiling. When he was done, I dropped by his table, where he coolly sat with his feet resting on the bench. He seemed so happy. Curious, I asked him who he was talking to, and why he was so happy.

He said he had met a girl (and it certainly wasn’t me!). He told me how he met her, in the same joyful tone he used whenever a panda was successfully bred in China. I realized that girl was right up there alongside green technology, wind farms, renewable energy—among the things that made him ecstatic, and made his dimples show even more.

That night I listened again to Taylor Swift, and felt like crying. It was all new to me, getting my heart broken. It was my first time to entertain thoughts that something I wanted couldn’t be possible. I couldn’t run to my dad and ask him to make it happen.

But being the go-getter that I am, I quickly resolved to give this girl some serious competition. After all, I was active in the student government back in high school. I could win in this game, just like I did in everything else. So, I found myself dropping hints. If only Carly Mae Jepsen’s “Call Me Maybe” had hit the airwaves then, it would have been so easy to send him a message!

I dogged him, and found myself reading up on environmental issues just so we could have serious conversations. I even caught myself running errands for him, but, thank God, he didn’t ask me about clothes or flowers for this girl, who irritated me simply because she made him so happy!

I switched to organic toiletries (I simply bought anything that had “organic”  in its name). I didn’t wear anything leather, although I missed my leather kikay purse.

But the day came when I realized it was all for naught. I passed the building where our volunteer organization had an office. He would always be there in the afternoon. I was going to ask him out (I know, revolutionary, eh!).

Dry as a bone

I dialed his number on my phone, and after a few tries, he finally answered. I asked him if he would like to have a burger with me. Nothing grand, but I had heard of this store where they served meat-free burgers.

He said he couldn’t go out because it was raining hard. I thought I heard a female voice in the background, so I immediately took the hint and said it was all right. Outside the building, the sky was blue and cloudless, and I was standing there, dry as a bone.

Feeling a little angry, I decided I would take the burgers to him. If you can’t take Mohammed to the mountains, take the mountains to Mohammed. Besides, I really wanted to meet the girl. So, armed with three vegetarian burgers, I stormed our office with the determination of a Parisian about to overthrow the monarchy of France. No girl in sight. He wasn’t even there.

That day, I found myself snacking on three burgers, laughing at myself. And shedding some tears, too. I decided that I had had enough of this crap, and looked forward to a trip to Boracay at the end of the semester.

To forget him, and to ease myself through the process of forgetting, I quickly changed everything on my playlist. Taylor Swift was the first victim of my  delete key. I gave away all the organic products I had, and the maids in the neighborhood were the biggest beneficiaries.

I put my pink feathered pen in a drawer that I seldom used because it reminded me of the day I first met him. I cleared all the reading stuff he gave me, like clippings of Al Gore warning against climate change. I think I even tore some when I felt dramatic.

I touted my leather purse again, like an old friend I hadn’t seen in a long time. I began using plastic straw. I tried cheering myself up while gossiping on afternoons with friends at Happy Lemon (before it became too mainstream).  I tried to see him as little as possible. Heck, I even joined another organization! I poured myself into studying, like the scorned lover  that I was.

Getting busy, I now realize, is the easiest way to move on from anything.

It was the opening of the second semester when I talked to him again. I was a little tan from a week in Boracay. He asked me how my vacation was. I faked a smile, and told him it was all right. I didn’t tell him about the burger thing, or about the nights I cried myself to sleep over whether I should delete his number or not.

It was a little painful that he didn’t even seem to be aware I didn’t text him over the sem break. Our conversation was brief. He still had the easy smile and those chinky eyes. His Chuck Taylors were still running thin in the soles. His jeans were still faded. I watched him walk away from me. He wasn’t alone for long. A girl walked beside him soon enough, holding his hand as they went to their class.

I turned around and walked to my first class, happy and sad at the same time. I realized that holding on to something that is not meant to be is like trying to live “forever young.” Happy, because I knew I could survive. Sad, because I knew my first love could never be mine.