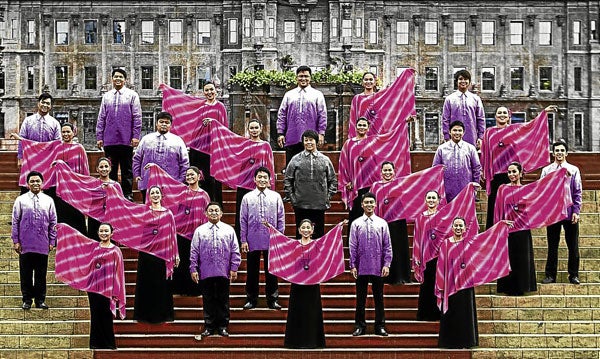 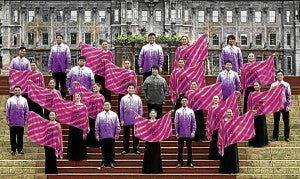 The Slovenian choir has been in Manila for more than a week now to interact and collaborate with the UST Singers as part of its 2011 Asian tour. It has been holding a workshop-forum titled “The Choral Art of the APZ Tone Tomšic.” It will leave for Taipei on Tuesday.

The highlight of the Eastern European choir’s nine-day soirée is “Dos Bravissimos,” a one-night collaborative concert of the two choral heavyweights.

The Slovenian choir is composed of students from University of Ljubljana.

APZ Tone Tomšic’s placed first at the 57th Cork International Choral Festival, earning the Fleischmann International Trophy this year. It won the European Grand Prix for Choral Singing in 2002 and 2008. It is led by seasoned conductor Sebastian Vrhovnik. Last year it won again the Choir of the World, otherwise known as the Luciano Pavarotti Grand Prize, at the 2010 Llangolen International Music Eisteddfod in Wales, UK, reputedly the oldest and most prestigious choral competition in the world.

The group is slated to go on tour again later this year.

The UST Singers is under the baton of Fidel Gener Calalang Jr., head of the Conducting Department of the UST Conservatory of Music.