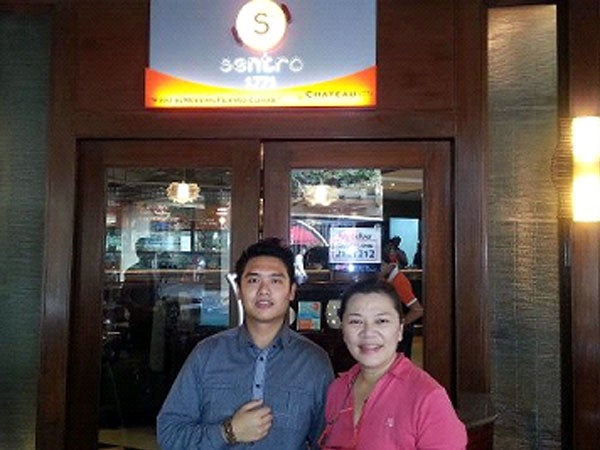 MANILA, Philippines—One popular Filipino dish that it reinvented with a modern twist to it and which has since become its signature dish is Sentro 1771’s Corned Beef Sinigang, and the decade-old restaurant intends to keep its customers’ dining experience special with every single bowl of this sinigang (a sour soup dish) that it serves.

Constantly replicated all throughout 10 years of Sentro 1771’s existence is its commitment to suit the tastes of its diners by carefully adjusting the seasonings in every bowl of sinigang it serves. And this experience is the very backbone of the restaurant’s success, said Cyrus Cruz, marketing manager of Chateau 1771 Group of Restaurants.

Chef Vicky Rose Pacheco, half of the partnership that built Sentro 1771, said that from the Corned Beef Sinigang, she gradually added new and exciting takes on other Filipino favorites.

Pacheco, according to Cruz, sought ways to make traditional Filipino dishes appealing to their target market, mostly expatriates, without changing the flavors too much, “retaining traditional flavors which locals and balikbayans will recognize.”

Families and small to large groups flock to the restaurant for a taste of what Sentro 1771 claims to be the first ever Corned Beef Sinigang, Cruz said, adding that the venue has always believed in the Asian way of dining, which is by sharing. And for those who feel that their prices are a bit daunting, Cruz defended that “our prices may be high but our food is sourced (by Chef Pacheco herself), freshly prepared all the time.”

Cruz said that Pacheco was very particular about where they buy their produce, using as an example the tofu they sourced from a particular establishment.

Sentro 1771, with only two branches—at Greenbelt 3 in Makati and Serendra in Global City— attributes its success not only to its modernized local cuisine but also to the entire Sentro dining experience of having well-trained staff and a comfortable ambience that makes one feel at home the minute he sets foot inside the restaurant. These are what made up Sentro’s blueprint for success, said Cruz, plus, of course, the slow-cooked Corned Beef Sinigang recipe, which many restaurants have tried to replicate.

And to top it off, the broth of every bowl of Corned Beef Sinigang can be adjusted to taste just the way the customer wants it.

To Cruz, what Sentro 1771 tries to do is to bring forward quintessential Filipino dishes and modify the recipes to be appealing not only to Filipinos but also to expats and foreign visitors looking to sample the local cuisine without straying outside the metropolis.

And this time, Sentro 1771 is giving a special treat to celebrate its 10 years of serving up not only its trademark dish Corned Beef Sinigang but also other favorites including its Sizzling Tofu, which is a fresh and healthier take on Sisig, yet another Filipino favorite.

As part of Sentro 1771’s celebration of its 10th year in the business, the restaurant is treating a lucky customer and three companions to a three-day/two-night stay at Discovery Shores Boracay. A Breville Espresso Machine isn’t too shabby a consolation prize either.

Sentro 1771 customers will get a raffle ticket for every single receipt purchase worth P1,500 from August 17 to November 3. Winners will be selected on November 5.