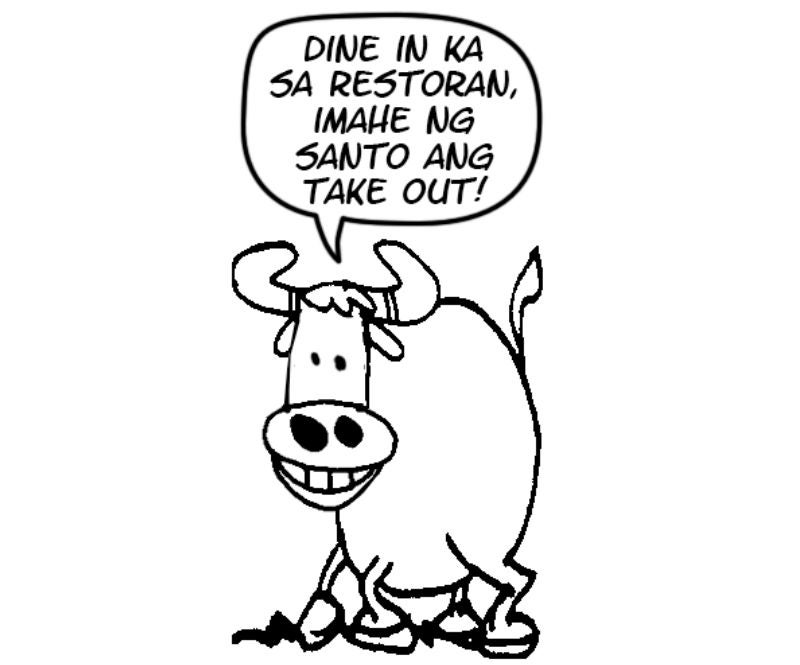 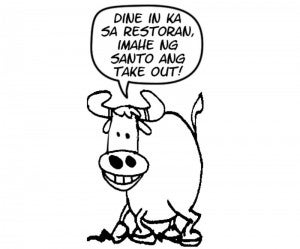 A restaurant known for serving dishes named after Catholic bishops has a new specialty—it’s not anything you can eat but it’s definitely “food” for the soul.

The latest offering by Ristorante Delle Mitre—an eatery that stands in a cluster of colonial monuments along General Luna Street (formerly Calle Real del Palacio) in Intramuros, Manila—is a wooden replica of the official image of soon-to-be-saint Blessed Pedro Calungsod.

The restaurant is now accepting orders for the wooden image of the 17th century missionary, who will be the second Filipino saint when he is canonized in ceremonies in Rome on Sunday.

“We are arranging to have it replicated but for the moment, they can place their orders at Mitre,” Fr. Marvin Mejia, assistant secretary general of the Catholic Bishops’ Conference of the Philippines (CBCP), told reporters.

The restaurant, owned by businesswoman Elvira Go, is just across the historic San Agustin Church and within the CBCP compound.

“We cannot mass-produce it right away because we are talking here of not just hundreds but thousands,” Mejia said.

Mejia said wood-carvers from Paete, Laguna—touted as the Philippine wood carving capital—were likely to help in the mass production of the image, which will be initially available in four sizes at prices ranging between P1,800 and P8,500.

It was also a Paete sculptor who carved  the Filipino martyr’s image,  based on the descriptions provided by retired Cebu Archbishop Ricardo Cardinal Vidal.

The statue showed the Visayan missionary standing with his right foot forward as if in a stride, “as if he is moving, to depict his dynamism, being a catechist, a missionary,” Mejia said.

The Calungsod statue also clasps a palm leaf and a copy of the “Doctrina Christiana,” an early book of Roman Catholic catechism and the first literary work published in the Philippines in 1593.

Born in the Visayas in 1654, Calungsod was doing missionary work in Guam in 1672 when he died a martyr at age 17. He will be the country’s second Filipino saint.

Some 5,000 Filipinos, including about 30 CBCP members, are expected to fly to Rome for Calungsod’s canonization.

A migrant expert, Manny Geslani, warned Filipinos to be wary of recruiters encouraging them to join the pilgrimage with promises of jobs as domestic workers in Italy.

Geslani said the chair of the Filipino Alliance in Italy, Bro. Junn Felix Landicho, had reported there was a “very high” unemployment rate in Italy and those intending to join the TNT (tago nang tago) army  must think twice.

Cebu Archbishop Jose Palma, the CBCP president, has also warned Filipinos planning to attend the canonization against going TNT, which refers to people who stay overseas without proper documentation and keep hiding to avoid deportation.

In Cebu City, sculptors have been swamped with orders to make images of Calungsod.

On Natalio Bacalso Avenue, they are busy churning out Calungsod statues, with customers giving strict instructions that the images should be faithful reproductions of that approved by Cardinal Vidal.

Sculptor Bartolome Alico Jr. is working on an image ordered by Cantabaco Shrine in Toledo City with specifications that it should  be glossy, one hand clutching a rosary and the other holding a catechism book and palm leaves.

According to the specification, a red streak signifying blood —Calungsod was supposed to have suffered a violent death—should be seen on the left side of the chest, streaming down to the feet. The statue should be wearing an all-white kamisa de chino.

“We have a client who wanted to have an image he can bring to California. He made us work on a 3-foot tall image,” Alico said.

In a statement, Binay said Calungsod should be the patron saint for Filipino migrant workers.

Binay, who is also presidential adviser on overseas Filipino workers’  concerns, said Calungsod “could serve as a great inspiration to millions of our migrant Filipinos who face daily challenges in their places of work abroad.” With reports from Carine M. Asutilla, Inquirer Visayas, and Tarra Quismundo in Manila