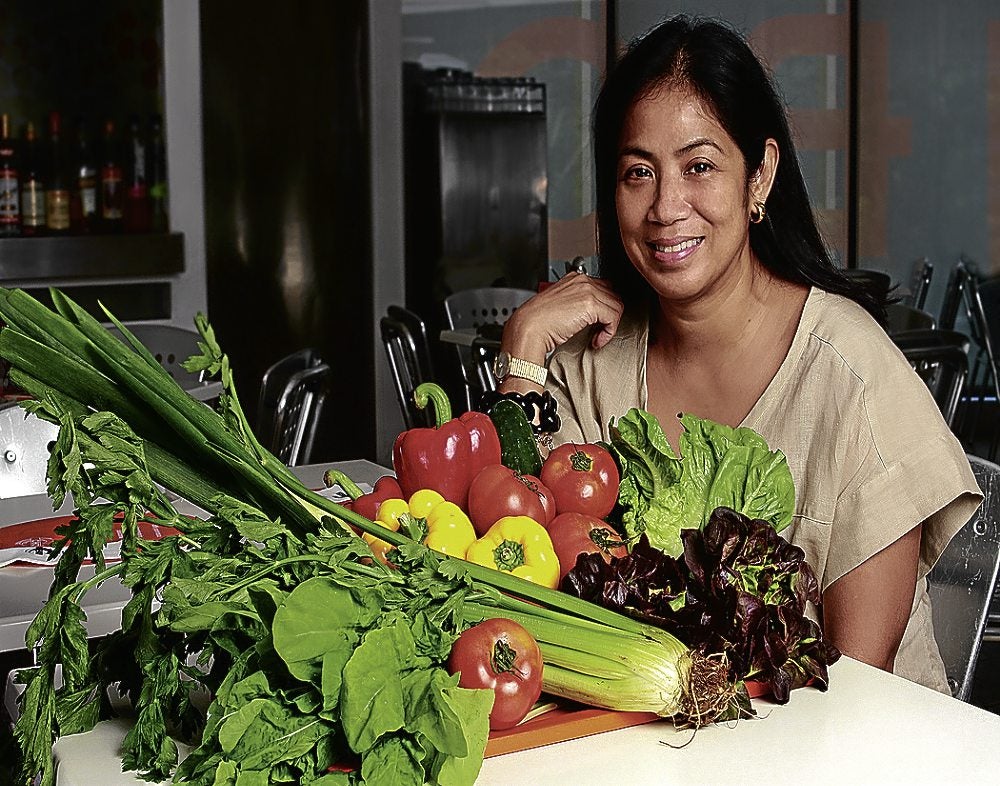 It is a golden brown, puffy half-moon, oozing with mozzarella at the edges and garnished with fresh basil leaves. Elegantly accompanied with a bottle of chili oil, the calzone offers many of the pleasures of pizza.

At Cibo, the calzone tonno is crammed with tuna, black olives, capers and cheese, so that the dough crimps exquisitely, puffing as it bakes and swelters at the top. Unlike the pizza, the calzone offers a surprise element; people are curious about what’s inside, and the dough keeps the ingredients warmer.

As a foil to this hot turnover, Cibo offers a curvaceous mound of gelato. With less fat and air unlike ice cream, the intense flavor of the caramel and the counterpoint of the Sicilian salt immediately strikes the palate. Gelato is the newest addition to Cibo’s menu, and it has been luring customers.

Still, it’s the classic tomato-based pasta, the spinach and gorgonzola dip and the summer squash soup that have remained the all-time bestsellers. As the restaurant chain turns 15 this year, entrepreneur Margarita Forés is proud that Cibo has been espousing healthy eating all this time.

For one, the restaurant has convinced children to eat vegetables through the pastas, the dips and soups. The kids end up learning Italian words such as pomodoro (tomato); zucca (squash); and spinacci (spinach).

When she opened the first Cibo outlet in Glorietta in 1997, Forés’ son Amado, then 7, was her inspiration.

“I had to make sure that the food would appeal to customers of his age,” she says.

Cibo has been a kid-friendly restaurant. While waiting for their orders, children are given crayons to color the paper place mats with drawings of robots called Cibots. Colorful fliers with drawings of vegetables and their corresponding names in Italian also keep them busy.

Forés also acknowledges businessman Alvin Lim for the management advice. “He’s the (proverbial) wind beneath my wings,” she says.

Back then, Cibo was located at the bridgeway leading to Landmark. Its open-style layout was not intimidating, but was casual and inviting. Likewise, it was fun to watch the Who’s Who nibbling their salads and dips.

The repertoire, which was novel then, has now become a standard in many restaurants—grilled hot sandwiches on triangular white and rustic breads, accompanied by finely fried potato chips and a creamy dip; pastas with authentic sauces with a long strip of bread.

Cibo manifested the core philosophy of Italian cuisine of using nothing but the best ingredients, and then letting them shine.

Today, there’s a sign on every Cibo table informing carbo-conscious customers that they can tell the waiter to forgo with the breads. Moreover, the signage proudly proclaims that the vegetables are organic. Aside from being free of pesticide residues, they taste and look better because of the quality of soil and farming techniques, hence eventually improving the quality of the dishes.

Customers on the Cohen and HCG [human chronic gonadotroprin] diets can request for the right amount of meat protein in the insalata di maiale (roast pork tenderloin) and insalata di manzo (roast beef tenderloin). If one can bust the diet in Cibo, it can also help you get back in shape with Forés’ health line.

“The world is changing. Cibo has evolved into a place that encourages wellness. Our longevity of 15 years reaffirms our commitment to be responsible. It strengthens our position in the industry and our ability to inspire others,” says Forés.

Architect Jorge Yulo’s edgy designs have helped define the look of Cibo. Then there’s Sushi Graphics, the design company that gave the brand its bold identity. Forés also acknowledges her suppliers such as Alexander and Clifford Lichaytoo of Bacchus International and Werdenberg International Corporation for providing the premium ingredients.

Forés takes pride in the organic celery, carrots, lettuce and tomatoes from Bukidnon that were cultivated from Italian seeds. The comforting minestrone soup, for instance, is made with these pesticide-free vegetables, with a vegetable broth to match.

She observes that in the past, colleagues in the restaurant business were very secretive about their sources. Lately they’ve been sharing “trade secrets,” knowing that this would ultimately benefit the restaurant industry.

In 2007, when Cibo turned 10, Forés received the Ernst & Young Woman Entrepreneur of the Year award for her accomplishments. What started out as a hobby not only became a profitable business but also a lifestyle brand. Cibo spawned other concepts such as the now defunct Pepato, a fine-dining Italian restaurant; Lusso, a sophisticated comfort-food restaurant set in elegant Old World interiors; Fiori di M, her floral arrangement business; and now Casa di M, her home line.

“No need to buy plates in China,” she declares. Plans are afoot to package them as Christmas sets for the shopping season.

Amid Cibo’s success, the 15 years were not without its share of humbling experiences. Forés closed down restaurants that were not thriving, often due to wrong location. Pepato was Forés’ dream, but its fine-dining concept no longer appealed to a market that has always favored casual dining. The space was too big, while customers favored intimate interiors.

But she has transformed such mistakes into wisdom.

“People are looking for value for money,” she says Forés. This explains why Cibo has been thriving through the years. Of the nine Cibo outlets, Rockwell, Shangri-La Plaza and Greenbelt 5 have been the busiest.

Forés recently discovered Eastwood Mall as a new market, and is venturing into Lucky Chinatown Mall as well, all with open-style layouts.

Another reason for Cibo’s success is that Forés has run it like a family while maintaining a tight, disciplined ship. Her pioneer employees have risen from the ranks to become managers. Many of those who left Cibo for greener pastures often came back. Ultimately, it’s her ability to recognize the talents of her people and offer them mentorship and friendship in achieving their tasks that have made the business a success.