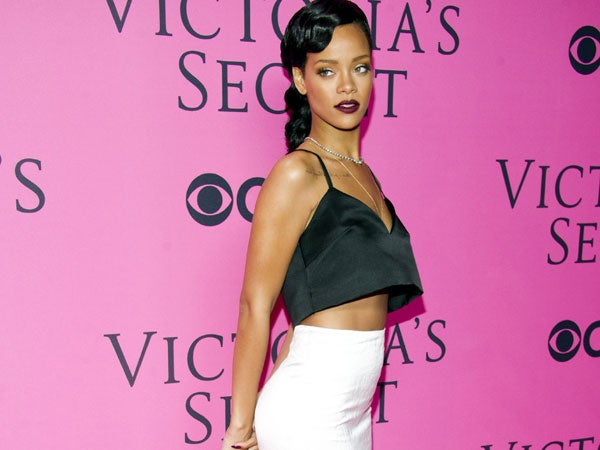 NEW YORK— Rihanna has rocked the lingerie look at Victoria’s Secret fashion show in New York, holding her own on the catwalk with some of the world’s top models.

Wearing a sheer pink mini Wednesday night that gave glimpses of her bra, Rihanna sang “Fresh Out the Runway” at the end of a corset-and-garter parade, grabbing the audience’s biggest applause.

The fashion show has become a pre-holiday tradition for Victoria’s Secret and CBS will turn it into a one-hour special to be aired on Dec. 4. It will also feature performances from Justin Bieber and Bruno Mars.

This year’s event had a slight twist. It started with an announcer noting that Victoria’s Secret and CBS had each made a donation to relief efforts for Superstorm Sandy.