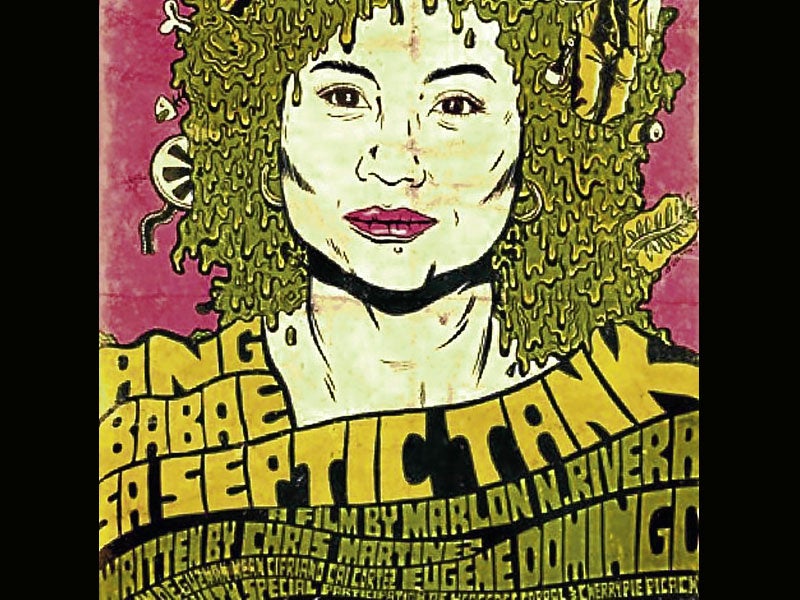 Why you should watch ‘Ang Babae Sa Septic Tank’ 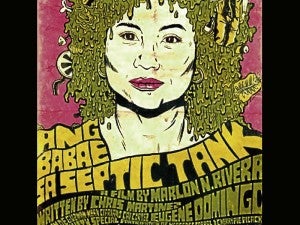 Best Actress. Best Screenplay. Best Director. Best Film. Audience Choice. The movie “Ang Babae Sa Septic Tank” won all these awards at the 7th Cinemalaya Independent Film Festival. Those who have seen it aren’t surprised. Those who haven’t have been raring to. The screenings at Cinemalaya were packed and, earlier this week, many braved the storm just to watch “Ang Babae Sa Septic Tank” at UP.

In this quick Q&A with Super, Chris and Eugene talk about the film, the feedback and why sometimes, sh*t happens.

How do you feel about the numerous awards “Ang Babae Sa Septic Tank” got in this year’s Cinemalaya?

Happy? Blessed? Palong-palo? Check na check! We got five major awards just like our last Cinemalaya entry, “100”, in 2008! But this time it’s better because we won best pic! 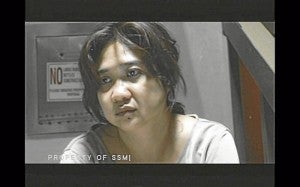 Did you expect the kind of feedback “Ang Babae Sa Septic Tank” has gotten from people? How has it been?

In my heart, I know it’s a crowd pleaser. Script pa lang, tawang tawa na si Uge and direk Marlon. Even our co-producers, Atty. Joji Alonso and JV Tence, swear that they were laughing like crazy the first time they read it. And when I saw the rushes from Marlon’s shoot, I was more than assured the film will deliver the laughs. But it’s not all laughter—it has bite!

The feedback was great! During gala night, we invited Malou Santos of Star Cinema just to see if they will be interested in distributing the film. After the screening, she talked to Joji Alonso to tell her that they are picking up the film! Now, we’re screening in 44 theaters nationwide. That’s the best thing that can happen to us.

What inspired you to write this screenplay?

Mostly my insights while doing the rounds of international film festivals for “100”, my first film. Tungkol kasi ’yun sa upper middle class na babae who has 100 things to do before she dies. She lives in a posh condo, drives an SUV and is played by the beautiful Mylene Dizon. Most of the audience get surprised especially in the Western countries na may sosyal na condo pala at SUV at mga magagandang babaeng matataas ang cheekbones na kagaya ni Mylene Dizon sa Pilipinas. They’re not used to seeing “beautiful” things from the Philippines. Ang expectation nila sa mga pelikula natin is poverty porn. That’s where it all started. And then I observed some more how the whole process of selection happens. Importante kasi kung ano ang napipiling pelikula sa film fests—it’s the world’s window to our country. It all boils down to what they want to see is what they don’t have in their country which is, yun nga, kahirapan. So, it’s not surprising if independent filmmakers do films on poverty because it’s those kinds of stories that get picked up by the programmers. 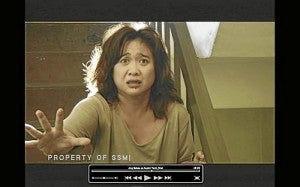 Which character in the movie can you relate to the most?

You’ve been directing your own screenplays for a while now—is it hard to hand over the control to another director? Or is that something you enjoy?

No, because I trust Marlon 150%. Sakay na sakay siya sa humor ko ever since. And I’ve known him for more than two decades. He was my boss, you know, in Basic Advertising. From the start, I know he can pull it off. There were times na he gets tired and he complains how complex my script is. I always tell him, I want your debut to be grand, I want you to show them what magic you can do in your first film. Unang pelikula mo pa lang dapat magpaandar ka na. Paandar! Pasiklab! Pasabog! Ayun, Best Director na siya!

It’s thought-provoking. It’s timely. It’s fun. Not just for film buffs and filmmakers but for everybody. And of course, we have the Eugene Domingo playing four different roles including “as herself.” San ka pa?

How do you feel about winning Best Actress for “Ang Babae Sa Septic Tank” at this year’s Cinemalaya Festival?

I am super satisfied! Cinemalaya is a very important event for me. This is their seventh year and I started being aware of it early on. Cinemalaya offers us new Filipino films to watch. I like watching films of different forms. What’s rewarding here is that of course as an actor, I get to accept and play roles that surprise the audience and myself as well!

What made you say yes to this project? 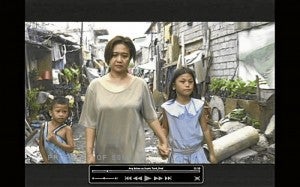 Let me quote “Eugene Domingo The Star”, “Papatay ako para sa role na to!” Hahaha! Marlon and Chris were telling me about this four years ago. We were in Osaka, Japan, attending a festival where “100” was shown. There was something about attending festivals which inspired Marlon and Chris to tell a story about this character and I remember them talking about this woman in a septic tank. I started to laugh kasi septic tank? Todo na yun ah, “tae” na yun, eh mas grabe pa sa basura, correct? And they said nga I’ll be playing it and I laughed even harder because parang usapang pinagti-tripan lang nila ako, haha! Three years after, Chris told me he will submit “Ang Babae Sa Septic Tank” to Cinemalaya 7 with my name in the cast. I read the script and I thought, ang bango nitong script na ito. It was chosen and there you go, sh*t happens.

Which scene was the hardest for you to shoot?

After the accident of falling into the septic tank during the shoot, I easily get tired, my back hurts and I get emotional. I thought it was post-hospitalization depression or whatever you may call it and so, the most difficult would be finishing all the scenes in the condominium building in one day! We had to do all three looks from early morning until midnight. Marlon and I had to remember and differentiate one thing from the other (the genres) especially when it came to my emotions and his execution. I’d call Chris to say how tired I was already and Chris would encourage me naman by saying, Kaunti na lang, my f (my friend, that’s our nickname for each other since our college days), kaunti na lang.”

Which scene was your favorite?

My favorite would always be the scene of “Eugene Domingo” in the mansion. Hahaha! Imagine watching yourself playing yourself but not really? Eugene in a mansion with a swimming pool and a pool boy? CRAZY.