Out of control | Lifestyle.INQ ❮ ❯ 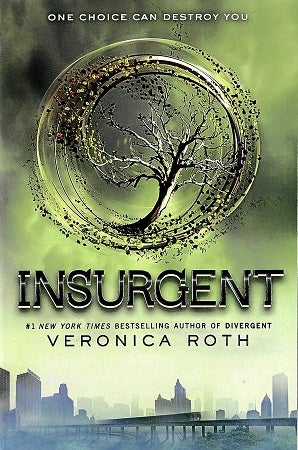 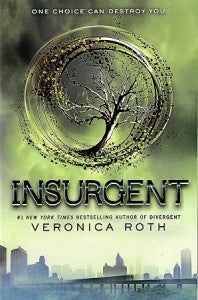 Beyond the sheer irony of making the idea of dystopia popular, the world-conquering success of Suzanne Collins’ “The Hunger Games” works because of the range of control methods showcased by the young-adult novels unloaded in its wake.

One series that skews close to the proven designs of “Hunger Games” without becoming a simple copy is Veronica Roth’s 2011 book “Divergent,” which was, to nobody’s surprise, the first of a planned trilogy and already picked up for a possible 2014 motion picture adaptation.

In the world of “Divergent,” the human society in the shadow of what was once Chicago is separated into five groups, depending on your strongest displayed traits: Abegnation (the selfless ones), Amity (the kind ones), Candor (those who are honest), Dauntless (the fearless), Abnegation (the selfless) and the Erudite. You are born into a faction, but once you come of age, have to choose one based on your own strengths. That is, unless you are someone with aptitude for more than one faction, the clandestine danger they call a Divergent.

The novel’s narrator, Beatrice “Tris” Prior, is shocked when told she is a Divergent and apprehensively joins Dauntless at age 16, before finding out about a conspiracy which had the Erudite covertly mind-controlling Dauntless soldiers in an attempt to wipe out their hated rival, the Abnegation.

At the end of “Divergent,” Tris had suffered terrible personal losses but has, together with allies and accidental companions, escaped onboard a train with information about the Erudite plot.

Roth’s sequel, “Insurgent,” (Katherine Tegen Books, New York, 2012, 525 pages) takes up exactly where its predecessor left off. With her former mentor and now lover Four by her side, Tris approaches the forces which should be sympathetic to her situation, in the process, finding out that there is a group in the city called the factionless, a rebellious sixth column which rejects the tenets of the other factions and wants to overthrow what it sees as an oppressive system of governance.

“Sometimes drastic change requires drastic measures,” one character says forebodingly. “I imagine it will involve a high level of destruction.”

As the factions move from long-held hostility to all-out violence, Tris finds herself betrayed by someone she is close to, and then finds out that there is a secret that has been the cause of all this suffering, a secret that she finds she must expose even at the risk of betraying all she believes in.

The similarities between the “Divergent” and the “Hunger Games” books are mostly structural in nature, though conflicted teen Tris clearly owes a characterization debt to Collins’ bow-wielding heroine Katniss Everdeen.

But “Insurgent” unspools a series of elaborate reversals and twists which shakes the status quo in the book’s final chapters before diving into a even more completely game-changing revelation right at the book’s conclusion—something it also has in common with Collins’ second book, “Catching Fire.”

It’s a fast, action-packed read with Roth showing she can really manipulate readers’ emotions with the book regularly dispatching conspicuously likable characters. Roth sets up events with a cliffhanger that will have readers awaiting the yet-untitled series finale due next year.

Veronica Roth’s “Insurgent” ramps up the intrigue and the action from its first book, giving readers an exciting if derivative take on yet another way to divide a people, this time by the qualities they possess. It leaves you with the question: which faction do you declare allegiance to?