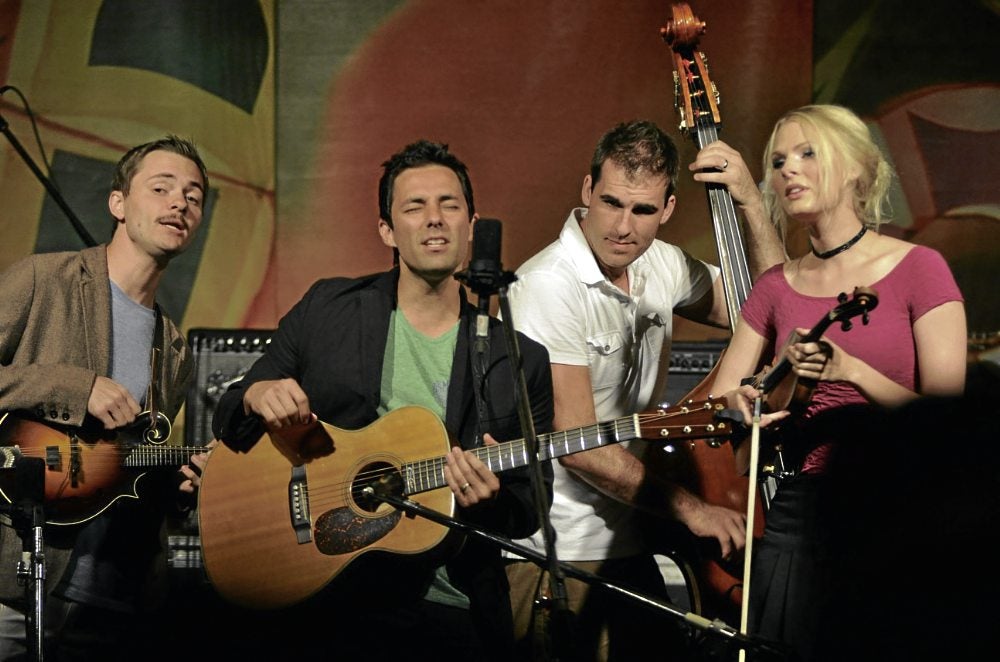 The band hails from Birmingham, Alabama, and is recognized for its invaluable experience in music education. Voted one of the must-see acts of Alabama, it was featured in the prestigious 2011 Year of Alabama Music.

The US State Department of State’s Bureau of Educational and Cultural Affairs and the Association of American Voices made possible AOC’s Philippine visit, which was supposed to realize Secretary of State Hilary Rodham Clinton’s vision of “smart power” diplomacy, aimed at bringing people together and foster greater understanding through music.

The project is undertaken by the US Embassy in Manila with the Cultural Center of the Philippines’ Cultural Exchange Department. Barasoian Kalinangan Foundation of Bulacan, The Podium and ’70s Bistro also helped organize the tour.

A welcome reception attended by some 100 guests was held at CCP’s Silangan Hall. AOC rendered two special musical numbers, including “Carol of the Bells,” which was requested by Irene Rada, PR head who emceed the short program. One noticed a literate, suave and appealing scoring. Bayang Barrios and the Kalayo bands also rendered numbers.

A series of workshop-interaction sessions were held at the CCP and in Marilao, Bulacan.

At the CCP’s Silangan Hall, over 50 participants attended the creative interaction, majority of whom were professional musicians, performers, and college students.

The interaction allowed the local musicians to share samples of their music.  UP professor and classical guitarist Lester Demetillo started the informal sharing and performed “Very Last Day” by the legendary folk ensemble, Peter, Paul & Mary.

Diwa de Leon played two original pieces on the hegalong with JP Hernandez & Frances Escape in the percussion.  Diwa called his second piece “Act in Progress,” which he composed only after his first meeting with AOC during the welcome reception at the CCP the night before.

Later the AOC performed in the concluding part of the program, showcasing its own kind of music and style.  Together with the participants, they separated into four subgroups (guitar, mandolin, bass guitar and fiddle/hegalong/percussion) to facilitate sharing of ideas.

At break time, Burns Belacho, guitarist of Talahib band, caught the attention of AOC’s guitarist Chris Griffin, who admired his unique style of playing the guitar.  Adam Wright, AOC vocalist, expressed admiration for Armando Derecho of UP Diliman and Victor “Kakoy” Legaspi of  Bamboo band, who eloquently played on the mandolin they brought with them.

Armando is also a guitar-and-mandolin maker.

Tim Caroll enjoyed teaching the college students from UP Manila some techniques on the bass guitar while Bethany Borg jammed with Diwa’s group.

After a coaching session, the bands were made to perform again, showcasing what they learned with very much difference and appreciated by everyone.

The musicians profusely thanked the AOC members for their tutelage. Terence Reyes of the White Sunday band expressed appreciation of AOC’s wonderful mission of sharing with them their expertise. She expressed the hope AOC “will come back soon.”

The sessions undoubtedly were productive. The opportunity was, indeed, a rare one, truly a potent vehicle not only for learning and interacting between Filipino and American but also for fostering mutual cultura understanding.