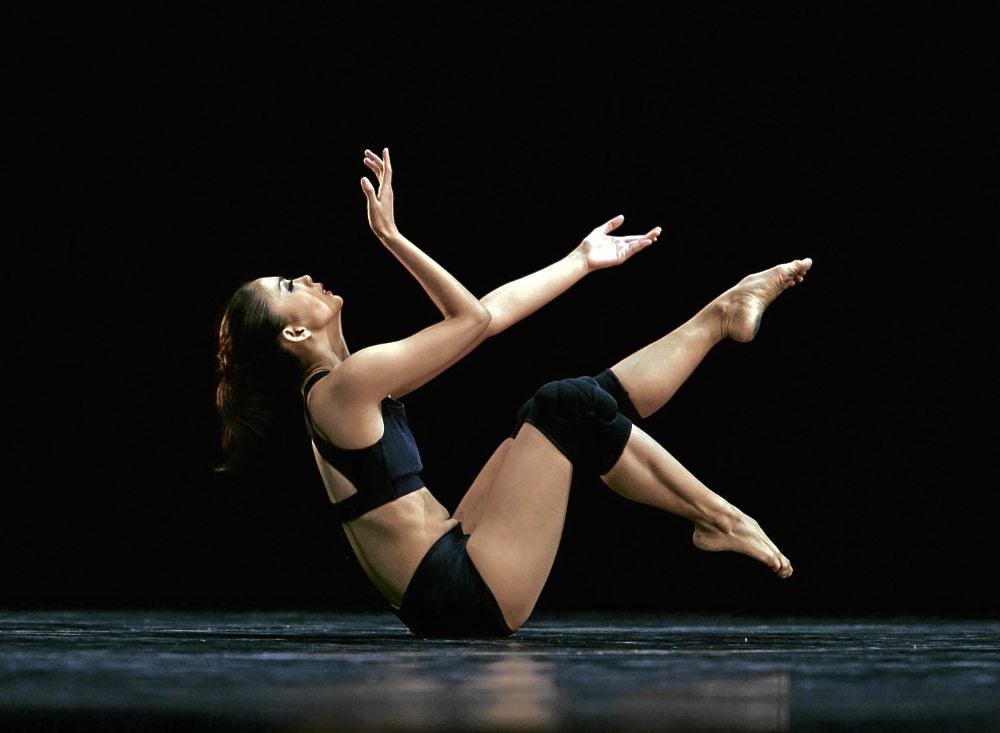 As we sadly bade adieu to Candice Adea, perhaps the most decorated Filipina ballet dancer to date, garnering all colors of medals in international competitions, the bittersweet reality is that she now finds herself in a “better place.” She has accepted the invitation of the Hong Kong Ballet as soloist, making her debut  as company member on Nov. 2 in  Balanchine’s “Theme and Variations.”

For the finale of Ballet Philippines’ season opening this year, Adea and partner Jean Marc Cordero, fresh from winning the gold medal and an honorable mention, respectively,  at the International Ballet Competition in Helsinki, Finland, triumphantly breezed through a joyously lilting  grand pas de deux with music by Gioacchino Rossini, especially choreographed for them by former Ballet Philippines’ artistic director Augustus Damian III.

Hand-painted costumes were designed by couturier James Reyes, who had  created costumes for  their “Flames of Paris” pas de deux when they guested in Riga, Latvia,  earlier this year.

Damian’s choreography and  both costumes were said to be gifts to the couple by Damian himself and a group of supporters who bemoaned the lack of support for the dancers’ efforts in their two-year competition marathon in an effort to reach their goals while beating the international competitions’ age limit.

Adea just turned 26, the age limit in the Senior category. Perhaps 70 percent of the financing for the international competitions they joined—Jackson, Mississipi; Boston, Korea and Helsinki—came from the couples’ own coffers.

Philippine audiences had barely seen enough of Adea’s immense talent and lyricism and now are denied that sheer pleasure of watching one of our own, in top internationally acceptable dance form.

Sadly, not many realize that out in the world there are many other “sheer pleasures” we are denied, only because immense talent , especially in dance, is not given a lifeline long enough for a  dancer who takes training seriously to survive and compete against his “natural” untrained counterpart who can take home more pay with a few wiggles and far less hard work.

Thus, this otherwise wonderful national trait of being blessed with natural rhythm and musicality can ironically be either a blessing or a curse, more often the latter, that eventually nurtures the mediocre once that talent is comfortably and conveniently pronounced as “puwede na.”

Then again, there is the fielding of trained dancers to cruise ships or amusement parks. While they have the chance to dance “flat out,” these otherwise talented dancers are deprived of further challenges to refine and upgrade their skills in favor of a fatter paycheck for the same choreography ad nauseum.

Then there are a few, perhaps the luckier but striving ones, who garner the gumption to test their mettle internationally, just as Adea and Cordero have. They were not the first. Neither will they be the last.

Just recently, a YouTube performance of a young male dancer, Marcelino Libao, was sent to me by former Ballet Philippines principal dancer Franklin Bobadilla, now based in the Netherlands.

Libao,  more fondly known in ballet circles as “Macoy,” debuted as a soloist  with the Hamburg Ballet’s choreography of John Neumeier’s “Danse Siamoise.”

Although the original choreography by Mikhail Fokine, danced by the legendary Vaslav Nijinsky in 1910, save for a series of photographs of the dancer in various Thai poses, went unrecorded and undocumented, those in the know are all too familiar with the unbearable lightness of the dancer’s balon that is so clearly and effortlessly emulated by Libao in Neumeier’s take on this Thai-inspired divertissement, one in his suite of four dances  titled “Les Orientales.”

The road to Hamburg was alternately hard work and triumph. In 2008, Libao, accompanied by mentor and teacher Sofia Zobel Elizalde and coach Raul Sauz, joined the Prix de Lausanne, making it to the finals.

For his competition piece, he chose Neumeier’s ” Yondering,” something he felt he could interpret well, given the sentimental strain of Stephen Foster’s music.  Although he did not place, the esteemed choreographer took notice.

As prize for being a finalist, five scholarships to European ballet schools were his to choose from.

Anna Villadolid, Filipina principal dancer for the Munich Ballet for many years, recommended the Hamburg School of Ballet.

Although Hamburg is a rather dark and dreary city compared to other German cities, one of its central attractions is its ballet company, well-funded and  “investible,” that  is, a tourist draw, and where  Neumeier, perhaps one of the most respected chorographers in the world, is a star in his own right.

Libao was not alone in choosing the Hamburg school. Training alongside him was gold medalist of Prix de Lausanne,  Aleix Martinez, fielded by the Barcelona-based company of  Spanish dancer/choreographer David Campos and his Filipina ballerina wife, Irene Sabas.

At the end of the rigorous training, Libao, Martinez and  one other were the only three offered places in the ballet company.

Just how many of these dancers do we really know, or even heard of, whose performances we may never see except  those who came home to perform or were lucky enough  to get posted on Youtube?

The international acceptance of  Filipino dancers says a lot on how our dance trainers equip their students.

As Elizalde, former principal dancer for Ballet Philippines,  observes from her 20 years of experience running Steps Dance Studio: “From what I’ve seen, our strength is that Filipinos dance from the heart. You can feel their depth. They reach out. There is a natural charisma. But our weak point is our feet… the use of feet. Most Filipinos have flat feet, so we need to work harder at articulation of footwork. We focus too much on the upper body.”  (English ballet master William Morgan had also pointed this out during his stint at Ballet Philippines in the early ’80s.)

Elizalde says she had advised Libao, then 16, to take an intensive summer workshop at the  School of American Ballet  Theater in New York, where he worked on strengthening his feet.

“What Macoy has going for him, too, is the right physique,” says Elizalde, adding   major dance companies always look at the feet. “If you don’t have good feet, they won’t even look at you.”

Many of these dancers who have done well abroad more often  have received their basic ballet training right here. Ballet Manila’s Lisa Macuja can be credited for Christine Rocas’ start. Rocas, whose long fluid limbs, graceful torso and, yes, articulated feet, have been lauded by critics in Dance Magazine and on the Internet.

In the more recent past, we were fortunate to have witnessed live performances of those who have made names for themselves away from home: Marybeth Roxas at Alvin Ailey; Rey Dizon at Les Grande Ballet Canadiens; Manuel Molina at Ballet Internacional de Caracas; Tina Santos in San Francisco Ballet; her sister Cecile on Broadway; Anna Villadolid at the Bavarian National Ballet; Franklin Bobadilla at Scapino Ballet in the Netherlands; Augustus Damian III in Maurice Bejart’s Ballet of the Twentieth Century; and, of course, the Philippines’ one and only prima ballerina, Maniya Barredo, anointed by Dame Margot Fonteyn.

Today, there is a younger generation composed of the likes of Libao,  Adea,  Rocas, Sonny Locsin and others whom we yet have to discover on YouTube. There is, however, no substitute for a flesh-to-eyeball encounter of a wellspring of talent, noticing the swell of sinews and the drizzle of sweat embellishing a beautiful dancer’s form unfolding.

Perhaps with the brightening Philippine economy and the slow apocalypse of the Western economy, these dancers will find their way back home.

So the question that begs for an answer still remains the same: When will we choose to sustain an art form that has all the ingredients of becoming a national staple, a possible tourist attraction, in a country that is replete with natural talents that only need to be disciplined, refined and supported?