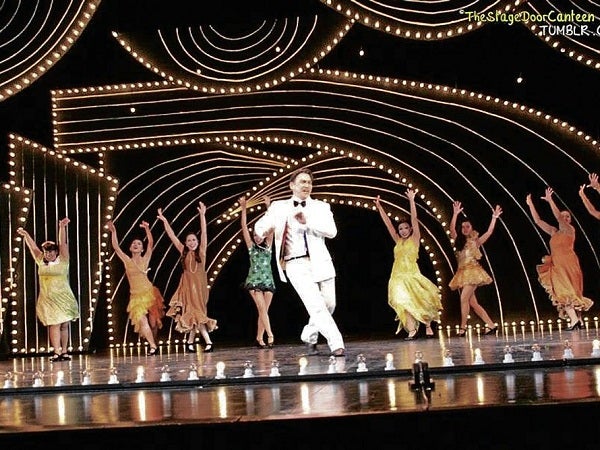 ‘Stageshow’ and the National Theater Festival —the return of the native

By native, we mean, of course, original Filipino material, which for much of this year seems to take a beating from either a general lack of visibility or the lackluster quality of many new homegrown offerings.

Year in and year out, foreign musicals have typically ruled Manila’s theater circuit in terms of sheer number and commercial buzz. But before Mario O’Hara’s towering final work “Stageshow” debuted in October, that landscape was even starker this year, with a grand total of two new local musical productions managing to eke out a decent run: Ed Gatchalian’s “Rivalry: Ateneo-La Salle, The Musical” (a creditable effort, by the way, buoyed by winning melodies and an effervescent cast); and Philippine Stagers Foundation’s “Joe, A Rock’sical” (a narrative and stylistic mess, if an earnest one).

Elsewhere—from 9 Works Theatrical’s “You’re a Good Man, Charlie Brown” to Repertory Philippines’ “Jekyll and Hyde”; Upstart Productions’ “Forbidden Broadway”; Ateneo Blue Repertory’s “13” and its restaging of “Bare”; Atlantis Productions’ repeat of “In The Heights” followed by “Rock of Ages” and “Nine”; and Resorts World Manila’s “The King and I”—the template of the snazzy Broadway import (to be fair, often competently staged and played) remained the norm.

Still, none of them generated as much pop static as the international touring productions of behemoth Broadway musicals that made landfall in Manila this year, courtesy of Concertus Manila—first, the palate-teaser “Mamma Mia!”, then the Andrew Lloyd Webber warhorse “The Phantom of the Opera.” The latter commandeered the main theater of the Cultural Center of the Philippines for a three-month run of perennially full-house performances—to much tsk-tsk’ing from certain quarters distressed at the lavish attention cornered by the mega-musical (which, though it hired 14 Filipino musicians for the 17-member orchestra, could only spare one slot in the cast for a Filipino actor).

Against that lopsided backdrop, fresh new works by Filipino dramatists would have had to accrue even more importance and urgency. Alas, for the first three quarters of the year, it seemed the flag of Philippine drama was flying forlorn, at half-mast.

The Virgin Labfest, for instance, the annual festival that has become the most important platform for debuting plays and playwrights, chalked up a disappointing lineup of mostly small-bore writing (the three eventually chosen as the best of Labfest 8 for next year’s edition could uniformly use more fleshing out and fine-tuning—too fragmentary or shapeless in the case of Aizel Cabilan’s “Pagsubli” and George de Jesus’ “Ang Unang Regla ni John,” or too derivative in the case of Guelan Luarca’s “Kuneho”).

That left O’Hara’s “Stageshow,” an instant classic in our book, to sally forth and reclaim territory for freshly minted original Filipino material. Was it possible, in fact, for the late creative titan to add one more masterwork to his now-legendary output in film, TV, radio and the theater?

“Stageshow,” which first ran for a mere two weekends at CCP’s Little Theater before aptly serving as the opening production of the ongoing 4th National Theater Festival, was an emphatic, blazing answer in the affirmative.

In a musical that revisited the last gasp of live stage entertainment in the country, before movies, radio and television completely took over and reduced the post-bodabil “stageshow” into a grubby footnote, O’Hara set himself the herculean task of resurrecting a long-vanished world from which much of present Filipino pop entertainment derives its DNA, whether it knows it or not—what critic Jack Kroll called “the mulch of show biz—the circus, vaudeville, gag-writing.”

It’s worth noting that the play’s story of undying love between stage performers Tirso and Ester—in a masterstroke, rendered in precisely the same garrulous “stageshow” treatment it was memorializing, via a seemingly inexhaustible cavalcade of songs, dances, skits, jokes, magic acts and general tomfoolery—is something O’Hara seemed to have forged from an earlier, similar work.

Peta’s 2005 production of his 1998 Centennial Playwriting Contest winning sarsuwela “Ang Palasyo ni Valentin” was also about love against all odds in the midst of a collapsing social order. In “Stageshow,” it was the wife who kept the torch; in “Valentin,” it was the husband with his fevered memories of his long-dead wife, even as the theater of their Elysian sarsuwela days is reduced to rubble by Japanese bombs.

Accordingly, O’Hara’s elegy to this lost art form, brought to electric life by director Chris Millado and a top-flight cast led by the husband-and-wife tandem of Nonie and Shamaine Buencamino, was no exercise in fuzzy nostalgia. What emerged from “Stageshow” was a quintessential O’Hara trait—sympathy and bemusement at the absurd desperations, the heartbreak as well as the hilarity, of his indestructible characters.

In a magical scene, Tirso and Ester find themselves becoming an instant family with a baby left in their care. The overjoyed couple explodes into a tap dance, which the rest of the ensemble, shod in clattering bakya, then spin into a delirious carousal (Denisa Reyes supplied the witty choreography, with assist on the tap dance sequences by Bayani Casimiro’s son Tony).

And when the family descends into squabble, the scene is rendered in radio-drama form, underlining how the Filipino story becomes mythified, transformed into soap opera, in the mill of evolving mass entertainment.

“Stageshow” stands as an indelible summation of O’Hara’s peerless gifts as a storyteller of the Filipino experience, not only for the skill and detail of his narrative (he had specified every single period-specific track and their placement in the plot), but also because it is about the art of storytelling itself (“Mga kwento ng tuwa, mga kwento ng luha—dahil iyon ang buhay ng tao”).

In a medium, one must note, that hardly anyone now recalls, but whose indigenous character of resilience, humor, stoutheartedness and grace under duress mirrors the best parts of the Filipino psyche.

More significantly, it helps map out a crucial lost era in the history of Filipino pop culture, and fills a gap in our understanding of a fundamental part of ourselves— what makes us the Scheherazades of the world, singing and dancing for our lives in the face of death and destruction.

And there you get a full-blown portrait of how the great tragicomic cycle of Filipino life (in Ester’s words—“Pagkatapos ng kantahan, sayawan, mga mahika at katuwaan, susunod na ang drama!”) played out onstage, live and in the sweaty, heaving flesh, before TV and the movies changed the old way of life forever and reduced everything to grains and pixels.

“Stageshow”’s defiantly homegrown worldview was a good harbinger of the productions that soon followed it at the National Theater Festival. We’ve seen three so far, and note that the blurbs aren’t far from reality: The regional drama groups showcased by CCP—most of them campus-based and peopled by nonprofessional actors and creative staff—are indeed doing valuable work, and can easily hold a candle to some of Manila’s established professional theater companies.

“Dula Ta” (Let’s Play), the Mindanao State University Kabpapagariya Ensemble’s entry, for instance, was a compact, powerful play about the effects of militarization on people and families in affected areas, without the preachiness of similar fare with socio-political bent. Directed by Romeo Narvaez, this was a  restrained but from-the-gut drama—though it could make  do without the poorly-made audio-visual intro.

Unlike their Manila counterparts, the preoccupations of companies such as Kabpapagariya Ensemble are clearly closer to home—issues that affect their civic lives and communities, expressed in performance styles that often mine the richness of their home places’ indigenous culture, rituals and folklore.

There was “Duha Ka Alimpo sa Habagat … Bohol 1700,” directed by Peta-trained Lutgardo Labad, which stitched together excerpts from the community presentations of the towns along the province’s signature Abatan River Community Life Tour into an engaging production brimming with local color, history and a fair amount of polish.

By the end of it, the well-trained ensemble (ranging from a 14-year-old tuyo seller to a 70-year-old farmer!) had sketched for the audience a town’s livelihood (basket-weaving and bolo-making), the provenance of a historic watch tower, how folk hero Tamblot resisted the Spanish invaders to become an enduring beacon to Boholanos, and how the habagat (monsoon storm) has shaped the life of the island and its inhabitants.

The scenery? Nipa fronds, and projections on white cloth that also served as the sail of a Spanish ship. Plus the voices of the cast, especially a young teacher named Geraldine Pancho, whose atmospheric vocals in the Boholano tongue gave the production striking charge and texture.

And from the Integrated Performing Arts Guild, the resident company of the MSU-Iligan Institute of Technology, came “Uwahig,” which retold in movement—derived from the beautifully fluid dance form pangalay—the epic of Indarapatra and Sulayman, whose cosmic battles became a metaphor for the modern-day decimation of parts of Mindanao.

Steven Fernandez’s production boldly challenged conventionality by eschewing dialogue altogether, preferring the haunting elemental noises his eight-person cast made, side by side with a neo-ethnic techno score, to conjure the Day of Creation in Mindanao lore.

What “Uwahig” and its brethren productions from the regions bring home is the realization that the Manila theater scene is so much the poorer for not being able to see, on a regular basis, shows like these that throb with native vibrancy and spirit.

It took CCP eight years, from the last National Theater Festival in 2004, to bring these local creative powerhouses once again to Manila. And yet the crowds have remained sparse; even many in the Manila-based theater community can’t seem to be roused to support their peers from the provinces, and the very festival that celebrates their art. In which case, why should the rest of the public be?