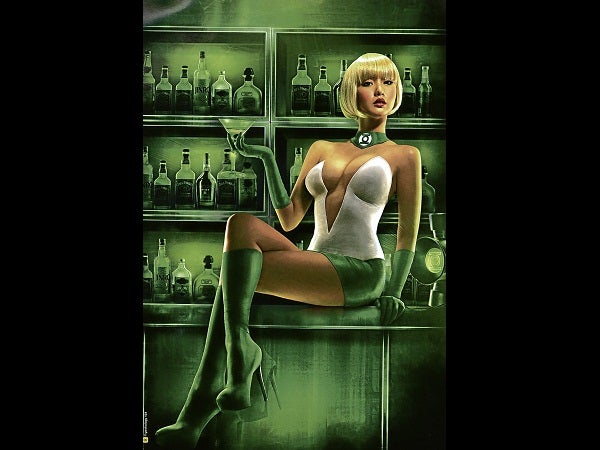 Geek behind the lens

Like his favorite comic book superheroes, Jay Tablante is split between two worlds. When nothing’s afoot, he is a mild-mannered ad agency photographer; pushing everything from women’s clothes to credit cards.

Meanwhile, his alter ego is that of a comic book fanboy, able to recreate famous superhero imagery in a single bound.

In his new book Geekology, Tablante sees the product of a five-year-long effort that had no final destination when it started. “It’s work that I’ve done out of passion on the side between advertising work so I thought I might as well compile all the stuff that I and my team have done and put it all together and see what happens from there,” he said.

The project started out with more of a general theme. Before concentrating on cosplay photography of Marvel Comics characters, Tablante was shooting famous images based on movies and toys.

His decision to focus on comic book characters meant dipping a finger on cosplay culture. “In between (work) projects, I spent time thinking about concepts, actually turning comic book (and) animé characters into real life. That’s how I taught myself to do cosplay photography.” 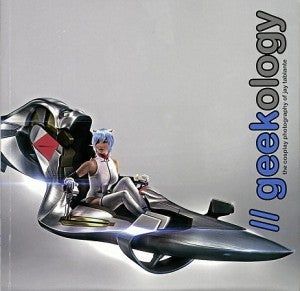 His exhibit last year, at Crucible Gallery, was a full-on love letter to cosplay. He insists on staying behind the camera, though. “I just like to take the pictures, thank you,” he said.

Tablante started collecting comic books at age 10. He recalls instant attraction to the first issue of the 1991 spin-off of X-Men. Chris Claremont and Jim Lee, the authors of the issue, would later autograph his photo recreation of Rogue from the comic book. The image can now be found on Marvel’s website.

He’s reluctant to compare himself to a superhero, but admits to favoritism—the X-Men character Gambit, who has the mutant ability to throw explosive playing cards laced with kinetic energy. “If I were to choose one, it would probably be Gambit because his power is cool. It’s very subtle. It’s not exactly there, but he has it. Whenever he wants to use it, it’s there,” he said.

Oddly, his favorite image from his book was not of Gambit, but the mutant’s on-off love interest, Rogue. “If there’s any image I always come back to, it’s that image of Rhian Ramos cosplaying Rogue. Why? Because it was the closest to the actual costume I saw in the comic book panel in X-Men #1,” he said.

“I wanted to replicate that shot when she was flying through a city. We researched and spent a good amount of money getting the costume customized for her. It’s real leather boots and it’s a neoprene suit. We basically invested a lot in the production value of it.”

For the book, Tablante tapped actors to dress up in superhero costumes—Solenn Heussaff as X-23, Paolo Paraiso as Gambit and Jinri Park as Psylocke.

Instead of cosplayers, Tablante chose professionals, more concerned with the quality of work than adhering to the ideals of a subculture. Besides, cool kids can be geeks too, he says.

“At the end of the day, I just want to produce the images.  So that’s my main concern. How I go about it, it’s all free flow anyway. I wouldn’t want to close the doors just because it’s geek culture,” he said.

“You’ll be surprised. A good number of celebrities are geeks themselves and they collect comic books like crazy. So you know, anybody can be a geek. And sometimes, some are really closet geeks. They appear cool and all that, but when you start talking pop culture with them suddenly their inner geek comes out.”

Between the sets, props, costumes and personal favors, Geekology has been a financial drain on Tablante. Much more so since he’s donating all sales proceeds to charity. It’s just as well, there’s probably not enough money in the superhero photography racket, especially for a man who allocates funds for neoprene suits.