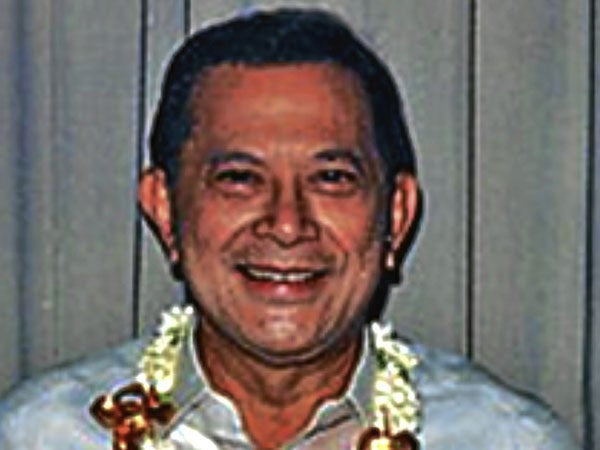 It was just a few days before daddy passed on to the next life that cold wintry day in January, 2004 when he softly whispered to me, “All that will be left are the memories…”

And so, on the occasion of his 84th birthday, thousands of precious images of him come to mind, some of which I would like to share so that he can continue to live on in our minds and hearts.

Daddy was fearless, especially when he believed in what he was fighting for. Freedom was non-negotiable, and he was willing to risk everything during the martial law years in his fight for freedom. I remember him telling my mother and us children to be ready to fend for ourselves in case anything happened to him.

When “tito” Ninoy Aquino was assassinated on Aug. 21,1983, my father was not afraid to voice his outrage at the murder of his childhood friend. When snap elections were held in 1985, he dared to take on the leadership of the Unido, whose 25,000-strong delegation elected him as presidential standard bearer.

When he was asked by Cory Aquino to step down to the vice-presidential slot, it was a most difficult decision to make. (The convenors’ group led by Chino Roces asked Laurel to run as Cory Aquino’s vice president.—Ed) Daddy hied away to our house in San Pedro to pray and ask for guidance. Just before he made that selfless decision which dismayed the family and his loyal followers, he told me, “That’s what papa would have done— it’s for the country.”

Later as Vice President and Secretary of Foreign Affairs, he again gave of himself to represent the country as best as he could so that the new government would be recognized by the nations of the world. He performed his duties with dignity, fairness and compassion. Up to the time he resigned from the Cabinet, he worked for the career diplomats to be justly rewarded.

Daddy ran for President in 1992 to “offer himself as an alternative.” In spite of the limited resources he had compared to those of his opponents, he fought hard, still determined to finish the race with his head held high.

When newly elected President Fidel Ramos offered him the chairmanship of the National Centennial Commission, he was grateful for the opportunity to be of service to the country. He accepted the offer, but on condition that he would not receive any monetary compensation. He would then spend the next five years on an intensive campaign, fanning the flame of love for country at home while strengthening ties with foreign nations.

What did 30 years of my father’s public life teach me?

I learned about selfless love and the importance of forgiveness. As he would say, “Never mind if others wrong you because they will have to answer for that. What is important is that you have not wronged anyone, and you can sleep with a clear conscience.”

Daddy was never vindictive toward those who maligned him and dishonored agreements, those who betrayed and abandoned him. Even if some well-meaning friends chided him for being honorable to a fault, he suffered the stabs of ingratitude in silence and still managed to smile while the rest of us wept over the many injustices heaped upon him.

“In the end, it is not money, position or power that matters—it is your faith in God, the love of your family and the continuing concern for your country.”

Finally liberated from Stanford Medical Center, he asked if he could fly to Manila. The doctors said he wouldn’t survive the trip. So he decided that he wanted to spend whatever time he had left with the family.

As soon as we arrived in our rented Odell home, daddy requested for music. Cocoy played the piano and sang, while Iwi and the rest of us joined in singing his favorites.

Daddy was happy. For seven days, mommy, six of us children, two sons-in-law and a granddaughter, and very close family friends tried to make him as comfortable as possible, showering him with all the love and affection we had been saving for him while he was in coma.

And when his time came, we surrounded him with a chain of prayers, kisses and embraces, singing “I love you Lord!” while the priest gave him the last rites. Daddy was at peace and with the Lord—free from pain, suffering and human strife. He had received the best reward.

Thank you, dearest daddy, for these treasured memories and for blessing mommy, my siblings and me with your life’s teachings. You will forever live on in each one of us and the generations ahead. You are and will always be our hero, and we love and miss you so very much! Happy, happy birthday!