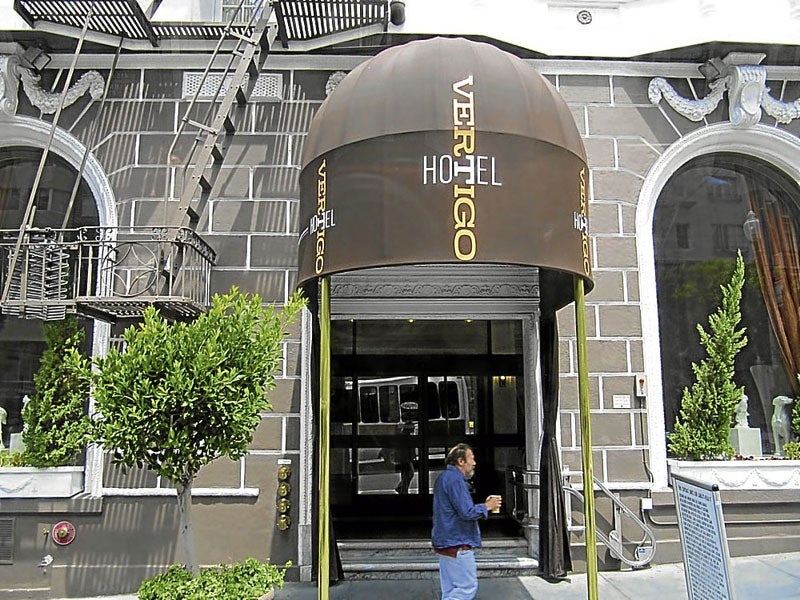 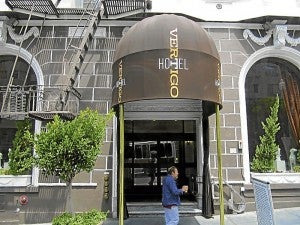 New York may have been the iconic setting for some of the most unforgettable Hollywood films, but San Francisco, with its scenic vistas and iconic landmarks, isn’t far behind.

Classic films and those of recent vintage were actually shot not on a soundstage, but in various locations in the “City by the Bay.” These cinematic gems include “Vertigo,” “Bullitt,” “Dirty Harry,” “Escape from Alcatraz,” “Mrs. Doubtfire,” “Pursuit of Happyness” “Milk” and, of course, “The Rock.”

Even the concluding scene of “Raiders of the Lost Ark,” where Indiana Jones (Harrison Ford) was reunited with girlfriend Marion Ravenwood (Karen Allen), was shot in San Francisco’s beautiful city hall, which is famous for its gold-lined dome.

In the late ‘70s, the city government came up with stricter guidelines on filming inside city hall after special effects used in the remake of “Invasion of the Body Snatchers” damaged a section of the wall and ceiling in one of the upper halls.

San Francisco is also home to such industry players as Francis Ford Coppola and Chris Columbus, and the headquarters of Pixar and George Lucas’ Industrial Light and Magic. Writers such as poet Alice Walker and novelist Danielle Steele, a pair that’s perhaps as different as night and day, also live in the city.

Movie fans as well as travel buffs can now satisfy their curiosity for films while taking in the sights by going on a three-hour airconditioned bus tour organized by San Francisco Movie Tours (www.sanfranciscomovietours.com).

It was one of several tour packages media participants chose from during the recent International Pow Wow held in San Francisco. Organized by US Travel Association, the annual event gathers US-based tourism-related companies and organizations to promote travel to America. 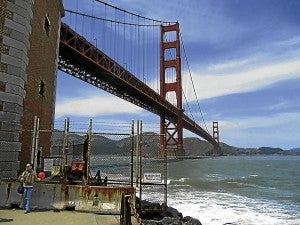 One of its highlights is the actual spot by the foot of the Golden Gate Bridge where Madeleine, Kim Novak’s scheming character, jumped into the water before being rescued by Scottie, a seemingly naïve and acrophobic detective played by James Stewart, in “Vertigo.”

It seems the late Alfred Hitchcock, dubbed by his legion of fans as the “Master of Suspense,” had a love affair with the city. He also shot most of his scenes there for “The Birds,” which starred Tippi Hedren, mother of actress Melanie Griffith.

A generation later, it was Griffith’s turn to shoot in the streets of San Francisco for “Pacific Heights,” also a suspense thriller with a different flavor, where she was paired with Matthew Modine as they squared off with Michael Keaton or, to be more exact, his deranged character.

Then there’s also the two-story Victorian-style white house Sally Field’s character Miranda and her three children called home in “Mrs. Doubtfire.” In what could be one of the biggest booboos in US film history, the film’s scriptwriters unwittingly revealed, through Miranda, the actual location of the house, including its number.

The particular scene, which was never edited out in the film’s initial run, saw Miranda giving directions to Mrs. Doubtfire (Robin Williams), the would-be nanny, as “she” answered the help wanted ad Miranda placed in the classifieds, to proceed to “2640 Steiner Street” for an interview.

“From then on, it became a must for fans to go to Steiner Street and have their pictures taken in front of the house,” said part-time actor Willy, our tour guide. “It didn’t take long for its owners to sell the house and move elsewhere. They probably found fans too noisy.” Equipped with a video monitor, the so-called “theater on wheels” runs nearly 70 movie clips juxtaposed with a good number of actual locations where the films were shot. These clips either refresh a movie fan’s hazy memory or, to the uninitiated, introduce and contextualize a particular scene for added appreciation.

Being an industry insider himself, our tour guide also shared  movie-making tricks that are virtually unseen to the untrained eye.

In a scene in “The Birds,” for instance, an ice-blond Melanie Daniels (Hedren) walks through San Francisco’s Union Square before reaching a street corner that was no longer actually part of the city. In fact, said Willy, the supposed San Francisco street corner was already shot on a soundstage. How did he know?

“Subtle changes in lighting, although barely noticeable, give the scenes away,” he said. “It was okay to shoot in an open space like Union Square, but Hitchcock probably wanted a more controlled environment for the street corner scene so he opted to shoot it on a soundstage.”

If you look closely, the chase scene in “The Rock” involving several cars and San Francisco’s iconic cable car didn’t  use a real cable car. It was actually a bus made to look like a cable car, except that it ran on giant tires instead of wheels on tracks.

“It was understandably harder and more dangerous to use a real cable car running on actual tracks,” said Willy. “The tires offered more flexibility for the movie’s filmmakers as they shot and reshot from various angles on the city’s sloping terrain.” 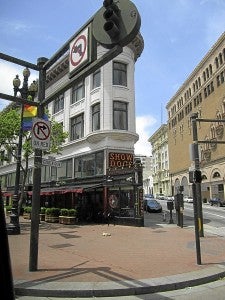 Then the scarlet-walled Ernie’s Restaurant, where Hitchcock shot a number of key scenes in “Vertigo,” was also a soundstage in LA. There was an Ernie’s Restaurant in San Francisco during that time, but for some reason, Hitchcock, the control freak that he was, thought it better to recreate it in a studio.

“The meals served in the restaurant scene, however, were authentic and came from the Ambrosia Room, another famous restaurant in California,” said Willy.

But for the poignant Fort Point scene also in “Vertigo,” where Madeleine made the plunge, as well as scenes involving the city’s other famous landmarks such as Mission Dolores, Union Square and the California Palace of the Legion of Honor, the director had to shoot on location.

On good days, tour participants can even interact with actual persons who either got mentioned or played themselves in a particular film. We found ourselves face to face with Rev. Cecil Williams, founder and “minister of liberation” of Glide, and his wife Janice.

In true R and B fashion, we were even treated to gospel music by a spirited African-American choir that was equal parts divine and equal parts show-biz.

Glide, a non-profit organization that doubles as a church and feeding center for San Francisco’s homeless, was the backdrop of Chris Gardner’s real-life journey from a top-notch stockbroker to homeless person.

His story inspired Hollywood to produce the “Pursuit of Happyness,” with Will Smith playing Gardner.

Williams had nothing but good words for Smith, whom he described as a “kind gentleman.” After bouncing back from life in the streets, Gardner even became one of Glide’s donors. He and his son (played by Jaden Smith in the movie) still drop by Glide occasionally.

“Chris Gardner told me that he’d never forget Glide for the unconditional love and acceptance he received,” said Williams. 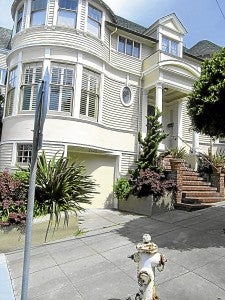 For sure, San Francisco is just one of many scenic and historic cities in North America, but because of a number of factors, it has become a favorite venue for filmmakers over the decades.

“I think its appeal has something to do with its size, location and elevation,” said Susana Robinson, executive director of the San Francisco Movie Commission. “The city is small and located between hills and the water, which makes it an ideal and accessible location for filmmakers. Its architecture and uneven terrain look great in films.”

Of late, San Francisco is losing out to such cities as Vancouver as an ideal film location. Insiders attribute this development to lack of government incentives and San Franciscans themselves, who are “notorious” for complaining about the presence of film crews.

What they don’t know is filmmaking, like tourism, brings in revenues not only from fees paid by producers to shoot in certain locales. Movie productions generate jobs for people in industries as varied as hotels, restaurants, caterers, car rentals, taxis, even dry cleaners.

The city government, said Robinson, hopes to lure more of these producers and filmmakers back to San Francisco by offering them incentives and so-called rebate programs.

Delta Airlines, one of International Pow Wow’s major sponsors, has several daily flights from Manila via Japan to key US cities in the West Coast and beyond.