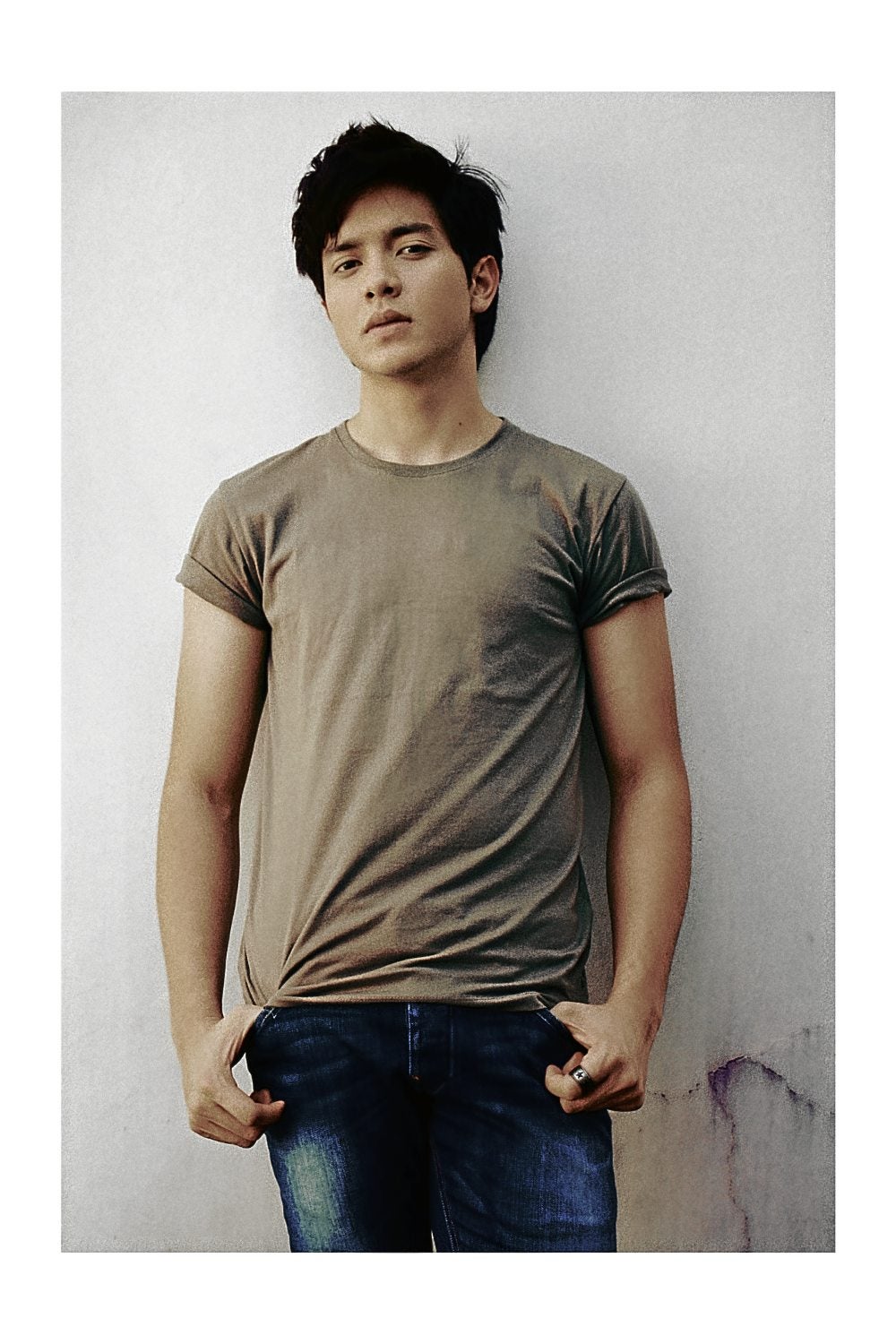 People are immediately charmed on their first encounter with Alden Richards.

Charm seems to emanate from him not just because of his looks, but from the way he talks from his heart. It’s the thrill of achievement, from his simple beginnings to attending his very first film premiere in Los Angeles. But he becomes even more charming when he talks about his family, a trait that can endear him no end to any Filipino.

Alden always starts off with stories of his hometown in Sta. Rosa, as he still misses some things he could do before, in a life that seemed a lot easier before show business.

The second of three children, the 20-year-old actor of GMA 7 Artist Center has always felt close to his loved ones. Ever the extrovert, he loves sharing the important events of his life on Twitter and Instagram (@aldenrichards02) with his friends, family and fans.

He’s eager to please his parents, having entered show business partly because it was always his mother’s dream to see her star performer in the spotlight. Later on, he says, he’ll consider 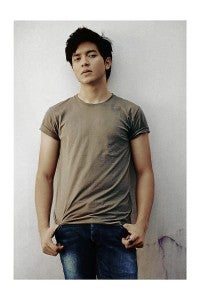 pursuing a degree in aeronautics to fulfill his father’s dream of seeing him travel the world as a pilot.

Alden can usually be caught listening to classics like Frank Sinatra, thanks to his close relationship with his grandfather. Clearly, Alden brings with himself a little piece of his family, defining himself as a Richards, while still evolving into a unique individual and performer.

And what is uniquely Alden Richards? He is a thrill-seeker who wants to experience life to the fullest. When he’s not bowling and playing basketball with his buddies, Alden likes to fire a few rounds at the shooting range or go wakeboarding at the beach. He would also go to the gym or go biking to keep himself fit. He enjoys the extremes—skydiving is one of the top items on his bucket list, but he also indulges in a relaxing massage every now and then.

So how did his journey to show biz start? Alden actually joined various reality-based artista searches but failed. Eventually, an audition conducted by director Mac C. Alejandre for an afternoon soap, “Alakdana,” was scheduled, and that was the start of everything.

Alden’s joie de vivre is expressed in nearly everything he does, particularly when it comes to performing. There’s a sparkle in his eyes every time he gushes over his love for the craft of acting, and there’s always a smile on his face whenever he entertains audiences on “Party Pilipinas.”

All those endearing boy-next-door qualities could go out the window, however, when the cameras start rolling.

Inspired by his idol Johnny Depp, Alden strives to be a chameleon when it comes to acting and wishes to have a long, prominent career like Eddie Garcia. He relishes the chance to play a wide variety of characters, doing so convincingly, thanks to his natural versatility.

His youthful exuberance, for instance, was subdued in his first-ever leading role as “Alakdana’s” Joma, a physically disabled hopeless romantic vying for the affections of Adana, played by Louise de los Reyes. Things took a 180-degree turn in his next role as Dennis, the crush ng bayan varsity captain with a heart of gold on “Tween Hearts.”

Alden later had audiences gripping the edges of their seats when he played the teenage Luis in the suspense-thriller “The Road.” The role had Alden show off his sinister side as a young serial killer traumatized by early childhood violence.

The young actor shares that it was his most enjoyable role to date, saying it let him act out the complete opposite of his normal personality. Playing a role with such an intense element of danger let him experience an aspect to life he found incredibly intriguing—one, he playfully assures, that won’t have anything to do with murder.

Alden’s depth as an actor has been recognized both commercially and critically. Along with winning the Yahoo! OMG! Philippines Award for Amazing Male Newcomer, he was also given the Golden Screen award for Best New Actor. His latest hit show, “One True Love,” is being reaired just weeks after it completed its regular prime-time run.

Amid the accolades and attention, Alden Richards still manages to stay grounded and accommodating. He approaches show biz with ambition, never forgetting how lucky he is to be sharing his talents with the world, as well as with deep appreciation.

Show biz, he says, brought out the best in him and taught him the value of responsibility. He is especially grateful for the sense of purpose it gives him, and the opportunity to make other people happy through his craft.

His charisma and considerable acting talent guarantee that audiences will always find something to love—and sometimes fear—about him.