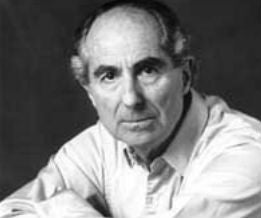 NEW YORK—Novelist Philip Roth’s decision to lay down his pen despite seemingly good health and his formerly unstoppable production at the age of 79, has stunned US literary circles.

The low-key announcement first appeared in the French cultural magazine Les Inrockuptibles and was missed by many in the United States, where Roth was one of the country’s “literary lions,” as The New York Observer said.

Then the news gradually spread, prompting surprise and some skepticism.

Posnock told AFP there could be a good reason behind Roth’s decision to quit, even if at some level he could go on.

“Artistically, I think it makes sense. I don’t think that (his recent work) is as strong at all as some of the works of the 90s, for instance ‘Sabbath’s Theater,’ or ‘Human Stain,'” he said.

“They required so much energy and concentration that he probably doesn’t have that left.”

But Posnock echoed other commentators, like The New Yorker’s Adam Gopnik, who think Roth may be eating his own words soon.

“I never expected him to retire… but I have a suspicion he may un-retire. I can’t imagine it being easy for him not to write,” Posnock said.

The speculation over Roth reflects his stature on the post-World War II literary scene, with writing that was at once comic, sincere, satirical and provocative.

“He is probably the greatest American novelist since Faulkner, in my opinion. Harold Bloom says it too, I’m sure many people say it,” Posnock said, referring to the renowned literary critic.

“He liberated a certain American vernacular… similar to what Salinger did in ‘The Catcher in the Rye,’ bringing out a vernacular of American idiom, but in Roth’s case more obscene, Jewish, urban, that had never really been heard before.”

The grandson of Jewish immigrants from eastern Europe, Roth grew up in Newark, New Jersey, and his own life and Jewish background were constant sources of material for his fiction.

The Observer said “he is the Jewish-American writer,” although at the same time “he made Jewish fiction mainstream, allowing Jewish writers to focus on something other than just being Jewish.”

That ability to escape being pigeon-holed and the universality of his message best explains Roth’s success.

As far back as 1962, literary critic Orville Prescott wrote in The New York Times that “Philip Roth writes out of his passionate interest in his fellow human beings.”

Five decades later, with his books taking up entire shelves in libraries, his retirement is “not just a sad blow, but also as a genuine shock,” critic James Walton wrote in Britain’s Daily Telegraph.

“It’s a bit like hearing that Keith Richards has given up rock and roll, or that the Pope is abandoning religion.”

All that remains to be done: “Give Philip Roth a Nobel Prize as a retirement present,” Walton said.