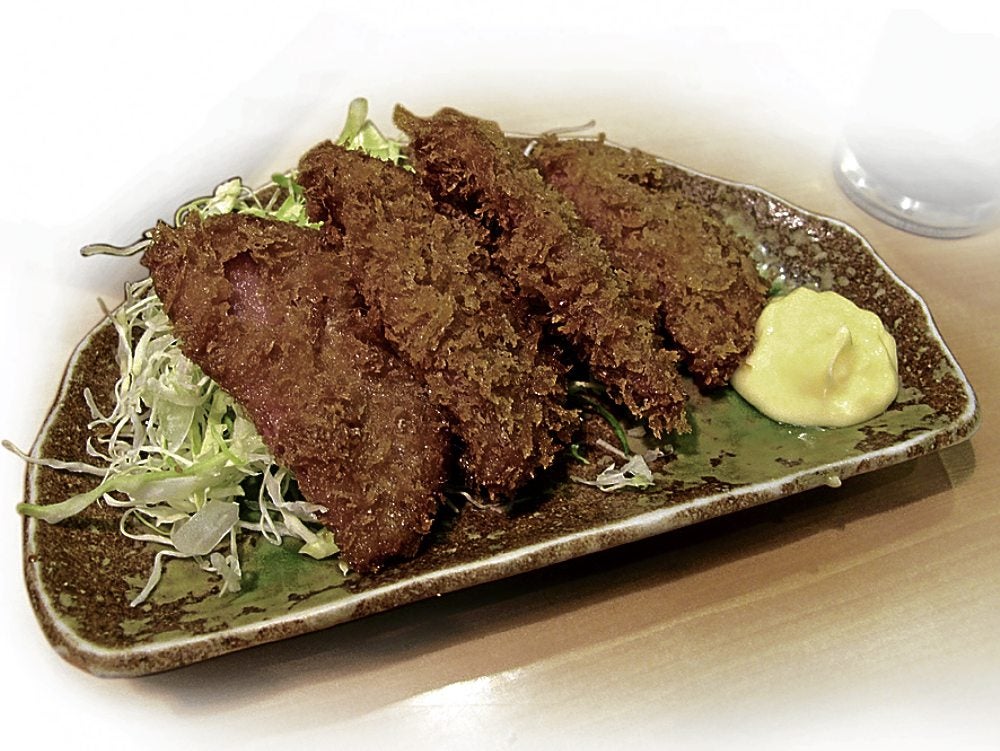 When I told history professor Dr. Rico Jose that I was visiting the National Archives of Japan to ask about their records on the Philippines, he suggested that I also go to see his friend, Dr. Takefumi Terada at Sophia University.

Sophia is one of Tokyo’s—and Japan’s—top institutions. It is run by the Jesuits and so it has a lot of linkages with Philippine academics.

Dr. Terada turned out to be a very jolly, friendly man. I felt instantly at home with him. It was clear that he was genuinely fond of our country, especially after we discussed how he was now documenting the networking efforts of Filipinos who had been devastated by the recent tsunami in northern Japan.

Things lightened up when he told me a hilarious tale about taking the train to Bicol. He had brought some beers for the long ride and was soon in a drunken stupor. When he woke up the next morning, he went out of his compartment to ask where he was, expecting that he would be very close to his final destination. The train, it turned out, was still in Paco. Something had caused a delay and they had not budged all night!

I would discover that he did his field work for his Ph.D in Anthropology dissertation in one of my favorite towns: Majayjay in Laguna. We were soon swapping stories. We were able to figure out just where he lived while in Majayjay. His old neighborhood was somewhere in the vicinity of the municipality’s Ermita or secondary chapel, near the Farmacia Limcuico.

When I mentioned the latter, Dr. Terada smiled broadly. I think I finally convinced him that I was quite familiar with his former haunts. Imagine, here we were in an office with a panoramic view of the Tokyo skyline and we were talking about a quiet little town lost in the Laguna mountains.

Dr. Terada recounted how he would walk around the Majayjay Plaza every afternoon hoping that someone would invite him over for dinner. Such invitations were, of course, quite welcome as they meant another delicious meal and a chance to learn more about his research community.

I laughed, thinking that as a tourist in one of the most expensive cities in the world, I, too, looked forward to being invited out by generous benefactors. I had taken to saving the rolls and sausages from the hotel buffet breakfast to cut down my food expenses!

So, when my new Japanese friend asked me to join him for a quick supper, I happily agreed, trying my best not to look overly pleased.

Before we set out, I was in for a surprise. The door suddenly opened to reveal Ambeth Ocampo, the famous historian. Apparently, he was at Sophia as a visiting professor; I had thought that he had already returned to the Philippines. It was Ambeth who suggested where we would go that evening.

Our restaurant turned out to be what in Japan is known as an izakaya. The word is supposed to be a composite of the words for “stay” and “saki wine store.”  As such, izakayas are, in fact, pubs where one could linger over one’s cups while demolishing a full dinner. This was where Japanese men came to drink, have a bite and get rowdy with their pals before heading home to their wife and kids.

Izakayas have been getting more attention recently. It has even been said that they may now be more popular than sushi bars. Dr. Terada pointed out that there were a lot of local politicians there that evening. It seems that patronizing an izakaya was a good way to project being close to one’s constituents.

We got things going with a drink called shochu, distilled from sweet potatoes. It can actually be made from rice, barley or brown sugar. The 1950s movie, “Tea House of the August Moon,” with Marlon Brandon playing a Japanese man with strange makeup, features a town in Okinawa resurrecting its economy by producing shochu.

Shochu has become quite popular perhaps because it is rumored to promote longevity. Ambeth showed me that the clear tipple is often mixed with “Hoppy,” a nonalcoholic beverage that tastes like beer. Of course, I couldn’t really understand why it was necessary to go through such a roundabout process. If one wanted shochu with the flavor of beer, why not just order beer?

It reminded me of a very old commercial which stressed that though it was possible to make Seven-Up look like a cola, what would be the point of that?

In the shochu and hoppy combination, the former is referred to as the “naka” or the inside. Meanwhile, the latter is the “soto” or outside. I suppose these linguistic markers indicate the notion that the real “spirit” of the cocktail is of course the alcoholic drink.

After the beverages came the food. First to be set on the table were a potato salad and then lettuce leaves with a thin film of a very salty sesame oil sauce. Somehow I couldn’t imagine a clutch of Filipino men drinking away with some fresh garden greens as pulutan.

The next dish after the vegetables was stingray. I was a little wary since it was actually illegal to sell this endangered fish in some parts of the Philippines. I also expected the meat to be too pungent. My misgivings were unfounded. Not only was stingray legal in Japan, it was delicious, charred and crisp, served with mayonnaise which countered the gamier notes.

There was also a plate of mixed barbecues: liver, chicken, beef as well as a large mushroom. Dr. Terada had also ordered skewers of minced chicken and a large breaded hamburger patty oozing with the richness derived from well-oiled pans.

We likewise had tofu and a robust chicken broth. I was perplexed to find a thick omelet among the evening’s selections. I suppose for the Japanese palette these all made sense: one needed the subtlety of tofu and eggs after the robustness of the barbecued meats.

What was perhaps the most intriguing for me was a serving of slices of Spam—yes, Spam! Dr. Terada pointed out that in places where there were American military bases like Okinawa and Hawaii as well as the Philippines, Spam finds a place in the local cuisine.

Interestingly, in Japan, the pork product is wrapped in local dress and incarnated as tempura. Meanwhile in the Philippines, Spam has become a prestige item with cans of the stuff being displayed for guests to see, in dining room cabinets along with fruit cocktail.

In the last part of our meal, our waitress brought us fried rice. It was a very simple affair with no pretenses except the promise of the beloved grains kissed with the tang of garlic. Dr. Terada rolled his eyes, commenting that Filipinos must always have their kanin. No traitors to our race, Ambeth and I promptly made short shrift of the dish.

I was very aware that in properly orchestrated meals during prestigious occasions in East Asia, rice is supposed to be served only at the end, to fill in the empty spaces. One is also not supposed to eat fried rice with a restaurant’s signature items, as the aggressive flavors will defeat everything else.

None of this gustatory wisdom detracted from the fact that the garlic-laced concoction we were served that evening after a full meal of delectable tidbits was absolutely delicious! Ambeth noted that he would order the same thing the next time he was at this particular izakaya.

I thought that our feasting would end when steaming cups of tea were bought out. But there was still more. Dr. Terada treated us to chocolate ice cream. Once again, I provided proof for that old adage: No matter how much one may have had to eat, there’s always room for dessert.

As we went home that night, my funny Japanese friend demonstrated to us that he could still recite the Hail Mary in Filipino. Laughing, I responded by saying the same prayer in Hiligaynon. Soon we were at the subway station and it was time to say goodbye. Typical of the innate courtesy of his compatriots, Dr. Terada insisted on going with me to make sure I got on the correct train.

It was a wonderful evening, but what truly made it an unforgettable repast was the fact that our host knew what tickled the palates of Filipinos. Yes, he had learned his lessons in Majayjay, Laguna, well—very, very well.