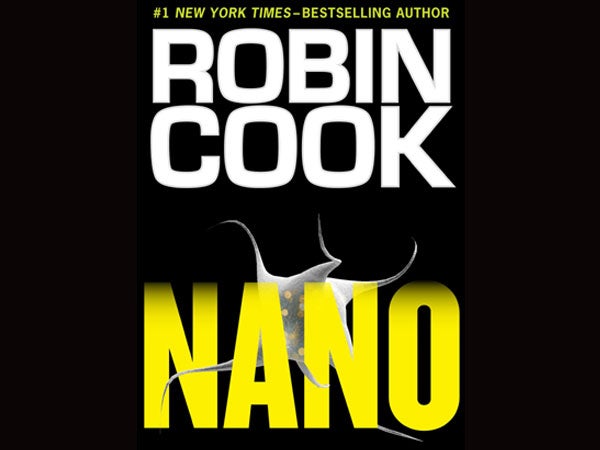 Review: Cook’s latest thriller is 1 of his best

Ever since his debut as a medical thriller writer more than 30 years ago, Robin Cook, M.D., has used everything from organ transplants to alien viruses as the subject of his novels. In his latest, “Nano,” he tackles nanotechnology.

It is an excellent choice, because public interest is high in this young science. Nanotechnology allows scientists to manipulate materials at the molecular level.

As the protagonist, the author brings back Pia Grazdani, who uncovered a murder disguised as a laboratory accident in Cook’s last novel, “Death Benefit.” She was a medical student then. Now, she is a researcher at Nano LLC, a nanotechnology research company in Boulder, Colorado.

Despite unwelcome attention from the company’s founder-CEO, who is obsessed with her Italian-Albanian beauty, Pia is happy enough in her new life. Then, a troubling incident occurs, and everything changes.

While out jogging, she finds a Chinese man lying on the road, seemingly in cardiac arrest. She rushes him to a local hospital, but before he can be treated, Pia’s company supervisor arrives with armed guards and two official-looking Chinese men and forcibly takes custody of the patient. Pia is ordered to forget about the entire episode.

The order has just the opposite effect. She vows to find out what all these Chinese characters have to do with Nano, and what is going on in the company’s high-security complex surrounded by barbed-wire fences.

In “Death Benefit,” Pia came across as a rather unattractive character, insensitive to other people’s feelings. In “Nano,” she has blossomed into a perfect protagonist for a thriller — gutsy, tenacious, expert in the martial arts and willing to take risks to get to the bottom of a mystery.