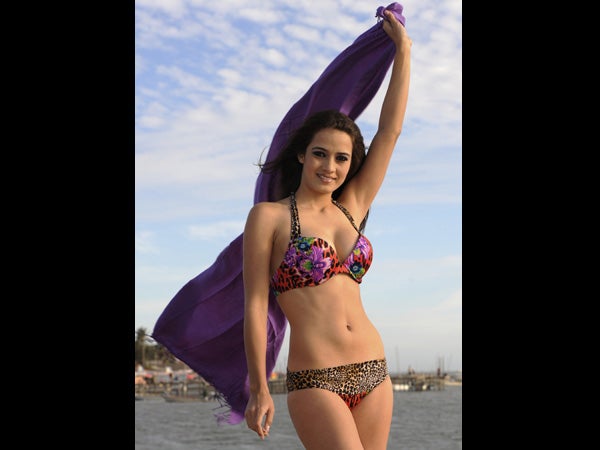 In this Associated Press file photo, Maria Susana Flores Gamez poses for a photo along the shore in Guamuchil, Mexico. The 20-year-old state beauty queen died in a gun battle between soldiers and the alleged gang of drug traffickers she was traveling with on Nov. 24, 2012. AP/El Debate, Marco Ruiz

CULIACAN, Mexico — A federal prosecutor says a Mexican beauty queen killed in a shootout between suspected drug traffickers and soldiers likely fired a gun during the clash in the Pacific coast state of Sinaloa.

Authorities had said that Maria Susana Flores Gamez was likely used as a human shield and that an automatic rifle had been found near her body.

Federal prosecutor Enrique Fedegrino said Tuesday that tests indicate there was gunpowder residue on her hands.

He said authorities are still investigating if she shot at soldiers.

Flores was crowned 2012 Woman of Sinaloa in February.

The slender, 5-foot-7-inch woman had competed with seven other contestants for the more prestigious state beauty contest, Miss Sinaloa, but didn’t win.