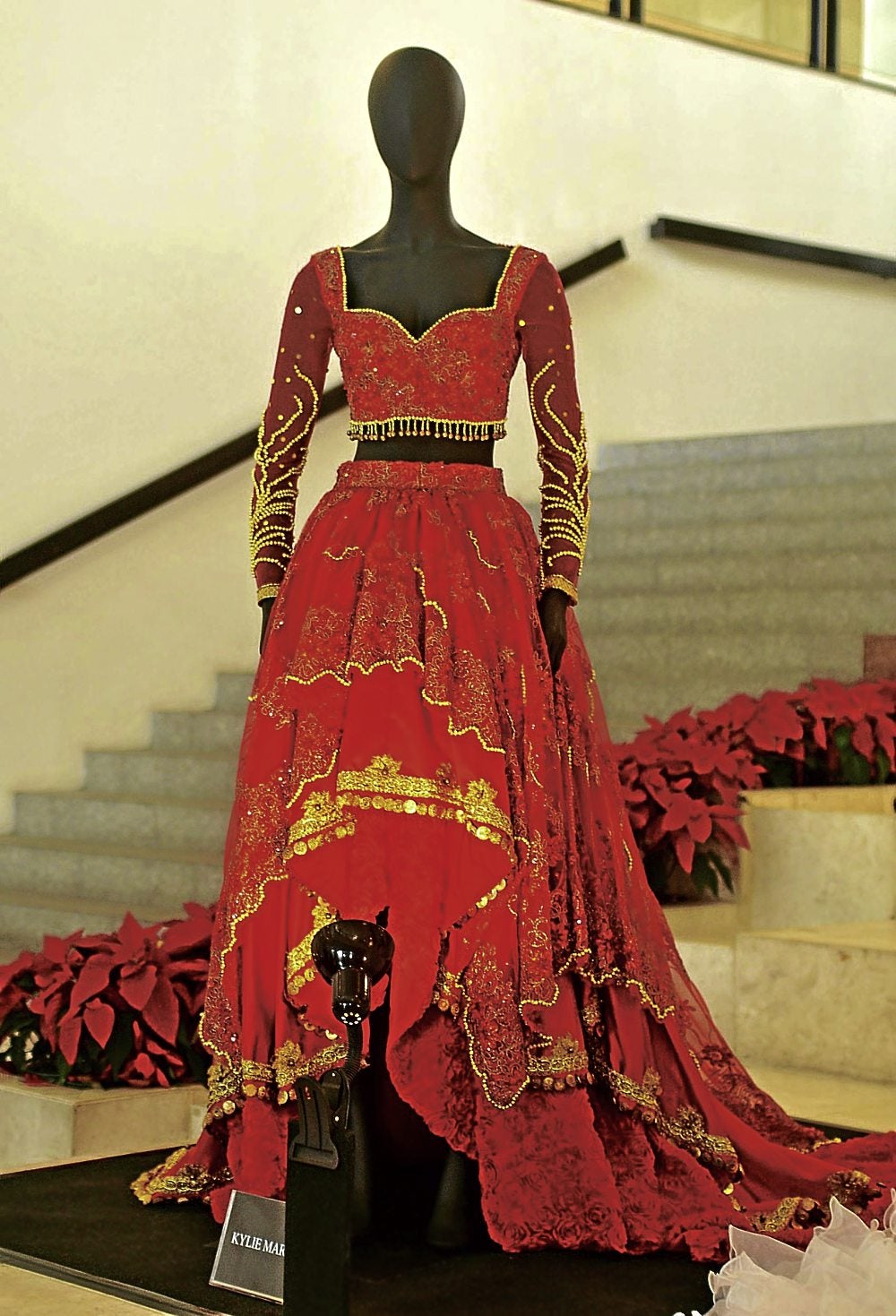 Deconstructed pantsuits and jackets, a winter terno coat, a reproduction of a ’50s party dress, and cutouts that represent the missing pieces of a loved one.

These and more were on exhibit when the country’s top fashion institution, Slim’s Fashion & Arts School, celebrated a successful 2012 with a first-ever public exhibit by its graduating class at the Gallery Area, Greenbelt 5, Makati.

“We make our students understand that the final result of your graduation is not a fashion show. Doing an exhibit like this allows the public to view their works up close and scrutinize them, whereas in a fashion show you see the pieces for only a few seconds. We don’t want them to get used to the 15-minutes-of-fame mentality,” said Mark Lewis Higgins, Slim’s co-director and son of the institution’s founder.

Higgins has reasons to be smiling these days, but like his perfectionist mom, he is not one to rest on his laurels.

“The thing that makes you stand out as a designer is your talent and skills, not necessarily which celebrities you know or dress up, or because the media happens to be your friends,” he said.

Higgins lamented many Filipino designers’ lack of skill in properly executing the national dress, or terno. Even worse, he added, the mediocre creations are what gets national attention, especially during the President’s State of the Nation Address.

“What makes a terno a terno are the sleeves. It has changed over the years, but the sleeves remain. We want to preserve the art of making the national dress. Our students, before they graduate, must be able to do all, from a terno to a wedding gown,” he said.

One of the final school projects was to design and create a terno. The herringbone winter coat terno with padded hips, executed by Stephany Verano, is a ’50s-inpired ensemble of upholstery fabric and wool. Verano has always been attracted to ’50s silhouettes and ’60s coats, and so she designed the national dress inspired by those decades.

Verano also took the challenge to reproduce a party dress designed in the ’50s by Slim’s herself. She added sleeves to the design, as suggested by Higgins.

“Looking at the photo, it looks very simple, but reproducing it has not been easy,” said Verano. “I couldn’t find the exact fabric, and the pattern cut had to be adjusted to fit it.”

Pefta winner Li-J Eleazar had a different inspiration. Eleazar, whose father passed away in 2010, said she had wanted to create a black golf collection in honor of her dad, but found inspiration in butterflies instead. Butterflies always made her think of her dad, and based on that, she integrated the cocoon shape into her dresses.

High collars with cone details represented Eleazar’s need to protect herself from others, something she said she felt strongly about after her dad’s passing. The shells, in this collection, represent her feeling of being protected, while the dress cutouts represented her dad’s absence from her life.

“Red is his favorite color, but yellow means happy memories with him,” she said.

Another Pefta winner is Nina Gatan, who exhibited her collection of deconstructed pantsuits and jackets. Her designs of disjointed sleeves already graced the cover of a magazine last November, worn by commercial actress/model Marian Rivera.

Dresses are 90-percent handmade and 10-percent machine, she said, as required by the school. “Pattern-making was hard. My clothes have to look like they’re breaking apart,” Gatan said.

“We produce the cream of the crop every year,” said Higgins. “As soon as they graduate they are equipped to open their own shops. I guide the students, with the teachers.”