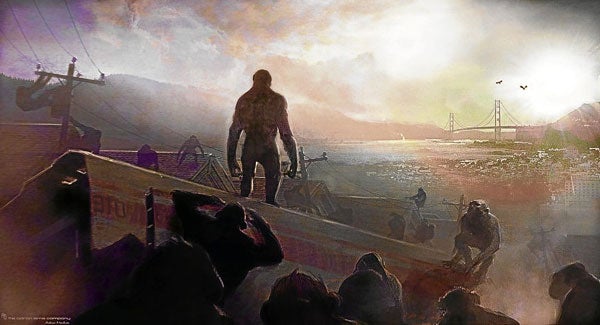 It was the imagination of French novelist Pierre Boulle that gave rise to the lucrative “Planet of the Apes” mythology. He wrote the novel “La Planète des Singes,” which he considered one of his lesser works.

This would be the novel that launched the science-fiction genre which became the bulk of filmdom’s phenomenal franchises.

The novel begins with a couple on a cosmic pleasure cruise who find a bottle floating in space, and read the message within. This tells the story of astronaut Ulysse Mérou who, in the year 2500, travels to a distant planet where he finds primitive humans and advanced talking apes, who dress like the people of 20th-century Earth.

Ulysse is captured and sent to a research facility where he’s adopted by a female chimpanzee called Zira, taught the apes’ language by her and her husband Cornélius, and, after making a speech in front of the ape president, is granted freedom. 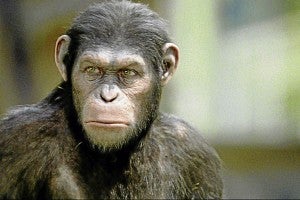 However, the conservative orangutans, among them one Dr. Zaius, are disturbed when Ulysse impregnates primitive human female Nova, thus proving he must be of the same species, and the ape leadership starts to fear him—especially when other discoveries reveal their planet was once run by humans who had enslaved apes.

Ulysse flees with Nova and their child, landing back on Earth.

He’s horrified to find that his own world is now itself run by intelligent apes, and flees, casting his testimonial into space.

Viewed from a modern perspective, “Planet of the Apes” is an undeniably strange franchise. It was both appealing to children, but also at times incredibly bleak. The Moebian twists and turns of its plot boggle the mind.

“Planet Of The Apes” was a product of its turbulent time, granted endurance through the power of its themes and the cogency of its core concept. It’s unsurprising then, that attempts to revive the franchise began as early as 1988. Attempts made by some very impressive Hollywood players.

Yet one was eventually made. After further attempts by Chris Columbus, Sam Hamm (“Batman”) and even James Cameron to find a new story, it was Tim Burton who, to use his own word, “re-imagined’ Schaffner’s movie, and Boulle’s novel, in 2001.

The film lacked any of the original’s resonance. Made in a more peaceful, prosperous time, it simply lacked conviction. It was, in a way, a product of the wrong time.

Screenwriter William Broyles Jr., at least, proved faithful to Boulle’s novel when it came to the twist ending, but this merely confused people rather than shocked them to the core of their beings. 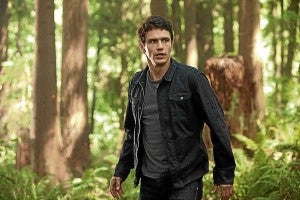 Even that was not to be the end of the franchise.

Once again, 20th Century Fox has returned to “The Planet of the Apes” with an entirely new concept, but one which is intended both as a franchise reboot and as a prequel to the original.

Now, in “Rise of the Planet of the Apes,” the apes’ origin is not found with the time-travelling Cornelius and Zira, or a cosmic virus which destroys the world’s cats and dogs. Rather, it’s the result of medical testing and genetic manipulation, as apes are experimented on in an attempt to cure Alzheimer’s Disease.

Caesar does return, though, to lead the revolution, albeit as a re-conceived character and now played by Andy Serkis— with groundbreaking new techniques to deliver compelling performances.

Those techniques involve the work of visual-effects company Weta Digital, and the same kind of performance-capture it used in James Cameron’s “Avatar,” although this time in a live-action environment.

Caesar and his fellow apes are digitally created, photo-real apes, depicted only at the start of their accelerated evolution.

The film’s main titles may read James Franco, Freida Pinto and John Lithgow, but the star of the show is entirely Caesar, and the story is likely to be perceived from his point of view. He is a fully believable sentient, thinking, feeling being who is likely to ignite empathy in all who immerse themselves in his story.

“Rise” director Rupert Wyatt, now the sixth to adapt Boulle’s source text for the big screen, has an interesting take on the series’ enduring popularity, one that considers its appeal on a more primal level.

“Thematically ‘The Planet of the Apes’ was very interesting and ambitious,” he says. “It had a whole level of social commentary. But the thing I think actually turned it into so much of a phenomenon and intrigued people so much was the whole idea of a primate that is so like us, but is not us.

“I don’t know whether it’s a base thing that primally we’re all kind of thrown by that, but when you hear an ape talk it’s not like a shark talking, it’s a very different reaction, and I think for that reason it fascinated people.”

“Rise of the Planet of the Apes” from 20th Century Fox, distributed by Warner Bros., opens Aug. 4.