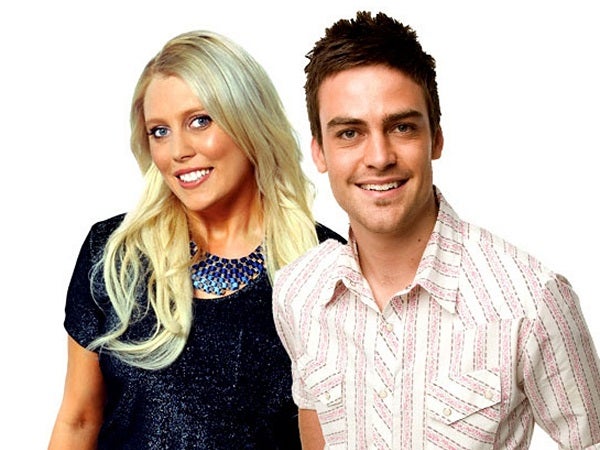 Britain has reacted with horror at the death of mother-of-two Jacintha Saldanha, 46, who is believed to have taken her own life after she was duped by two Australian radio presenters seeking news on Kate’s pregnancy.

Saldanha was found dead on Friday, days after she answered a call at the hospital from hosts at Sydney’s 2Day FM radio posing as Queen Elizabeth II and William’s father Prince Charles.

She had put them through to a colleague who divulged details of Kate’s recovery from severe morning sickness.

The nurse’s death has triggered a wave of anger at the Australian presenters behind the hoax, Mel Greig and Michael Christian.

Flowers were placed on Saturday outside the accommodation block where Saldanha’s body was discovered.

Media reports called her death a suspected suicide although police, ahead of a post-mortem examination next week, said it remained unexplained.

There was no receptionist on duty at 5:30 am on Tuesday when Greig and Christian called the private King Edward VII’s Hospital where Kate was being treated, and Saldanha had answered the phone.

“It was extremely foolish of your presenters even to consider trying to lie their way through to one of our patients, let alone actually make the call,” he wrote.

“Then to discover that, not only had this happened, but that the call had been pre-recorded and the decision to transmit approved by your station’s management, was truly appalling.

“The immediate consequence of these premeditated and ill-considered actions was the humiliation of two dedicated and caring nurses who were simply doing their job tending to their patients.

“The longer-term consequence has been reported around the world and is, frankly, tragic beyond words.”

At the family home in Bristol, southwest England, relatives and friends gathered round to comfort Saldanha’s partner and the couple’s teenage son and daughter, aged 14 and 16.

Reports said the family had moved from India around a decade ago.

A friend at the address said the family was “very, very shocked and unhappy at the tragedy”.

Neighbour Mary Atwell, 56, said: “She was a lovely, lovely person who always spoke to you when you saw her. You could always see that she was very dedicated to her job.

“Both DJs should be sacked they should never have been allowed to do what they did,” she added. “She would be alive today if they hadn’t have made that call.”

Rhys Holleran, chief executive of Southern Cross Austereo, said 2Day FM and the hosts had decided that the show would not return until further notice, “out of respect”.

“This is a tragic event that could not have been reasonably foreseen and we’re deeply saddened by it,” he told reporters in Melbourne, adding that the presenters who made the hoax call were “shattered” by the news.

But he also said he did not believe the station had broken the law.

In the phone call, in which Greig pretended to be the British monarch, Saldanha is heard saying, “Oh yes, just hold on, Ma’am”, before putting her through to another nurse.

The Sun said it was “heartbreaking and bewildering”, and a “needless tragedy”.

“No doubt she was distraught at unwittingly embarrassing the royals and her employers,” its editorial said.

“We can only guess at the inner torment of Jacintha, who after years of loyal professionalism suddenly found herself in trouble for something that was not her fault.”

A wooden cross with a British flag was left outside the hospital Saturday.

A note with some flowers outside the nurses’ accommodation block said: “Dear Jacintha, our thoughts are with you and your family. From all your fellow nurses, we bless your soul. God bless.”

The widespread shock at Saldanha’s death was in a sharp contrast to the excitement that greeted Monday’s announcement of Kate’s first pregnancy. The baby will be third in line to the British throne.