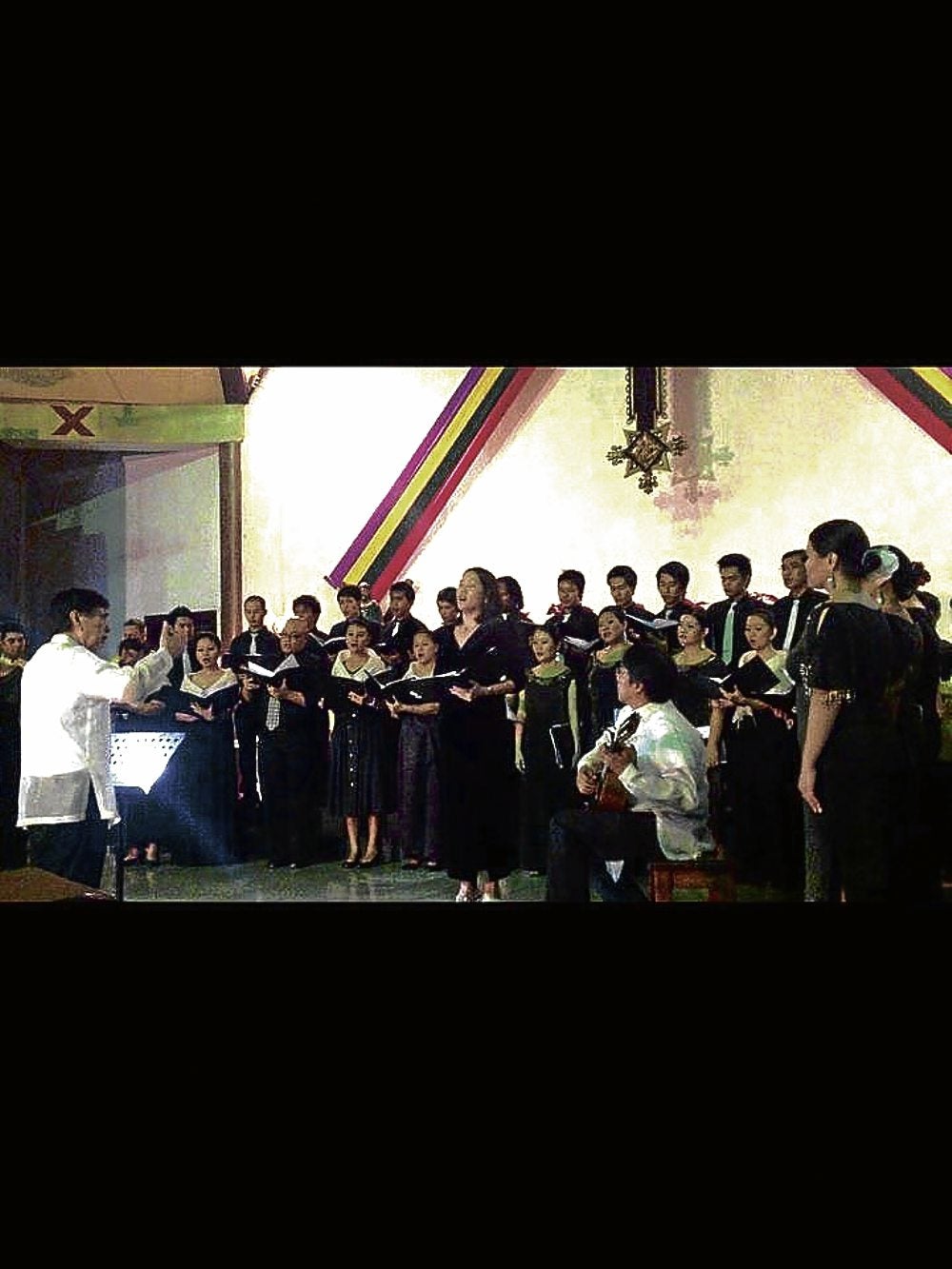 At the St. Luke’s Hospital lobby, baritone Jerome Sibulo, a doctoral student in Vocal Performance at the Indiana University School of Music, with collaborating pianist Naomi Sison, treated the hospital’s medical and administrative staff and walk-in visitors to a treat, “A Classical Christmas.”

The brief concert was a welcome respite for everyone in the hospital, a glorious moment of listening. The rich baritone of Sibulo reverberated throughout the lobby, reminding all Christmas was just around the corner.

At the outset, the young singer established rapport with the audience in the opening two operatic arias, “Papagena, Papagena!” from Mozart’s “The Magic Flute,” and “Riez, Allez, Riez” from Massenets’s “Don Quichotte,” which he rendered with abandon.

In the next oratorio aria, Handel’s “The Tumpet Shall Sound,” sung complete with the opening recitative, the baritone awed the audience with his long Handelian phrasing and brilliant high notes, indicating a secure, dynamic technique.

A meditative mood prevailed with the singer’s rendition of Schubert’s “Ave Maria,” which greatly hushed the audience to intent listening.

The ensemble between him and pianist Sison was handsomely crafted. It underscored superb meeting of the minds, so to speak, that allowed a remarkable fusion of artistry.

Yuletide classic standards such as Adolphe Adams’ “Cantique de Noel” and Pietro Yon’s “Jesu Bambino,” were ardently listened to. The audience curiously listened to Gruber’s “Stille Nacht,” without being distracted by the contemporary, irreverent collaborative part played by the piano that totally opposed the traditional flow of the melody.

It was a moment of dialogic accommodation between two opposing voices of the singer and the piano collaborative part.

The song was sung in three strophes, German, English and Filipino, to the delight of the audience, which afforded Sibulo and Sison with a hearty applause at the end.

Much earlier, at St. Andrew’s Theological Seminary Chapel, another concert was held presented by the Asian Institute for Liturgy and Music (AILM) with the combined choirs of AILM and Arwin Tan’s Novo Concertante Choir, in a “Messiah Spectacular,” with guests soloists such as soprano Stefanie Quintin, baritone Rainier Pagkaliwagan, pianist Mary Ann Espina and organist Victor Victorino, guitarist Ferdinand Marquez; with Francisco F. Feliciano and Arwin Tan sharing the baton, and Rev. Tomas Maddela as narrator.

The program was opened with the incantation of “To the Unnamed Light,” a choral setting of Rabindranath Tagore’s text by composer Feliciano.

This made up the first part of the program that included spirituals, classical choral works, contemporary as well as romantic Philippine songs, and carols.

The second part consisted of excerpts principally from the Christmas portion of Handel’s oratorio, “The Messiah.” Victor Victorino, on the organ, auspiciously opened the section, playing Bach’s Prelude in A Minor.

It was an absorbing moment listening to the monumental choruses such as “And the Glory of the Lord”; “And He Shall Purify”; “Glory to God”; and the famous “Hallelujah Chorus,” which the composite choirs tellingly rendered, all under the majesty of Feliciano’s conducting.

Community singing followed with the singing of familiar carols. This certainly was a welcome highlight of the concert, considering that these carols are starting to be less heard now as they were frequently listened to a generation ago. Their melodiousness, simplicity and apt lyrics make them festive songs fit for the celebration of Yuletide.

It certainly was a welcome treat to witness again Feliciano conduct. It was with ease that he conducted the chorus and led the soloists.

There was no mistaking the fact that he more than adequately knew choral music, as he had created voluminous compositions in the genre apart from symphonic and band music and opera, where he had shown equal adeptness.

It is hoped this concert signals Feliciano’s return to the concert stage as conductor.