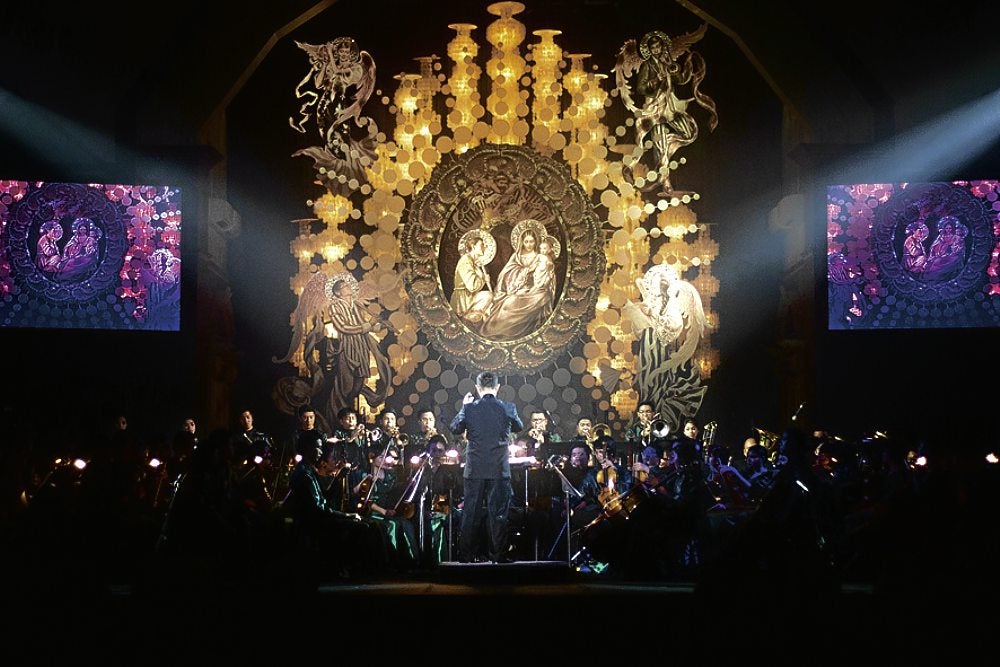 THE UST Symphony Orchestra under conductor Herminigildo Ranera with the background of the Nativity, designed by Gino Gonzales. PHOTOS BY JOHN PAUL R. AUTOR AND JOHN DANIEL J. HIRRO

One of the most disconcerting things about Christmas concerts is that you get an overdose of Christmas carols some of which are better off heard on noontime TV shows than showcased in a formal concert.

Sometimes the artists accept one engagement too many. On some nights, you hear them sounding like they have been staying late for days on end.

Most often, some concerts are not redeemed by new talents who can’t go beyond being “promising.”

But the latest edition of the UST Christmas Concert managed to elude holiday traps and musical clichés with a tasteful program enhanced by a dose of fresh singing from guest artists, most of whom are artists of consequence and homegrown talents from the University of Santo Tomas, which turned 401 years old this year, the oldest university in Asia.

Grand, focused and refreshing was the opening number, “A Brassy Christmas,” rendered by the UST Brass Ensemble with Christmas numbers tastefully arranged by Herminigildo Ranera.

Bayle’s nightingale voice beautifully floated above the orchestra, and hers was an enchanting voice seldom heard these days. 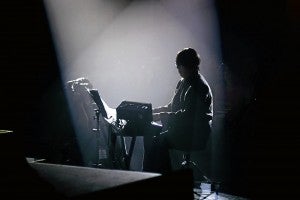 A cerebral feast for the ear was the rendition of Jose Mari Chan’s “Bells at Christmas” and Juan Silos Jr.’s “Kampana sa Simbahan,” by the Hail Mary the Queen Children’s Choir directed by Maria Theresa Vizconde Roldan.

If this number sounded like a gymnasium spectacular, it was because the soloists were pitted against each other with the ensemble singing like a vocal duel and confrontation. The applause was deafening.

Speaking of ensemble singing, the best treat came from the much-heralded UST Singers which sang Ryan Cayabyab’s “Ave Maria” with such verve while maintaining its delicate, haunting, parts.

For this music-lover, the seasoned soloists were the pleasant highlights of the concert.

Mezzo-soprano Clarissa Ocampo astounded with her “But Who May Abide the Day of His Coming?” from Handel’s “Messiah.”

Soprano Rachelle Gerodias’ rendition of Bach’s “Jauchzet Gott in Allen Landen,” BWR 51, once again highlighted her vocal agility, her solid coloratura qualities, which all found their mark in the difficult passages.

The epitome of vocal eloquence was baritone Andrew Fernando’s rendition of “Suo Gan,” again arranged and orchestrated by De la Cruz. A few pounds less and looking hale and hearty, Fernando interpreted the traditional song with breathtaking lines, the phrases sounding as though the piece had been composed for him.

He is one of the few singers who can make traditional songs come alive with rare vocal artistry. I believe this kind of singing is the hallmark of what authentic singing should be.

But the piece that brought me to the very essence of Christmas was cellist Renato Lucas and harpist Lourdes de Leon Gregorio’s rendition of Faure’s “Siciliene.” Also written for flute and violin with orchestral accompaniment, “Sicilienne” —this time performed for cello and harp—was just perfect for this Christmas gala heavily weighed down with Christmas carols.

The melancholy and pastoral scenes inherent in the piece found eloquent interpretation from Lucas and Gregorio. One thought this was the perfect Christmas gift one could wish for.

The concert culminated in a fitting finale where the community sang along with the performers, which all the more communicated the spirit of the season.

This UST Christmas tradition is 10 years old this year, and it is a good time as any for good musical recollections.

“It is a benefit concert, a gift-giving event, for the conservation and restoration of UST’s precious artworks and cultural treasures and for the development of musicians and artists of the school’s conservatory of music.”

The concert was also a means of thanking UST alumni, friends and benefactors, who have supported the conservation and restoration cause, even as it showcased the immense musical talents of the school, noted Fr. Isidro C. Abaño, OP, director of the UST Museum of Arts and Sciences and co-chair of the concert gala.

Maricris C. Zobel, Christmas gala co-chair, was profused with thanks for the supporters of the gala, among them Singapore Airlines, San Miguel Corporation and the Belo Medical Group.