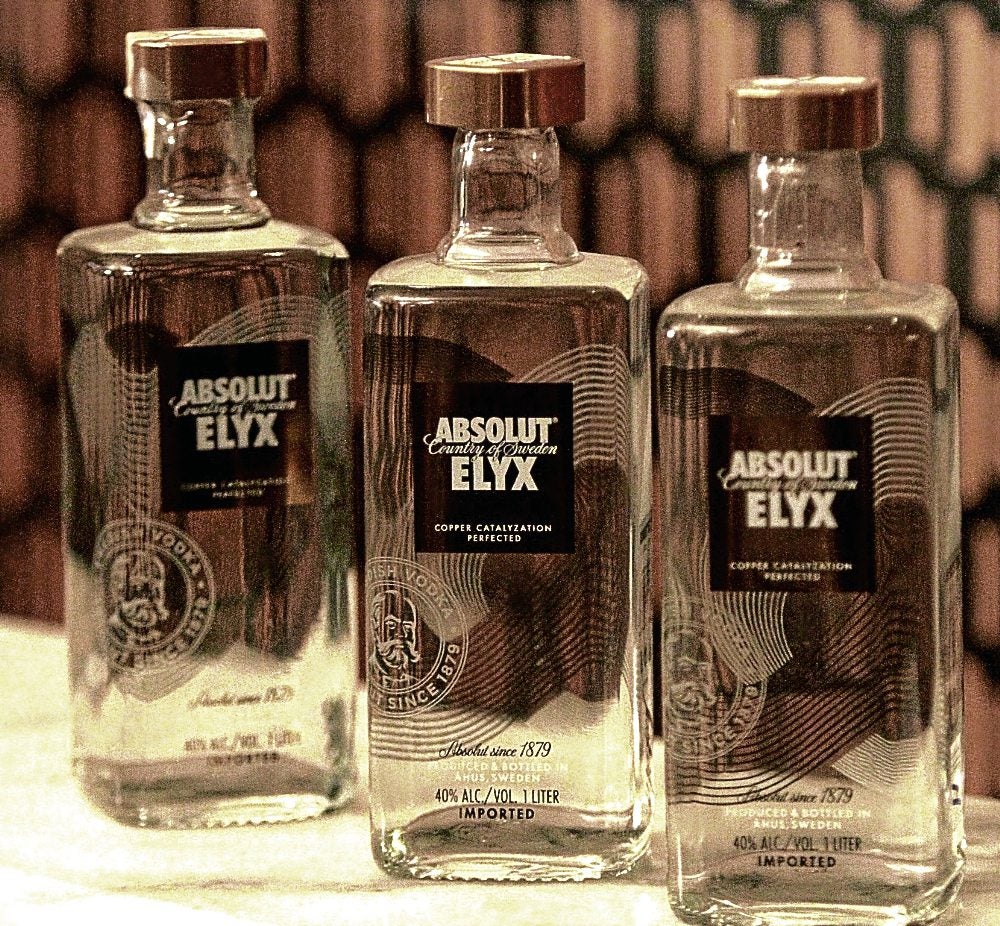 As far as Swiss vodka company Absolut is concerned, winter is the best time of year.

It’s the season that produces a more flavorful kind of wheat, the kind that’s used to produce the premium vodka that Absolut is known for. It’s what sets it apart from other manufacturers.

“Other manufacturers harvest wheat during the usual season, which is October,” said Marc Roland Rosales, Pernod Ricard Philippines commercial director. “Absolut Vodka harvests the wheat after winter. It’s called winter wheat; during winter, the wheat that survives have the most flavor that’s locked in them.”

“Absolut believes the wheat harvested after winter are the ones that offer the best taste,” he added.

To further enhance that clean, pure vodka taste, Absolut has gone back to a more traditional way of creating its signature drink—by using copper.

Its latest product, Absolut Elyx, is created using a copper rectification still—“basically, a big pot of copper that distills the different ingredients into vodka,” said Rosales. “We use copper because it’s believed to be the metal that best purifies during distillation.”

The process of using a copper rectification still is actually more tedious, since copper isn’t the sturdiest metal—which is why Absolut Elyx is made in smaller batches. Machines made of aluminum or iron are preferred when producing large amounts of vodka.

With the use of copper, however, Elyx has a cleaner, purer taste, earning the label super-premium vodka. Even its packaging is different; aside from the touches of copper, the bottle is more squared.

“We’re trying to get people to trade up to this kind of vodka,” said Rosales. “On special occasions, or after a long week, [it’s like a] reward for yourself. It’s like luxury in a bottle.”

And the best way to enjoy this super-premium drink? On the rocks; no add-ons like soda or tonic water.

“I think the best gauge of a good vodka is to have it with a big chunk of ice,” Rosales said. “Let the ice melt slowly; don’t mix it with anything, because if you mix it with another drink, you’re just masking the flavor.”