Imee Marcos ‘gets on with it’ in her hometown | Inquirer Lifestyle ❮ ❯ 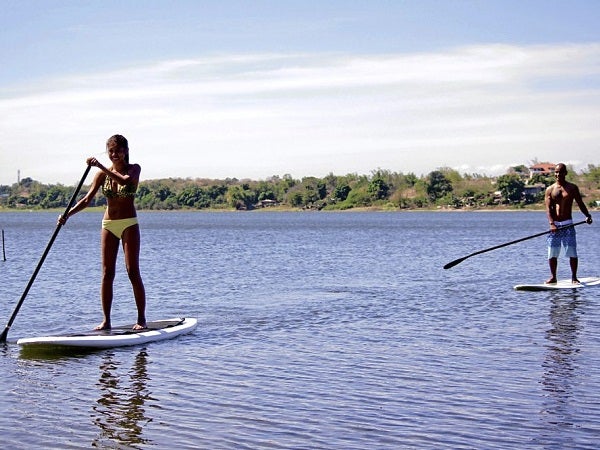 Imee Marcos ‘gets on with it’ in her hometown

Ilocos Norte Governor Imee Marcos is fixated on artist Juan Luna’s mustache. “Asian men have no facial hair. So why did he have this bush? ”

As a tribute to the first global Filipino who won international recognition for his art, his moustache became a signature for Ilocos Norte’s tourism campaign, “Paoay Kumakaway (Paoay beckons).”

“I’m isip-bata (childlike), and I like animation,” says Marcos. The moustache, which was digitally superimposed on people’s faces during the campaign, stirred curiosity. “We got silly about it.”

Since she took office in 2010, Marcos has built a governorship on a relentless pursuit of economic and tourism growth, cultural renaissance, openness and enthusiasm for all things Ilocano.

For so long, its local tourism industry was dependent on the Chinese, majority of whom came for the casinos. After the bungled hostage takeover in 2010, the country’s dispute with China over the Scarborough Reef and travel bans to the Philippines, international flights from Taiwan and China stopped.

“I got scared when Chinese tourists disappeared. I was worried about unemployment. Very little was going on. We were complacent then. It was a wakeup call so that they would not be dependent on casino tourism. We looked for a replacement. We’ve been lucky with tourism promotions.”

To attract the domestic and balikbayan market, Ilocos Norte focused on its strengths.

“It doesn’t look like the rest of the country,” says Marcos, referring to the province’s smooth road network, the absence of squalor and social equity. “There are no large haciendas. Just an average farm lot of 0.7 hectares for everyone. What stick out in countryside are the large wedding cake houses of the overseas Filipino workers (OFWs).”

The capital city, Laoag, may not be as picturesque as Vigan, the historic capital of Ilocos Sur, however, it is the transport center of the north. The Pan-Pacific Highway, the main artery that links the entire country, starts in Laoag. It is also the hub for air and sea travel.

“The urban planning here is more Washington D.C.—all grid done on a straight line. All buildings face each other.”

Marcos believes that Laoag’s unique identity spans centuries of heritage, from old churches to 21st century energy technology such as the Bangui Wind Farm. Plans are afoot to build a 20-megawatt grid-connected solar plant in the Philippines.

Marcos has endeared herself to her constituents by making herself accessible. With “Manang Biday” as her campaign song, the locals looked up to her as their “Manang,” a term of respect, meaning elder sister. (The 57-year-old governor wished she was “Ading”—a term for “young one”—instead.)

She then leveled the fences of the provincial capitol. “There were no parks for the children to play in, for the old people to walk around and for students to gather. The only green zone was the capitol hectare.  I would work late at night, and I never saw people walking around. That is why we tore down fences.”

Initially people objected, saying that it would pose a security risk. Marcos says Harvard research on terrorism reveal that fences “are where bad guys hide and do bad things at night.”

“If there are no fences and there are substantial surveillance, frequent patrolling and lots of eyes looking into the plaza, bad guys can’t do bad things. The center is a great advertisement for Laoag, as people walk around at 3 a.m.”

Likewise, the public was welcomed into the office. “In Manila, they speak of transparent and accountable governance. I believe in open governance.  On the charter day of the province, we opened up the provincial capitol, literally. Students see how government works and how departments process papers. We even opened a provincial safe to show tax collections, how they process the money and bring them to the bank.”

Another agenda is to make government properties more profitable. For one, a dilapidated building adjacent to the capitol was transformed into a retail center with a discreet SM logo. Its architecture blended with the capitol building.

“People never came to the center except for taxes and court cases. It’s all unpleasant. It’s important to make it lively. Now there is a kainan and a grocery.”

Marcos points out that the appearance of more stores is a good economic indicator. “Retailers have discovered there’s money here,” she says. “We’ve been ranked among the least poor of the provinces, and it has come from the remittances. But the jobs here have not kept pace with the population. We need to get up to speed.”

She renamed the Ilocos Norte Hotel and Convention Center into Plaza del Norte and hired a management group, 88Green, to run it. She hopes that the hotel would be the venue of choice for the MICE (meetings, incentives, conventions and exhibitions) market in northern Luzon.

La Tabacalera, an old tobacco warehouse, was turned into a museum and a lifestyle center. Marcos and several friends have invested in the restaurant and retail.  “It’s our aspirational version of Greenbelt,” she says. It offers a mix of bookstore, film showings, and a shop for products made by women’s livelihood groups.

“The Ilocano lifestyle has three components. First, mobility.  It’s a migratory population. Ilocanos have been traveling for work, not leisure. Second, Ilocanos like to work so long and so hard.  Lifestyle in Manila is about recreational activities.  Our work is our life. The commitment is awe-inspiring.  We don’t draw the line between work and leisure. Third are the small but sophisticated pleasures. Art is a big part. There are so many heritages because of churches and old houses. Every family keeps antiques. Another pleasure is sports. Bikers, wind surfers and trekkers. The Sand Dunes have become a sports center.”

She adds that there are groups with varied interests such as bonsai collectors, bird watchers and wind surfers. “I saw in a magazine that Ilocos Norte is the new Maui. The wind conditions are similar but we’re not crowded.”

On her favorite travel spots, Marcos cites the Kapurpurawan or the White Rocks Formation in Burgos, Pagudpud with its humpback whales in summer, the sand dunes, and Paoay Lake, which faces the Palace of the North and the festivals.

On local foods, she likes lechong baka, beef sashimi in Dawang’s, crispy dinuguan at La Preciosa. She insists that Batac, her father’s hometown, still offers the best empanada, while San Nicolas makes some of the best bagnet and longganisa. She likes the “underground pansit” which is a mix of leftovers.  She also enjoys going to the livestock market in Dayo,  Badoc town. She likes having breakfast with a hot bowl of soup with fresh meat.

Marcos has always been known to be a “fag hag,” for her collaborations with artists and designers who happened to be gay.

“My mom is the champion. My brother says there have been way more gays since I became the governor. It’s this emphasis on arts.  The badings have raket—landscape painting, architecture, dancing and tourism. Who else will manage the hospitality industry?”

When Marcos organized Tan-Ok, the Festival of Festivals, clearly, she says, the gay community was in full force, as dancers, choreographers and designers. Although Ilocanos are known for their frugality, the 23 participating communities presented big-budget production numbers depicting homegrown legends and specialties.

She notes, “We have sports. There’s a lot of testosterone in kite and sand boarding, wind surfing and combat shooting, for which we are now the center for Asia-Pacific.”

One of her biggest learning experiences is dealing the Filipino complacency. “I shake them up. Here I am trying to be a change agent. When ask how they are, they answer ‘kastoy latta.’ Same as always. The most difficult thing is establishing a sense of urgency. People are very kastoy latta. There is fatalism. I am learning that you can’t that throw out but at the same time you have to get to the new millennium.”

Still, she has allies. While the Paoay Church, a Unesco World Heritage Site, and its environs are being transformed into a Heritage District, a lot of construction is going on.  The redevelopment also entailed the transfer of a school, the priests’ residence and church council headquarters.

Marcos was apologetic to the community for the inconvenience. She was surprised that the laidback locals were urging her to finish the project quickly.

“Once they see the changes, there will be a nicer community space,” she says.

This summer, Marcos is running for reelection—unopposed. Ditto her entire slate in the Nacionalista Party. “People see that we are making a big effort. They see commitment and transformation.”

Once known as a fashionista, Marcos now lives simply. “I like staying here. It’s way more relaxed. I get a good night’s sleep, have a big farmer’s breakfast and get on with it.”